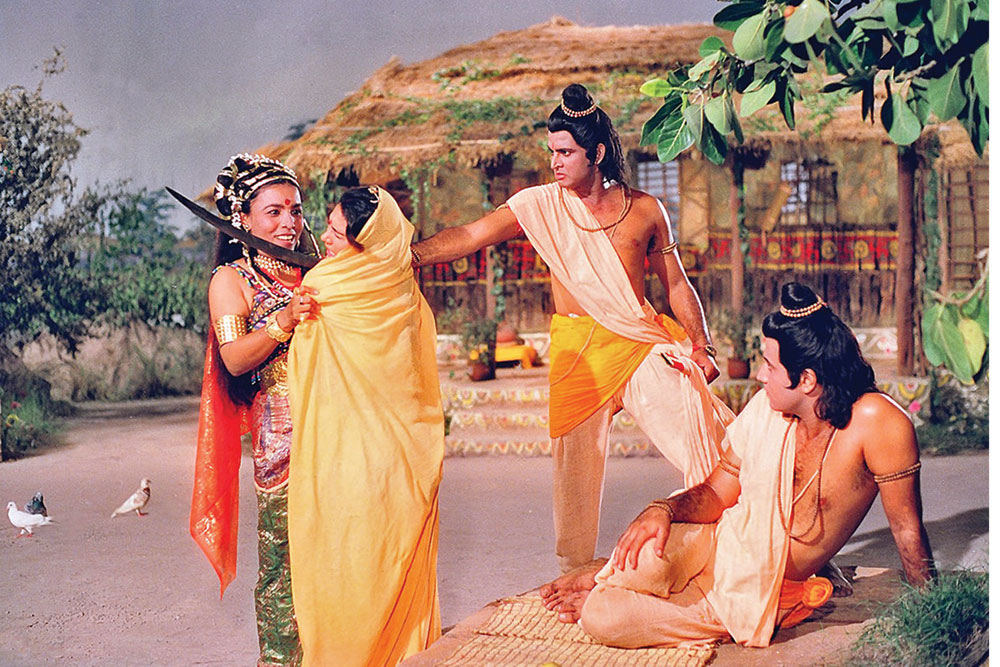 A scene from Ramayan


WHO WOULD HAVE imagined that a serial commissioned by a Congress Prime Minister, written by a producer-director who felt it was being communicated to him in parts by a statue of Hanuman, and conceptualised by a bureaucrat whose mother refused to eat until it was aired, would be seen, over 30 years later, as incentive for self-isolation in the Age of Coronavirus Lockdown? Its weekly airing on Sundays at 9 am for an uninterrupted 78 weeks would often be accompanied by burning of incense and tinkling of temple bells. And after it was telecast, beginning on January 25th, 1987, India and its people would never be the same again.

As India resumes its long-standing relationship with the Ramayana, which is being telecast on Doordarshan’s national channel twice a day, it marks the culmination of a big cultural moment. Ramanand Sagar’s Ramayan was not merely a seminal moment in Indian national television but also played a defining role in developing an Indian collective identity. Murali Balaji, lecturer at the University of Pennsylvania, says it played a significant part in mobilising a new generation of political Hindus whose activism had long been on the margins and it probably helped the Hindutva movement gain relevance within popular Indian culture, particularly in parts of India where Hindutva had previously been non-existent or marginalised.

How will a renewed India, with a verdict on building the Ram Janmabhoomi temple firmly in place, deal with the renewal of the Ramayana, especially given that there are so many other viewing platforms for Indians? Difficult to imagine but it does highlight how Hinduism, which was once a symbol of shame for many in India’s postcolonial middle class, has become more unabashedly public as India moves to embrace a more majoritarian society. Arvind Rajagopal, professor at New York University and author of the seminal Politics after Television: Hindu Nationalism and the Reshaping of the Public in India says he is not surprised it is being aired at a moment in India’s history where its scientific temper is being severely tested. “Science and religion are two paths of responding to the current situation. And most people do not see these as exclusive, it seems. In fact, since there has been little scientific knowledge available [testing is limited, there is no antiviral as yet, and many quack remedies are afoot] and a great deal of rumour, religious faith has been prominent as a means of dealing with the uncertainty,” he adds.

Screening the Ramayan is a turn to faith and devotion, but it comes armed with an intellectual defence.

So how did it all begin? The story goes that then Prime Minister Rajiv Gandhi had wanted Doordarshan to telecast programmes that highlighted Indian values and culture. He is said to have mentioned Ramayana and Mahabharata as examples. Bhaskar Ghose, who was Doordarshan director general when the series was aired, says information and broadcasting ministry secretary SS Gill took the Prime Minister literally and shot off two letters, one to BR Chopra and the other to Ramanand Sagar—both friends from their days as journalists in pre-Partition Lahore. Chopra was asked to produce the Mahabharata and Sagar was tasked with the Ramayana. Ghose says it should have been the other way around. “BR Chopra told me he was an Arya Samaji and would have been more objective on the Ramayana while Sagar was a follower of the Sanatan Dharma,” he says.

But it was not to be. While speaking to Rajagopal, Gill claimed that it was his idea, and that he had to assuage Rajiv’s concern about the resort to devotional programming. Gill claimed to be a “strong leftist” who saw the Ramayana as national culture, and in any case, as the culture of the majority. He was critical of Sagar’s rendition however; he had apparently expected something different. Perhaps BR Chopra’s Mahabharat serial, which followed the Ramayan, and offered a historical account of the story without devotional overtones, was what he would have preferred. But Ramayan set the template; both serials came to be seen as a Hindu efflorescence in India’s public culture. In fact, the Mahabharata is the older of the two epics. It is interesting to speculate what might have happened if Mahabharat was broadcast first, and Ramayan after that.


The Congress tried to claim credit, but the BJP was better positioned to profit from the event. It was after seeing the crowds gathering on Sunday mornings to watch the epic that the BJP decided to put its energy behind the Ram Janmabhoomi movement

In a new biography of his father, An Epic Life—Ramanand Sagar: From Barsaat to Ramayan, Prem Sagar has written that it was his father’s greatest mission in life to make Ramayan, and he was happy to be the medium. Shot at Vrindavan Studios in Umargaon, Gujarat, it had all the actors on 24-hour call because Sagar would often finish writing a set of dialogues at 3 am and it would have to be shot immediately. Ghose recalls that he had aesthetic issues with some episodes, and felt the extras looked scrawny and the costumes were shabby, looking like rags that had been put together. “He reshot them, though grumpily. And mercifully, Sagar restricted the long shots and stuck to shooting Ram and Sita in close up. As far as the actual content was concerned, it wasn’t my business to interfere,” he says.

Rashtriya Swayamsevak Sangh ideologue Ratan Sharda recalls the emotional and spiritual experience for people. “The older generation had seen many devotional films but with a compressed narrative. The young had not seen anything like this. Though technically very poor and nowhere near the sophistication of Mahabharat, its devotion and dialogues captivated those who were not familiar with Tulsidas,” he says. He remembers it as a virtual janata curfew, and a reconnection to a cultural heritage for those brought up in a Nehruvian ethos that the past was a barren place. “But Ram had lived in the nation’s collective memory with every tenth person from north to south having Ram embedded in his name,” he adds.
The Ramayan’s success was remarkable, and the public response was far greater than anyone anticipated. The Congress tried to claim credit, but the BJP was better positioned to profit from the event. It was after seeing the crowds gathering on Sunday mornings to watch the epic that the BJP decided to put its energy behind the Ram Janmabhoomi movement. Jay Dubashi, who was with the BJP, told Rajagopal this. In a way, the rest is history.

As for today, if Subramanian Swamy is to be believed, a Hindu rashtra has already been established. In other words, the battle to claim public space for Hindu culture, and to put every other group on the defensive, has been won, says Rajagopal. The serial’s broadcast only confirms this fact.

Yet, it is unlikely that Sagar’s Ramayan will enrapture a generation brought up on high-tech imagery and a global storytelling template. This is despite the new generation’s spiritual deficit, apologetic grasp of history, near-zero exposure to ancient and medieval India except in derogatory terms, and no parental education about culture and traditions, notes Sharda.

But those who see it will still feel enriched, he believes. Nothing like a spoonful of epic to make the medicine go down, is there? 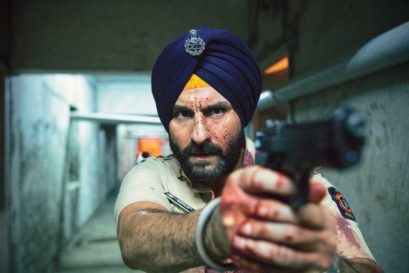