Rajdeep Sardesai’s cheering thesis is spoiled thoroughly in the execution 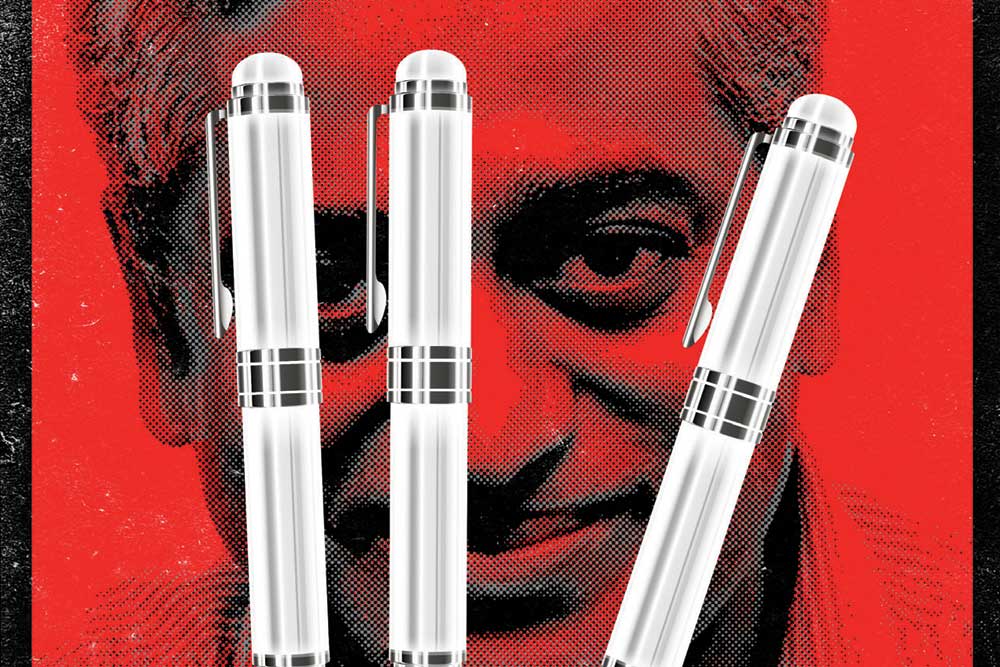 RAJDEEP SARDESAI HAS written a book that makes me very cross. Indian cricket has been badly served by its writers and cricketers. There have been few good books by Indians who have played or studied the game, and Rajdeep—an Oxford blue with a fine education—could so easily have written a book for the ages. After all, his idea is a terrific one. Instead, he has given us nearly 300 pages of trite rehashing and sentimental wind. Such a pity, and such a waste.

Rajdeep contends that 70 years after independence from the imperial people who gave us the game, ‘we could well argue that cricket is one of the few largely meritocratic activities in the country’. I scratched my head in search of contradiction when I read this, but I think he’s largely right. At the playing level, cricket in India is as close to perfectly meritocratic as anything in India can get, and as free of nepotism.

Cricket administration is another matter, but Rajdeep concerns himself with the players, not the officials. I feel secure—with even a faint sense of exhilaration—in saying that neither family connections nor regional affiliation (nor even affirmative action) will get a player into an Indian Test or one-day side if he is not demonstrably (or potentially) of international calibre. You cannot keep a good man out, nor bring a bad man in, for the wrong reasons.

The untalented son of an actor or politician or businessman may go on to be an actor or politician or businessman at the very highest level; but the offspring of a cricketer can never make the Indian team if he can’t make the sporting cut. The one counter-example I can think of is Rohan Gavaskar, the son of the great Sunil, who played a handful of times for the Indian one-day side in spite of his notable lack of talent. But Indian cricket was at a low ebb at the time, and the nepotism, if there were any, was tempered by the fact that Rohan himself seemed faintly embarrassed by it all. (Rajdeep does not, alas, delve into this case in any detail.)

This meritocracy, argues Rajdeep, is in contrast to the way Indian cricket used to be before independence, and even for the first 20 years or so after. The title of his book, Democracy’s XI, makes clear his view that cricket ‘is Indian democracy’s alter ego, a metaphor for hope in a ‘new’ and better India’. He identifies four ‘turning points’ in India’s post-independence cricket history, four junctures at which the game mirrored—or, in its own way, shaped—Indian society. These are, in rapid order: 1971, the year in which India won its first major series overseas, including one in England, thereby losing its cricketing inferiority complex; 1983, when Kapil Dev and his band of merry no-hopers won the World Cup in the biggest upset the game has seen to this day; 1991, when India’s economic liberalisation began in earnest, leading to an end to a government monopoly of the airwaves and an explosion in cricket coverage; and 2008, when the Indian Premier League (IPL) was launched, an unprecedentedly lucrative affair that consolidated India’s control of world cricket, as well as cricket’s grip on Indian culture.

Rajdeep, never a stylist, has not met a cliché he doesn’t press into service, and the best lines in the book are invariably those in which he is quoting other authors or the cricketers themselves

Very little of this stuff is original. Mihir Bose, Ramachandra Guha, Mike Marqusee and James Astill—among a host of others— have addressed these themes; but Rajdeep’s overt linking of cricket to democracy is new and refreshing. Unfortunately, this cheering thesis is spoiled thoroughly in the execution, by writing that is so slipshod, so ridden with casual clichés and exasperating repetition that one has to wonder whether this book ever passed through the hands of an editor. Certainly, Rajdeep’s choice of publisher—Juggernaut Books—is depressing. I have yet to read a book from their list that was decently edited, and it is obvious that they have no feel for cricket. (How else would an error as egregious as ‘V.V.S. Laxman’s magical 287’ at Eden Gardens slip into the book? Every cricket- lover in the land will read this and scream, “281, not 287!!!!!”)

Rajdeep has chosen to write about nine cricketers, who, with two others—Mahendra Singh Dhoni and Virat Kohli, players whose careers are still in progress—are the Eleven of the title. These are 11 players who are representative of important social or cultural trends in Indian cricket and society. They are also, with one exception, the finest cricketers to play for post-independence India, and include the Nawab of Pataudi, Bishan Bedi, Gavaskar, Kapil Dev, Azharuddin, Tendulkar, Sourav Ganguly, and Rahul Dravid.

The exception is the cricketer with whom the book begins, Rajdeep’s own father Dilip, a man who played one of the 10 finest knocks in Indian Test history—in scoring 212 in Kingston in 1971—but who was nowhere near being among the best players to wear an India cap. Rajdeep must, surely, be allowed this sentimental choice, but it pains me to say that his chapter on his father is the weakest in the book. It is mawkish and clouded. He cannot resist describing his dad’s deathbed moments as his ‘final innings’ (Editor, where were you?) and misspells ‘comunidade’ on the third page of the chapter. (If you’re going to make gratuitous use of Portuguese in your description of Goa, at least get the spelling right.)

In truth, every one of the chapters that follow is a disappointment, with the possible exception of the one on Ganguly. Rajdeep, never a stylist, has not met a cliché that he doesn’t press into service, and the best lines in the book are invariably those in which he is quoting other authors or the cricketers themselves. Bedi is particularly pithy in his conversations with Rajdeep, and the true value of this book lies in the access that the author— through being his father’s son, as well as a leading news anchor—has had to many of the cricketers he writes about.

The most poignant episode in the book is in Rajdeep’s chapter on Sachin Tendulkar, for which he seeks out and talks to Vinod Kambli. Kambli was Sachin’s schoolmate, born into a Dalit family, and he never hit the heights he’d promised to hit as a schoolboy alongside the prodigious Tendulkar. Kambli feels wronged by Indian cricket and society, and, from Rajdeep’s brief encounter with him, would appear to bear a significant political grudge. Kambli had issues with alcohol, fitness, and commitment, but never quite shook off the feeling that his low-born status hindered him with the cricketing establishment.

As Rajdeep leaves Kambli’s home after their meeting to talk about Tendulkar, the cricketer raised his fist and said, “Jai Bhim” (‘the rousing war cry,’ Rajdeep tells us, ‘of political groups in Maharashtra that swear by Dr. Bhimrao Ambedkar’).

A few days later, Kambli telephones Rajdeep to say, “Don’t forget to tell Sachin when you meet him that I love him very much.” Rajdeep promises Kambli that he will. It is a rare moving moment in a book that also promises to tell us much, but really doesn’t venture too far beyond the blindingly obvious.