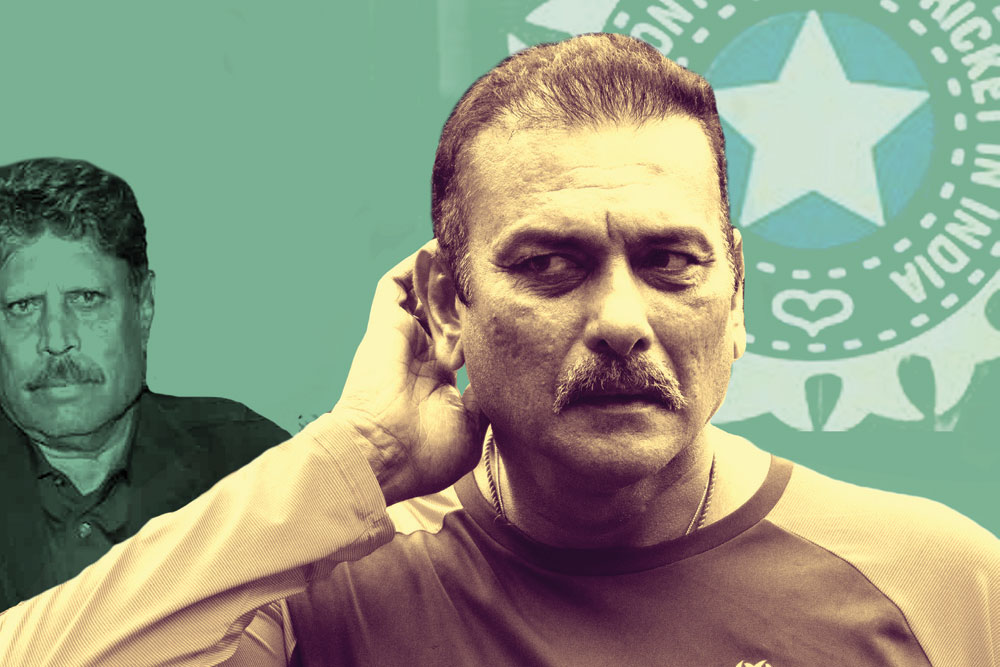 
SOON AFTER RAVI Shastri’s reappointment as Indian cricket team coach, a video clip began to do the rounds on Twitter. It was of a sting operation in 2000 by former all-rounder Manoj Prabhakar on Indian cricketers to show match-fixing in Indian cricket. In the clip, Shastri is heard talking about his anger after a declaration that made no sense. He goes on to tell Prabhakar that he wrote a newspaper column the next day blasting the decision. And when he found himself sitting in front of the captain and the coach on a flight, he made it a point to unfurl the newspaper so that they could see what he had written. The coach of the Indian cricket team and the target of Shastri’s ire then was Kapil Dev. There is some irony in the fact that it is Kapil, as head of a three-member panel or Cricket Advisory Committee, who has now reappointed Shastri from a roster of applicants.

The selection of the Indian coach has in recent times come in for both criticism and controversy. Part of it has to do with the role of the coach being very limited in Indian cricket at least, if not cricket in general. Unlike football, where the coach defines the team and is crucial to victory, in cricket, it is the captain who is the centrepiece around which everything else revolves. And Virat Kohli has been unambiguous about his preference for Shastri. Earlier, he had a fractious relationship with Anil Kumble, known to be a thinker and strategist but, as coach, not a yes man to the captain. While the BCCI maintained that Kumble willingly opted out of the position once his tenure had ended, last December, Espncricinfo reported about an email sent by Diana Eduljee, member of the Committee of Administrators which supervises BCCI, to COA chief Vinod Rai that said, ‘…Virat who frequently sent SMS’s to the CEO on which you acted and there was a change in the Coach. There also I had objected and my dissent is recorded when the timelines were extended for someone to apply as he didn’t apply in time. Mr. Kumble a legend in his own right was subjected to loss of face and made to look like a villain, he was gracious enough to move on for which I respect him. There also rules were broken and I had raised objections back then.’ The ‘someone’ that Eduljee refers to for whom timelines were extended was Shastri.

Kohli bats for Shastri because they share a great personal rapport. Even as the current selection process was underway, he made public his preference for Shastri to continue. Before leaving for the West Indies tour, he told reporters, as per an NDTV report, “Well, the CAC (Cricket Advisory Committee) has not contacted me on this. But all of us share a great camaraderie with Ravi Shastri and would definitely be very happy [with him around].” While their equation might be a good thing, the coach’s role is more than just a psychological foil for the captain and there is very little public information about what Shastri’s approach is to coaching. One of the parameters that the panel led by Kapil evaluated on was coaching philosophy but, as with all things BCCI, they did not make public the presentations that different applicants made. At the end of it, they released a statement that said Shastri had got the most marks, edging out Mike Hesson and Tom Moody, both of whom are veteran coaches whose philosophies and performances are well known.

Hesson, especially, had a long coaching stint with the New Zealand team and is known to be a shrewd tactical brain. He is in demand too. Soon after India didn’t select him, he got an offer from Pakistan to coach their team (he didn’t opt for it). He is known to be good with managing players but also a straight talker, unfazed by hierarchy. He famously asked New Zealand captain Ross Taylor to step down, something that wouldn’t be countenanced in India. The last time it happened here was when Greg Chappell got Sourav Ganguly removed as captain but it eventually led to a backlash against him by the team forcing him out. Hesson, on the other hand, went on to create the best record for New Zealand’s cricket team. A New Zealand Herald profile of Hesson after he quit the position noted, ‘What is more remarkable still is that near the start of his tenure few could have imagined he would leave with such a legacy of success and a reputation as one of the best man managers in cricket. In any case there are plenty of other triumphs for Hesson to revel in: A first ever World Cup final; an away ODI series win in South Africa; losing only three home Tests in 25; nudging the top of the ranks in all formats; defeating England in a home Test series for the first time in 35 years.’

And yet Shastri beat him on marks. The CAC didn’t give the breakup that the different applicants got. The parameters were: Coaching Philosophy, Experience of Coaching, Achievements in Coaching, Communication, Knowledge of Modern Coaching Tools. Based on these, Hesson and Moody, coaches for far longer than Shastri who almost accidentally stepped into the role by becoming a stop-gap arrangement in 2014, had a decent shot at getting the job.

After Shastri was selected, Kapil’s limited explanation at the press conference later was: “We all decided unanimously after doing the accounts and numbers which took us [a] little bit of time, definitely number three is Tom Moody, number two is Mike from New Zealand, very intelligent, very good young boy and number one is Ravi Shastri, which you all was expecting.” He said the BCCI gave them the parameters and they decided based on the presentations received. He made it clear that Kohli had not been consulted this time because then they would have had to ask the entire team, an argument which seemed to unwittingly suggest that when Shastri was made the coach the first time, Kohli’s interference was unwarranted.

Anshuman Gaekwad, another CAC member, said at the press conference that somebody who knows the system and players very well, can communicate well, has an advantage. There is some merit in the rationale. The team didn’t win the World Cup but it has not done too badly either since Shastri took over. He is aided by probably the best all-round line-up India has ever seen and a captain who has been in blistering form. But there have been rumours of rifts and camps lately, especially between Rohit Sharma and Kohli. If true, it will require the coach’s diplomatic skills to mediate. Are all the players as fond of Shastri as Kohli? Unsurprisingly, only the dressing room will know that. According to a report in The Print, the CAC asked Shastri about the Kohli-Sharma rift, and he replied that there was nothing to it. Repeated references to Shastri ranking high in communication skills, one of the parameters for selection, lend credence to the CAC not wanting to unsettle the boat. But then why invite other applicants? There might have been less potential for whispers if Shastri’s term had been extended without the process. India plays weak teams like the West Indies, South Africa and Bangladesh in the immediate future, and so there will be breathing space for a while. But when Australia comes to India early next year, the team will be tested. Kohli and Shastri will need to keep winning to keep the honeymoon going. 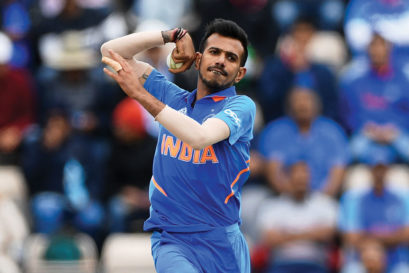 India’s wrist spinners Yuzvendra Chahal and Kuldeep Yadav might hold the key to the World Cup, something which Virat Kohli foresaw two years ago