The Wonders and Woes of Foreign Funds 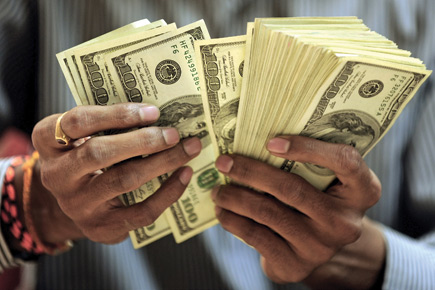 The RBI’s ongoing and so far unsuccessful resolve to defeat inflation by keeping domestic credit costly has been pushing Indian companies to mobilise funds overseas. The world’s advanced countries, still recovering from the Great Recession, remain keen to stimulate their economies and stoke some inflation (since deflation is dangerous) by keeping credit cheap. This has opened an opportunity for domestic corporations to take cheaper loans from banks abroad in foreign currencies. But is the interest rate differential the sole reason for their favouring foreign financial markets? “No,” says Nirupama Soundararajan, a capital market analyst with Ficci, “Interest rate arbitrage might be facilitating foreign borrowing inflows into the country, but that remains but one reason for seeking overseas funding.” As Indian growth aspirations get more ambitious, says Phani Sekhar, a fund manager at Angel Broking, “External borrowings are going to remain relevant for India even after this arbitrage vanishes”—which could happen once the West properly recovers and if India succeeds in taming its inflation under a new political dispensation.

Large sums of money would still be needed. Sekhar points out that the $1 trillion that India’s infrastructure sector needs as investment envisaged by the Twelfth Five Year Plan cannot be financed entirely by domestic funds. External borrowings would have to fill the gap. In all, despite the economic slowdown, India borrowed about $32 billion in 2013-14, about the same as the previous year, mostly in the form of ‘external commercial borrowings’ (ECBs) and foreign currency convertible bonds (FCCBs). Analysts estimate that the country’s demand for foreign funds might be higher this year if a regime change at the Centre results in a sharp recovery, as many market players expect.

However, every opportunity is fraught with risk, and foreign borrowings are no exception. The most feared negative possibility is that India’s economic scenario does not pan out as expected by optimists. Disappointment could see ‘hot money’ flee Indian assets. Additionally, if the next government is unable to ease the execution of mega-projects, then this would compound the problem. A currency crash would not only make foreign loans more expensive, it may make it hard for existing borrowers to service these. On top of all this, if India suffers a credit rating downgrade, it could set off a crisis. No wonder the RBI has quietly been shoring up its forex reserves. Governor Rajan must prepare for every eventuality.