With Reliance’s output only half the planned level, the Centre also gets less by way of earnings 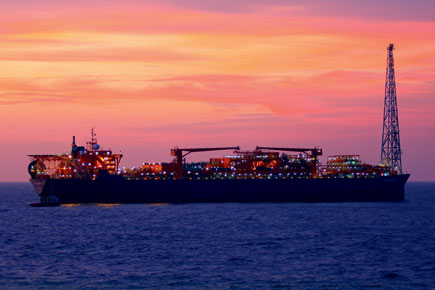 With Reliance’s output only half the planned level, the Centre also gets less by way of earnings


When Mukesh Ambani’s Reliance Industries Ltd started extracting gas in 2009 from the Krishna-Godavari (KG) Basin off India’s east coast, it was a moment of celebration for a country starved of energy. Thanks to the KG Basin, India’s gas output rose by 50 per cent in 2009-10. “Reliance created much needed wealth for the nation,” says Arvind Mahajan, a hydrocarbons expert at KPMG, “and that too, at a time when India needed it most.” This was seen as a success of the Union’s New Exploration Licensing Policy (NELP) that let private and foreign firms hunt for oil and gas reserves in India.

But that was then. Last week, Reliance slapped the Government with an arbitration notice to settle a row over how to develop and share earnings from the huge KG Basin. Under the NELP, an oil/gas discoverer was to share profits with the Centre after recovering its field development costs. Reliance alleges that the Centre would breach the deal’s terms if it disallows it to count costs of unproductive fields. The Centre is upset over Reliance’s failure to drill more wells, and the—partly related—decline in KG Basin’s output to just 40 mmscmd, half the figure earlier committed; this has left the Centre with lower earnings than it expected as its share. Reliance blames ‘technical’ glitches for the choke-up, something its partnership with BP is meant to resolve.

It’s one big muddle. The CAG had earlier accused Reliance of keeping more than its due share of earnings by overstating development costs—with a wink from corrupt government officials. Word was out that the Centre, stung by that, would try revising the deal to link its proportion of earnings with actual gas output, so that it still gets enough money in spite of any choke-up. The CAG, though, has stated that, ‘The Government has no option but to work within the constraints of the existing [deal] structure and clauses… to the fullest extent possible.’

The State-versus-Reliance saga has its origin in a flap over KG gas pricing. By the deal, the Government sets the price at which it sells. Right now, it is $4.20 per unit (until 2014). This is about twice the rate at which Mukesh’s estranged brother Anil Ambani’s firms would have got supplies if their family deal had been upheld (the Supreme Court struck it down), but is still too low for Reliance, say some, given that gas imports cost thrice as much or more these days. Could Reliance be holding out for a price hike post-2014?

Mahajan rejects the suspicion. “It seems a convenient answer, but is probably not correct,” he argues, “There do arise genuine technical problems in the exploration business, so linking the fall in gas output to the price issue is not a valid argument.” Yet, so goes a Sanford Bernstein report: ‘Reliance doesn’t believe it worth its while to invest additional capital in drilling wells if the price remains at $4.20 per unit.’ Mahajan agrees that the price needs to be upped: “Since the cost of exploration and development has gone up substantially, gas prices should reflect that reality.”