Rajeev Motwani, a Stanford professor who funded many Silicon Valley startups, will be remembered as a man who bridged the gap between the theoretical and the business world 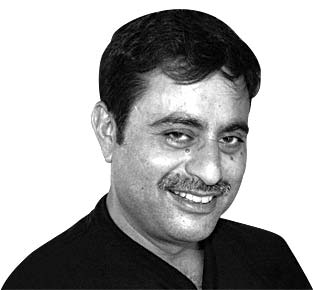 
A LITTLE after 5 PM on Friday, 5 June, an email about Professor Rajeev Motwani’s death from drowning in his pool reached a small group of people. As the news spread, it was greeted with disbelief and bewilderment in Silicon Valley and across the world. Motwani was, after all, only 47 years old, some would say in the prime of his life.

Before the evening ended, the Motwanis’ Atherton residence was filled with friends, peers and colleagues who had come to pay their final respects. The stream of visitors continued for the next four days, till the family finally tacked a note on to their mailbox, asking visitors to leave condolence in the guest book and give them some breathing space. Somehow, it’s only with his sudden departure that people are beginning to understand the key role he played in their lives, and in shaping their careers and thought processes.

A well-known theoretician in computer science, Motwani occupied a unique position in Silicon Valley. A teacher at Stanford, author and an astute investor (through DotEdu Ventures), he was instrumental in the birth of several start-ups, the most famous, of course, being Google. For a man who liked the quiet life, he somehow made time to meet all the venture capitalists, entrepreneurs and students who sought him out as their advisor, and connected them with others. “He was always ready and willing to help,” is the leitmotif of the rich tributes paid to him over the past few days. Known to be incredibly generous and open in connecting people, he unhesitatingly lent a hand to those who sought his help. Through his teachings, ritings and mentorship, too, he left behind an indelible impact.

“Rajeev was a rare guy. He was a brilliant academician and a very successful investor, and that is a rare combination. He helped the entrepreneurial community and the venture capitalist community by connecting people to one another,” says Kittu Kolluri of NEA, which has one of the largest venture capital funds in the US.

More importantly, Motwani made an indelible mark in the fundamental way we use technology. An alumnus of IIT Kanpur, University of California, Berkeley, and Stanford University, his research was in the general field of analysis of algorithms, the basic conceptual framework on which hardware and software are built.

His strength? “An incisive mind, unwillingness to compromise and a taste for picking things that mattered,” according to Professor Richard Karp, winner of the prestigious Turing Award and one of the world’s top computer scientists. Karp was Motwani’s PhD advisor at Berkeley. “Brilliant and agreeable fellow,” he continues, adding with a tinge of regret, “I underestimated him when he was a student because he was so independent. He knew his own powers. He looked at me for guidance, but usually did what he wanted. My respect for him grew over time.”

While at Berkeley, Motwani worked on data structure, and how objects can be arranged and indexed to retrieve them. After graduating, he did his post-doctoral study at Stanford University. “He was offered a position at Stanford right away, and that was a strong endorsement,” says Karp. Motwani joined the computer science department when he was in his late 20s, and taught for nearly 20 years as one of its youngest faculty members.

Through his prolific research and writings, he made fundamental contributions in the field of computer science, especially algorithms. His research interests included databases, data mining, information retrieval and web searching. He also won the prestigious Godel Prize for a paper that he co-wrote on PCP Theorem, which showed that many problems are hard to solve even approximately.

“He really perfected the skill of knowing what was worth working on,” says Professor Jeff Ullman, Motwani’s colleague and collaborator at Stanford University. Ullman was Google co-founder Sergey Brin’s PhD advisor.  “He was almost unique in being able to find problems that people actually cared about. Another beautiful thing was the way he brought students into this process. A lot of the top theoretical computer science students today were his students and they are in strong demand. Many of them are carrying out his work and doing theory that counts and matters,” adds Ullman.

The hallmark of Motwani’s research was to take theoretical insight into the practical domain, says Professor Moses Charikar of Princeton University, a former student of Motwani. He acted as a bridge and catalyst between the world of academia and startups. He brought the same clear-eyed thinking into the world of entrepreneurship and startups.

His first big success was with Google, which was born at Stanford at the height of the dotcom boom in the 1990s. “Officially, Rajeev was not my advisor and yet, he played just as big a role in my research, education and professional development,” writes Brin in his blog.

“In one of the meetings (at Stanford), Larry Page spoke about PageRank. We at once recognised this was a great idea,” Motwani recollected in a rare interview he gave to this correspondent. A shy person, Motwani was often reluctant to talk to the press. “Sergey and Larry started working on it, and I advised them on technology. They surprised me at every step. (Initially) the wise old men of Silicon Valley did not recognise them (Google),” he added.

“Rajeev helped put a mathematical foundation to Page and Brin’s work,” says Dr Prabhakar Raghavan, head of research at Yahoo!, who was working on a similar project called Link Analysis at IBM’s Almaden Lab at the same time. Raghavan recollects that sometime in the mid-1990s, Motwani called him to say that they (Brin, Page and he) were not interested in writing papers and that Brin wanted to start a company. This is how Google was born. Raghavan and Motwani, friends from their Berkeley days, have co-written two books, Randomized Algorithms and Introduction to Automata Theory, Languages, and Computation, which have now become staple textbooks in computer science departments around the world.

While Motwani believed strongly in startups and innovation, he was not a believer in the garage startup mentality. He once said, “I don’t believe any deep innovation comes from the garage. They only slap together a piece of code there.” He brought the same rigorous thinking that he used in his research and teaching into the entrepreneurial world.

How did he help startups sitting on their board or as advisory member, I had asked him during the interview. For a second, there was a flash of annoyance in the eyes of a man known never to lose his cool or allow his private thoughts to be evident. “I have a lot of experience in how companies go wrong. There are predictable mistakes they make: bad recruiting, greed and secrecy. A good board can manage these issues and this makes or breaks a company,” he’d said.

On a personal level, Motwani honed the art of maximising his time and getting optimal results. Known as a laid-back person, who liked to do the listening and let others do the talking, it seems he picked a randomised algorithm to make efficient use of his time as teacher, researcher, investor, mentor and family man.

He was something to everyone: a respected author, an organised teacher, an astute investor and a great friend. And Motwani also appeared to have perfected the art of making quick and efficient decisions given the one constant in our lives: imperfect information.