The Deal Our Bureaucrats Deserve

Instead of going the corporate way with top government jobs, a better HR model for IAS officers would be the tenure system that US universities like Harvard have for professors 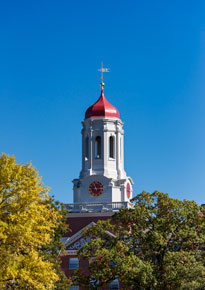 There is something amazing about how India Inc is getting to become India’s Shining City upon a Hill, as the phrase goes. In welcoming the latest Pay Commission recommendations on salary hikes for Central Government employees, at least those at the top of the scale, many commentators have made comparisons with private sector pay packages. If a CEO of a mid-sized company is paid upwards of Rs 1 crore annually for a job that assures the jobs of thousands, why grudge a senior secretary who oversees plans that influence the lives of millions his or her Rs 30 lakh?

That government workers deserve pay hikes is not in doubt. Also, the 24 per cent proposed is not all that much, given that the scales were last upped several years ago, a period during which inflation was raging well beyond the safety range of 4 per cent for the most part. The trouble lies in the arguments offered, especially for top bureaucrats.

One underlying notion that usually goes unstated is that anyone with top authority at his or her disposal ought to be paid extremely well—as an incentive to resist enriching oneself through shady means. In a roundabout way, with all due respect to their professional skills, this is also why bankers often earn outrageous sums: since they take calls on matters that involve vast sums of money, having more than enough for themselves makes it likelier that these decisions are taken in the bank’s interest. In some ways, and even egalitarians like John Rawls seem to accept an equal-access version of this, that’s also the rationale for the lives of privilege every society accords its rulers. Royals, goes the logic, can afford to think beyond their own welfare.

Now, top IAS officers are not royalty, despite rumours in the interiors to the contrary, but it’s indirectly what’s implied by the correlation being bandied about between low corruption and high public service pay in richer countries. Pragmatic as that pitch certainly is, it depresses me to think of it as public policy—not least for what it assumes of their work motivation. Those who’d call me naïve may point to the failure of the Command Economy, which invested too much in woolly idealism and too little in economic incentives. But even so, is the corporate model really as appropriate as it’s being made out to be?

The money earned in business is a reward for risk. For an executive, this could mean getting axed for one’s failure to achieve a target. It’s rare in India, given our patterns of corporate ownership, but CEOs in capitalist countries like the US routinely lose their jobs on the turn of a stock price. Ask Carly Fiorina, former chief of Hewlett Packard and now a Republican in the fray for the White House. Political leaders could argue they’re susceptible to far worse. Career bureaucrats, in contrast, cannot be sacked; transferred, yes, but not deprived outright of means to feed their families. Even if they play Humphrey ‘Yes Minister’ Appleby to their Jim Hacker, it’s not them but the politicians under whose stewardship they operate who must bear the brunt of an electorate’s wrath if things go wrong.

An apt response to this problem of relatively riskless reward, many argue, is to take another leaf out of the corporate HR manual and put bureaucrats to the discipline of performance reviews. At first glance, this is a splendid idea. After all, accountability is important in any job. However, adopting the practices of India Inc for bureaucrats need not work out as well as one might imagine. This is largely because a company executive’s role is usually far more clear-cut by way of KRAs—or ‘key result areas’ as the jargon goes—than an IAS officer’s. While both demand crisp ideas, some spunk and innovation, profit is ultimately easier to measure than welfare. The latter often involves a nuanced approach, the benefits of which may only be apparent decades after a model is tested or an initiative taken. In that sense, it’s more like academia. It is fraught with controversy too, what with so many varied views, and also vulnerable to the whims and vicissitudes of politics.

A far better model, instead, may be the one that American universities have perfected. Professors are picked on merit and granted tenure, which assures them a lifelong career in academia. Once judged worthy of it, they cannot be ousted. They are paid just enough to get by, but are free to work by the dictates of their conscience no matter what others make of their convictions or leanings (a point of security that’s not too irrelevant in India). With anxieties out of the way, many dedicate themselves to the selfless pursuit of a better future for all—like our best IAS officers. So, sure, let’s hike their salaries. But let India Inc not be the model we adopt.