The Case of a Reverse Oil Shock

Has OPEC been rendered a relic of the past? Saudi oil price aggression suggests so, but tensions in the Middle East could flare up 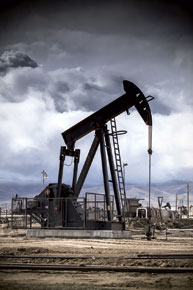 Has OPEC been rendered a relic of the past? Saudi oil price aggression suggests so, but tensions in the Middle East could flare up

What’s going on? This time round, it’s not 4 Non-Blondes asking, but energy market analysts around the world. The global price of crude oil, which slipped below $66 per barrel on 9 December, a five-year low, is on a slide that some say could easily take it under $50, about half of what it was in June. The instant response of economy watchers and inflation hawks—and doves and owls, the RBI included—to cheap oil is usually one of relief. It eases the central bank’s job of keeping general price levels in check and the Centre’s task of balancing its expenditure with revenues. For oil importers such as India, it’s a market stimulus, since it puts more money in people’s wallets. All those pops of Champagne corks are no surprise.

Should one, though,wait and watch for what else it might imply? An oil shock of any kind—sharp or mild, negative or positive—could have a geopolitical fallout, after all. Back in 1973, a megashock sent the world economy reeling, reshaped a set of industries and got the US all worked up over the Middle East; yes, the one associated with the Arab oil embargo in protest against America’s support of Israel in that year’s October war. The move was okayed if not openly led by Saudi Arabia, boss of the Organization of the Petroleum Exporting Countries (OPEC), a cartel that has sought command of global oil prices ever since by keeping its supply in control.

On a 1970s-shock scale, the current one is mild and clearly good for India’s economy. An explanation of the slide is that slackening world demand coupled with a spurt of shale-oil supply in the US has busted an artificially high price. By 2014-end, some reckon, thanks to a recent frenzy of frackers whooshing oil out of tight shale formations, America would rival Saudi’s daily average output of 9 million barrels. This is no shift to sniff at: last year, the US got out 7.5 million barrels a day, up from just 5.7 million barrels in 2011. It’s been a swift upswing.

To some observers, it’s a spectacle that speaks volumes of OPEC’s loss of power. In late November, the cartel said it would not clamp supply to support the price. Has OPEC been rendered a relic of the past?

Part of the answer may lie in the stance of Saudi Arabia, the so-called central banker of global oil, which appears to have greenflagged a market war by deploying what it sees as its Brahmastra: predatory pricing. With almost a trillion dollars piled up in cash reserves, it can afford losing half its oil revenues for a rather long period. Earlier, the Riyadh- based Oil Policies and Strategic Expectations Center had hinted at Russia and Iran as targets of a price attack. Among OPEC members, Iran’s regime is hit the hardest by cheap oil. Algeria, Venezuela, Nigeria and Iraq have been rocked too. They need oil to stay above $100 for their budget math to work, and their anger spells an end to cartel unity.

As oil nears $60, however, suspicions have arisen of a grander Saudi target. Note how America’s oil investors and frackers have taken fright; such a low price may leave many hi-tech-but-costly projects unprofitable in the US. Something of the sort was played out in the mid-to-late 1980s as well. Saudi wells, having failed to push prices up with an output clamp, suddenly turned super-gushy in an effort to threaten offshore rigs (think North Sea). If Saudi Arabia can afford to play such a switch-hit game, it’s not only because its average extraction cost is under $6 per barrel ($4 for older wells), it can vastly boost or stifle supply by diktat almost overnight: this is how it wields ‘central bank’ power with just a third of OPEC’s pie, which itself is only a third of the world market of 90 million barrels per day.

Now, America is a market economy; if its shale oil industry sees a shakeout that crushes costs, it may yet survive to thrive later in response to a price revival. As with any war, no one can predict the outcome of this one, if that’s what it is. Iran may be itching to strike back. Russia is said to be restive. So are many of the Middle East’s ragtag armed forces that fund their violence with oil ‘smuggled’ overseas from oilfields in Iran, Iraq and Syria; ISIS is said to be selling some 80,000 barrels a day. All said, tensions across the region could yet flare up into a negative shock.

Saudi-US ties are also under watch. Red Sea cruise diplomacy may have outlived its one-time basis in a post-9/11 world. Oil is unlikely to regain its 2008 peak of $147 anytime soon. But oil importers had better hope other kinds of strife—of the irrational kind—do not break out. It’s not only about what’s down, but also what’s up.