The threat to a revival of the Doha Round comes from the US, which may undercut the multilateral regime by making bilateral deals with developing countries 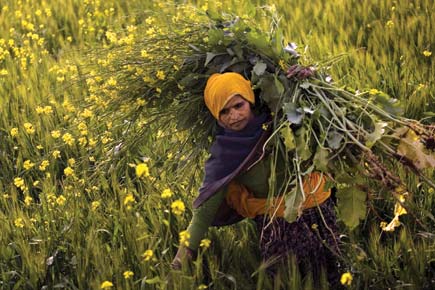 The threat to a revival of the Doha Round comes from the US, which may go for bilateral deals, hurting the talks


The most interesting change of portfolio in the new Cabinet has been the Commerce Ministry switch from Kamal Nath to Anand Sharma. The former shot to fame by steadfastly refusing to give in to demands by rich countries that India abandon its 400 million poor who are dependent on farming, while the West continues to pamper its handful of farmers.

It is not yet known how Anand Sharma, the new minister, will tackle trade issues. However, he has made it public that he is for a resumption of the Doha Round of World Trade Organisation (WTO) talks. Sources hint that there is unlikely to be any substantive change in India’s stance, since this is a policy that comes straight from the Congress party’s High Command. The big issue that led to the collapse of the Doha Round was the insistence of rich countries on subsidising their farmers while denying poor countries a Special Safeguard Mechanism (SSM). The threat to a revival of the Doha Round now comes from the US, which may undercut the multilateral regime by making bilateral deals with developing countries. However, in a show of strength, countries such as China, Argentina, India and Brazil have resisted the pressure to entangle themselves in such a ‘spaghetti bowl’.

Given the global financial crisis, meanwhile, old protectionist policies are resurfacing that pose a peril to the cause of free trade. Doubt also dogs the size of trade gains to be made by India; a March 2009 study by US think-tank Carnegie Endowment for International Peace estimates that a Doha deal would boost domestic production in India by $4.5 billion, or only 0.52 per cent. Exports would increase by $2.4 billion, or 3.8 per cent, and the biggest gains would be seen in the apparel, textiles, leather and footwear sectors. Imports would rise by $2.2 billion, or 2.9 per cent, according to the study.

This may be why India calculates that it has too much to lose and too little to gain by not standing firm on the issue of agriculture at the WTO. Of course, a genuinely fair deal would be an entirely different proposition, even under India’s rural realities.