Of Love and Law in La-la-land

With Indian cinema going digital, fair competition is under a threat not so easily dismissed 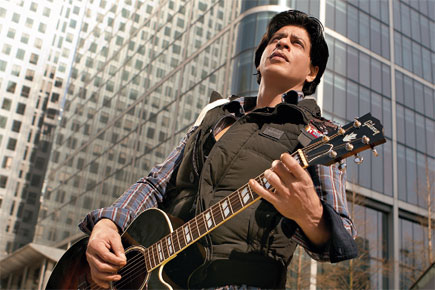 With Indian cinema going digital, fair competition is under a threat not so easily dismissed


CINEMA ~ All this while, Ajay Devgn Ffilms (ADF) was thought to have one big affliction: numerology. Of late, the company has complained of another: monopoly. Specifically, the monopoly of Yash Raj Films (YRF) over the country’s upmarket movie screens. In a complaint filed on 18 October with the Competition Commission of India, ADF alleges that YRF has booked so many screens this festive season that no other film has a fair chance of a box-office smash. What did YRF do? It offered exhibitors a lovey-dovey double deal they could not resist: Kabir Khan’s 15 August release Ek Tha Tiger starring Salman Khan ‘lovetailed’ with Yash Chopra’s Diwali release starring Shah Rukh Khan titled Jab Tak Hai Jaan.

Yash Chopra’s unfortunate demise three days after the filing has no bearing on the case, of course, and while cinema lovers may find it ungamely to protest the deserved ‘dominance’ of the studio of a filmmaker who led the ‘insaan-ki-aulaad’ school of syncretic cinema with such poetic passion, ADF may not entirely be shooting in the dark. It might have spotted a precedent in a Hollywood anti-trust case of the 1940s: to ease the access of other films to audiences, the US first outlawed block-booking of screens and then forced big studios to hive off their theatre networks. Now, YRF owns no chain of theatres and has argued that signing up 1,500 of India’s 10,500 halls— only 9,000 of which are active—for Jab Tak Hai Jaan is not an abuse of its market dominance. But these 1,500 happen to be the halls where popcorn is the only smell one’s nose risks the assault of.

The 1940s are long gone, of course. In the age of satellite TV, the internet and other modes of digital distribution, big screen captivity is not the be-all and end-all of success. Yet, theatrical exposure is still crucial to crowd appeal. Once upon a time, all theatres used to run celluloid reels, each print of which would cost a producer Rs 1 lakh or more, a sum high enough to let the Law of Diminishing Returns limit a film’s optimal print-count—and leave screens for others. But even dowdy old halls use digital projectors now. As a result of this shift, the economics of cinema has begun to resemble that of the software industry (think Microsoft’s Windows). Digital copies, made at the press of a button, keep ‘variable costs’ (which vary by output) down to nearly nothing. This allows the possibility of infinitely Increasing Returns to Scale—and a monopoly.

On 5 November, the Competition Commission rejected ADF’s plea. But now that digital projection is all but the market norm, perhaps the broad implications of this shift deserve as good a look/hearing as Jab Tak Hai Jaan does.