In Search of a Cure for Taxophobia

The Four Canons of Taxation outlined in Adam Smith’s 1776-published classic, The Wealth of Nations, still make for a superb set of first principles 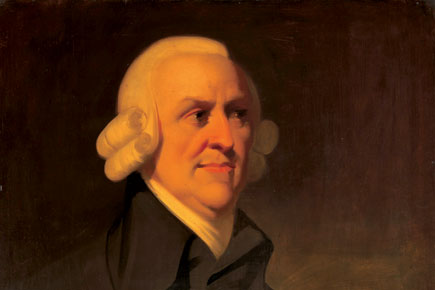 Keep it simple silly’ is an old dictum, acronymised to ‘Kiss’ by advertising folk who make it their business to reach out as far and wide as possible. And India, thankfully, seems ready to act on evidence that ‘simple taxation’ is not an oxymoron (unlike, say, ‘central intelligence’). Simplicity is difficult to achieve, no doubt, as is ‘consistency’, the other thing that US President Barack Obama spoke highly of vis-à-vis taxation—and business regulation in general—at the India-US CEO Forum on 26 January. The Vodafone case alone was enough to boggle anyone, and now that the Indian Government has opted not to pursue it any further, at least the ‘retro tax’ scare that was raising hackles around the world seems well and truly over. The big blow to be struck for simplification, however, would be the proposed Goods and Services Tax (GST), a constitutional tweak for which deserves bipartisan support in Parliament—not just to ease life for businesses and aid economic efficiency, but as a point of principle.

Simplicity of rules, of course, is not all there is to it. Codified taxation has been around as an idea for almost a millennium-and-a-half, and some of the world’s simplest taxes—think of the Boston Tea Party or Mahatma Gandhi’s salt agitation—have led to popular revolts. And taxes have been the focus of Left-versus-Right wrangles for longer than many suspect. By some accounts, it was the ‘socialist’ tax-and-spend budget proposed by Finance Minister Liaquat Ali Khan of the League—and opposed by Sardar Patel and Jawaharlal Nehru of the Congress—that took apart the coalition under the 1946 Cabinet Mission Plan, a divide that acted as a proximate precursor to Partition. The irony of Independent India’s own budgets veering that way has long been lost in the fiscal fog since.

Anyway, it’s obvious that tax sensitivity remains high across the world, and regimes ignore this at their own peril. The only way out, really, is to simplify the deal for popular clarity and explain taxation to taxpayers at large. Luckily, Adam Smith’s Four Canons of Taxation, outlined in The Wealth of Nations, still offer a superb set of first principles.

By the Canon of Equity, taxation should be fair to all, not levied as a punitive tool or stilted in favour of one taxpayer over another. What one pays must depend on one’s ability to pay and be in proportion to one’s earnings. By the Canon of Certainty, a tax should never be arbitrary. Every taxpayer ought to know what s/he is expected to cough up (also, when and how), and the tax collector should know how much money is on its way in. By the Canon of Convenience, paying up should not be a nightmare in itself. And by the Canon of Economy, a tax should not cost the State more to collect than what it yields as revenue.

Latter-day economists have come up with other canons for modern life, some of them derived from the original four. By the Canon of Elasticity, for instance, the State’s revenue intake should vary in accordance with what its coffers actually need. By the Canon of Diversity, the tax net should be cast as wide as possible. By the Canon of Efficiency, a tax ought to do commerce overall a good turn and thus ensure year-on-year revenue expansion; a value-added-tax, a splendid example of this, allows a firm to deduct taxes already paid on inputs… in a way that rids a product of a cost-upping cascade of payments and also acts as an incentive for people and firms to specialise in what they do best, as Adam Smith advised.

As it happens, the grand old man of economics was quite clueless about the underlying peculiarities of ‘Industan’ (as he refers to India in his famous 1776-published book), a country he saw back then as one full of people with no motivation whatsoever to ‘better their condition’. Even so, this particular paralysis appears to be on its way out. More than two centuries on, ‘aspiration’ is what has the country abuzz, at least among those who have market forces in their favour, and if coupled with tax reforms that actually offer clarity, plenty of good could come of it.

Fiscal complexity, however, may haunt us for a while yet. Voices have already emerged asking for some items, such as petrol, to be kept off the GST rolls, for example, and there is no saying what else will bedevil the country’s move to simplify taxation.

Income Tax, the kind paid by you and me, may be far easier to fix. Mental math is ideally all it should take to assess one’s own tax liability. Simplified thus, it could even kick off a ‘Kiss’ campaign for other reforms to come.