In Defence of the Wealthy 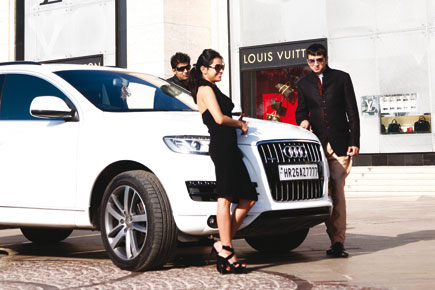 
Every once in a while, there is a Forbes list of wealthy Indians, with Mukesh Ambani, Lakshmi Mittal, Azim Premji, the Ruias, Savitri Jindal on that list. There will also be reports about Mukesh Ambani’s new house. How can we accept a situation where India’s richest 100 have combined wealth of $300 billion? India’s GDP at the time was $1.4 trillion, at market exchange rates; so those 100 had the equivalent of more than one-fifth of India’s GDP.

It is much lower in other BRIC countries like Brazil, Russia or China. But there is a conceptual error in this number, which few people bother about. First, that wealth is calculated through market capitalisation. Second, wealth is a ‘stock’, not a ‘flow’ like income. Comparing wealth to income is an apples-oranges comparison. This can certainly be corrected and we can look at annual CEO compensation. Now, CEO compensation isn’t easily monetised. To the extent it can be monetised, we are looking at an average annual pay of something like Rs 6 crore. That’s terrible. Depending on the poverty line that is used, 27, 37, 50 or 77 per cent of India’s population is below the poverty line. This is unacceptable.

Why is it unacceptable? Let’s face it. We would all like to be in that situation of being filthy rich, and many such reactions are based on envy and no more. Let’s get some facts out of the way. First, monetary gains through risk-taking are always greater than gains through risk-averse salaried jobs. If you take a risk, you may win or you may lose. That’s a conscious trade-off one makes. Second, if a CEO is being paid excessively, that is the corporate board’s business. It has nothing to do with you or me, or even the Government.

Third, the Indian labour market is extremely heterogeneous and segmented. There are some parts that are part of global labour markets and therefore command global salaries, corrected perhaps for purchasing power parity (PPP). A complaint that large chunks of the labour market are still not integrated is not the same as an argument that one should demolish integration where it has occurred. Fourth, India has traditionally been a country of low income and low consumption. It still is.  With all that growth, we are still talking about an income of around $1,100 per capita. We should worry about over-consumption and conspicuous consumption when per capita income crosses $10,000. For the moment, to paraphrase Deng Xiaoping, it is glorious to be rich.

Fifth, there is a difference between poverty and inequality. Poverty is an absolute concept, inequality is a relative one. The National Sample Survey’s large sample data are still for 2004-05. Hence, they generally pre-date the high-growth phase post 2003. Even then, they show high growth has had trickle-down effects, even among the bottom 10 per cent of India’s population. Notwithstanding Leftist intellectuals, whose views are based on faith rather than facts, it is impossible to establish that a rising tide did not lift all boats. This story will be reinforced once we have data for 2009-10. True, there are some parts, especially geographical, that didn’t gain proportionately.

Sixth, this proposition leads to the inequality question. The National Sample Survey doesn’t collect data on incomes, it collects data on expenditure. Subject to that, inequality in India is still low. It hasn’t touched the inequality levels of China or Brazil, or even the US.  However, if we did have data on incomes, inequality would be higher. But we need to squarely answer the question—which inequality are we talking about? There is inequality (or inequity) in access to inputs like health, education, physical infrastructure (roads, electricity, water), marketing networks, information, technology, the financial sector, land markets and even the law-and-order system.

This we need to address and is part of the Constitutional mandate. Indeed, if poverty reduction gains haven’t been even throughout the country, that’s because there is inequity in access to these, and that is what primarily distinguishes India from China. But this isn’t the same as saying that there should be greater inequality in the distribution of income. Indeed, fast growth inevitably increases inequality in distribution of income, and fast growth is desirable. Seventh, is one making the case that some of these wealthy individuals have subverted the system, or used corrupt means to garner income and wealth? For instance, there is discretion in government decisions and reforms don’t immediately eliminate those.  This is a fair point too.

But the logical conclusion isn’t that people shouldn’t be wealthy. Instead, the conclusion should be that we reduce discretion and make processes transparent. Because of all these reasons, we shouldn’t be complaining about some sections of society becoming wealthy. Instead, we want all of India to be wealthy, and we want an India where the means of accessing wealth become less and less hereditary.