Flipside Score: Six up, Half a Dozen Down

A billion ‘hits’ on Flipkart’s website; 1.5 million users who bought at least one item; $100 million worth of goods sold 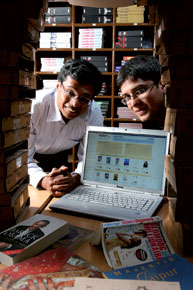 A billion ‘hits’ on Flipkart’s website; 1.5 million users who bought at least one item; $100 million worth of goods sold

The last time online commerce raised such furore, India was hosting the Cricket World Cup in 2011. Of course, the numbers were somewhat different, as was the context—millions clamouring for the scant 40,000 odd tickets to watch the final at Wankhede—but the results were educative, at the very least. A website called Kyazoonga.com registered 10 million hits in the first five minutes of sale, causing it to crash. Every attempt to bring it back online was thwarted by the tens of millions of keyboard warriors frantically refreshing their browsers. Despite the best efforts of techies, not a single ticket changed hands that day. Judged by that standard, Flipkart’s Big Billion Day sale on 6 October was an unqualified success. Though accurate data is hard to come by, the estimates are staggering. Perhaps 1 billion ‘hits’ on Flipkart’s website; 1.5 million users who bought at least one item; and a claimed $100 million worth of goods sold in the first 10 hours.

While Flipkart’s preparation far surpassed Kyazoonga’s —10,000 standby employees, weeks of preparation culminating in a nightmare week of 12-hour shifts for techies and sales personnel—it seems that online retailers have not got the mix right just yet. Of all the complaints that began to flood Facebook and Twitter during the sale, the most damning were those asking what the point of a day-long sale was if the discounted products would sell out in the first five minutes alone. A follow-up email sent out by Flipkart read: ‘[We] realized that we were not adequately prepared… We didn’t source enough products and deals in advance…. To add to this, the load on our server led to intermittent outages, further impacting your shopping experience.’ The firm’s email also admitted that it ‘ran out of the stock for many products within a few minutes (and in some cases, seconds) of the sale going live’.

While there has already been a great deal of chatter on similar issues (users on Reddit allege that Flipkart’s discounts were applied after it artificially hiked prices), what is more interesting is the impact of this sale on bulk sellers to Flipkart, not to mention the concerns of traditional brick-and-mortar shops. Flipkart, valued at $7 billion, has deep enough pockets to cover large customer- gaining losses, and while that was no doubt a source of confidence while putting together a pricing strategy, the steepness of its discounts—some in the 50-80 per cent range—has unsettled both manufacturers and other retailers.

Kishore Biyani of Future Group (which runs Big Bazaar) claimed that this is “anti-competitive” behaviour, asking how “someone [can] sell products below its manufacturing price”. He also alleged that “someone can do such undercutting only to destroy competition.” The fact that the Big Billion sale was followed by a heavily discounted offering from Myntra (also owned by Flipkart) has also drawn flak. Praveen Khandelwal, national general secretary of the Confederation of All India Traders, wrote to Union Minister of Commerce and Industry Nirmala Sitharaman, asking for a regulatory body to be set up for e-commerce.

The consumer electronics industry has been just as voluble in its reaction. The issues raised by companies range from ‘artificially inflating market share and valuation via discounts’, to the threat posed to their brick-and-mortar retail associates. Sanjeev Agarwal, vice- president of sales at LG Electronics India, was reportedly snippy, saying that “We do not deal with [Flipkart] directly, and they are not our authorised trade partners.” LG even issued an advisory ‘to safeguard our consumers’, saying that since Flipkart was not an authorised trading partner, the company would retain the right not to honour guarantees on products sold by it online since it could not vouch for their genuineness. Flipkart was less than amused, responding with: ‘We can assure our customers buying LG… that they are genuine. Our customers will continue to enjoy the warranty and services extended to all original LG products as always.’

Sony India was more restrained, with Sunil Nayyar, head of sales, saying that “pricing [has to be] realistic,” and that the company would hold talks with online retailers to ensure that. Reports also suggest that some manufacturers—notably LG—have suspended fresh sales to the online retailer and are considering legal action against its alleged ‘predatory pricing’.

In general, manufacturers appear to be reeling under the fear of losing control of their products’ prices to an interloper that has grabbed access to customers. And Flipkart is not merely a seller, but also a market maker (by virtue of its ability to get buyers and sellers together). Companies like Motorola have revived their fortunes in India by striking bulk deals with it.

It is the strategies of those resisting its power, however, that would be more interesting to watch.