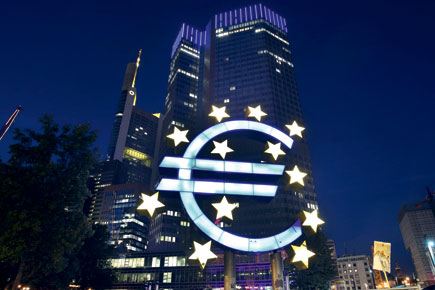 
In the extended saga of European integration, 12 September will be remembered as the day the euro survived one of its worst scares. It was the day of a judgment by Germany’s constitutional court that was to rule on whether Europe’s proposed fiscal pact and European Stability Mechanism (ESM, its €700 billion bailout fund) were valid under the country’s constitution. After all, coughing up huge sums of money to rescue other countries is not an open-and-shut case of acting in one’s national interest. As it turned out, the court gave its conditional approval to these measures.

The ruling has pushed the euro’s value higher against major currencies and boosted a financial market rally set off last week by the European Central Bank’s promise of making unlimited bond purchases to ease the borrowing costs of debt-laden European countries.

The court’s verdict, greeted with relief across the world, ensures that Germany’s pro-EU commitments can be seen through. A quarter of the ESM’s funds were to come from German coffers, and the bailout idea would have been a non-starter without it. Also, as coordinator-in-chief of all integrative matters, German leadership was considered crucial to the plan of keeping each EU member’s State finances in good shape.

Politically, the verdict arms Chancellor Merkel with the legal firepower she needs to push for ‘more Europe’. “It is a sure victory not only for Angela Merkel but for many other pro-Europe leaders,” says Derek Beach, associate professor of political science at Denmark’s Aarhus University. Yes, there are conditions. The dream of ‘More Europe’, the court insists, needs to be preceded by ‘More democracy’ at the national level. Voters at large need to approve of the grand plan. “The court suggested that we do not stand against strong Europeanisation of Germany so long as the people are kept informed (through parliament) of  ESM activities,” says Almut Möller, head of program at the Berlin-based Alfred von Oppenheim Centre for European Policy Studies. The court also made it clear that Germany’s ESM contribution limit of €190 billion cannot be raised without the approval of German elected representatives.

“Now with the issue of the ESM resolved,” says Beach, “Europe can move on to other important issues like debt mutualisation and a banking union.” But, Möller cautions, Merkel still has hard work ahead: “She should now explain what ‘More Europe’ means for ordinary Germans.” Elections are due next year, and while the court has okayed her approach, German citizens would want their say as well.