Murphy’s Law to Modi’s Law, something remarkable seems to be underway 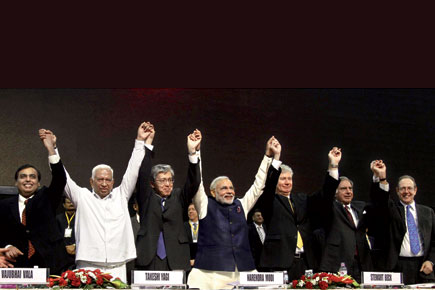 Murphy’s Law to Modi’s Law, something remarkable seems to be underway


Business in India, at least the service aspect of it, appears to be in the throes of a ‘paradigm shift’. Multinationals, those guides of all that is ‘best’ by way of practices, have taken the old dictum ‘Think global, act local’ so seriously that they have adopted India’s own version of Murphy’s Law: whatever can go wrong, will, and is best left to stellar realignments to sort out. Consider my own run-ins with MNCs over the past fortnight or so. Royal Bank of Scotland’s ATM dispensed a wad of ghost cash after debiting the account, BlackBerry’s service centre absolved itself of all responsibility for its software, Vodafone’s helpline proved helpless on a simple SIM card activation, and Honda’s Pearl garage—inspired perhaps by its ‘Power of Dreams’ slogan—took the liberty to randomly re-assign my car keys to some lady who’d presumably have been just as horrified.

In contrast, one hears, Indian businesses haven’t let customer service slip. Why, they seem to have adopted Gujarat’s own version of Modi’s Law: whatever he says it is, it is, and it’s best to say so no matter what. Consider last week’s Vibrant Gujarat Summit. Mahindra & Mahindra’s chief spied some sort of ‘magic’ in the state’s salt, Reliance’s chairman plonked down Rs 1 lakh crore in honour of Modi’s ‘grand vision’, Tata’s chairman emeritus made an admission of stupidity, and ADAG’s top boss—inspired perhaps by his late father’s idea of profitable dreams—hailed the CM’s supernatural ability to dream with ‘eyes open’.

What might this service gap between foreign and Indian businesses imply? Trend-wise, is it a blip or a flip?

Well, if the vibrancy on display in Gandhinagar, where knuckles (if not heads) were knocked together and raised in great clasps of solidarity, has sent shudders down spines of rivals across the globe, it has gone mostly unnoticed.

But then, with America Inc also buying in, an über-vibrant ‘wanna-see’ conference may not be far off. Apart from Modi’s Law, it is geography that’s said to give Gujarat its giddy profile on the global map. It is an ideal import gateway, say energy analysts, and a bonanza of cheap LNG from the US could ignite a new era of industrial incandescence. And gas, it would seem, is just a signal of flashier things to come, maybe just a sign of what’s on my mind—‘top-f-the-mind’ recall, evoked perhaps by a whiff of Zyklon-B in some service-stricken chamber of my horrified head—right now. What else Vibrant Gujarat could generate is hard to predict. Blip or flip, whatever, scenario planners had better keep watch.