BlackBerry has offered access to servers for non-business users, but has not budged on giving access to its offshore business servers 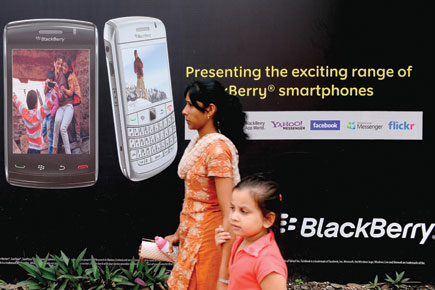 BlackBerry has offered access to servers for non-business users, but has not budged on giving access to its offshore business servers


There have been several reports in the last six months or so about India’s tussles with BlackBerry for access to its secure enterprise servers. But at least one Indian politician is proactively attempting to settle this dispute between the world’s largest democracy and the world’s largest mobile email platform. At the beginning of April, while in Toronto, Sachin Pilot, minister of state for communications & information technology, met the higher-ups at Research in Motion, the Canada-based company that makes BlackBerry. Pilot wasn’t available for comment as Open went to press, and no details were available of that meeting.

India, however, is an important market for BlackBerry. According to a Facebook group for its users in India, the country has some 400,000 of them, and BlackBerry has positioned itself nicely with models priced well for both the entry-level consumer and high-end business user.

But BlackBerry also has a brand to protect. Its unique selling proposition has long been its secure 128 bit encrypted servers that keep prying eyes out. When the company introduced the idea of real-time mobile email in 1999, computer networks were far slower. So, to facilitate faster transfer, BlackBerry first had emails routed to its own servers, and then compressed and encrypted them for privacy, before redirecting them to the addressee.

According to India’s Telecom Act, 2000, encryption over 56 kilobytes is not allowed. This means that even Gmail, which uses 128 bit encryption, violates the policy. This legislation hasn’t put India in the most democratic company. The other countries pursuing a similar tack are Saudi Arabia and the United Arab Emirates.

The company is in no hurry to dilute its brand and compromise its legendary iron-clad encryption. BlackBerry has offered India access to the server that monitors non-business users and their messenger servers, but has so far not budged on giving India access to its offshore business servers. The issue is clearly sensitive to BlackBerry as well. On 14 April, BlackBerry founder Mike Lazaridis was asked by a host on a BBC programme about the controversy. He told him the question was “unfair”. Then he stormed off the stage.