An Emerging Market at Stake 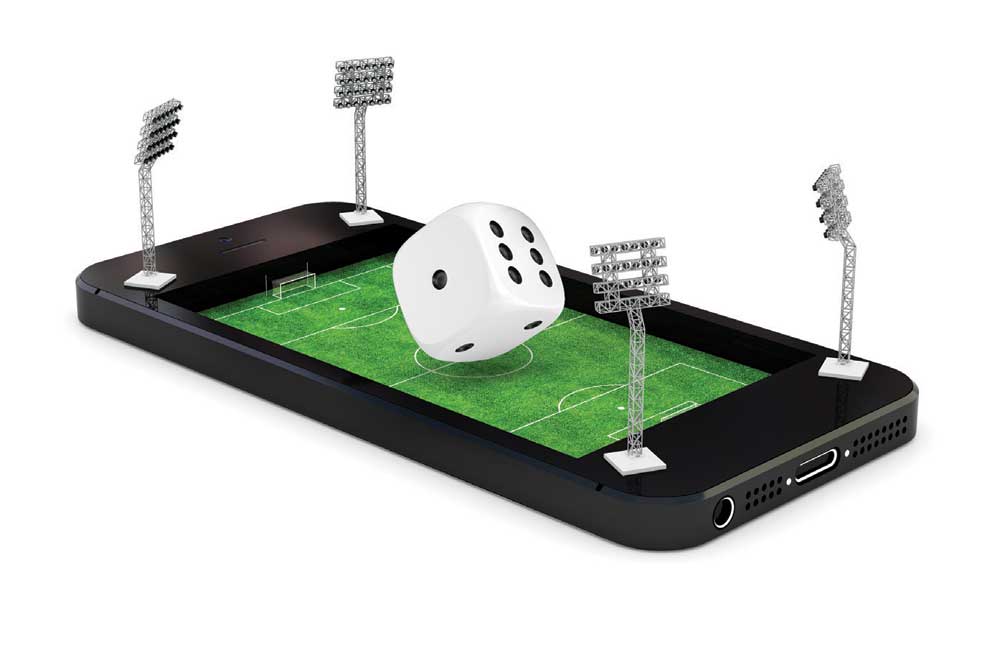 BUSINESS OPPORTUNITIES DON’T always knock. The odd one barrels right in. And if its timing is good, like a perfect penalty shot, it can shake the scene up like nothing else. Little in sports lends itself better to bets placed one way or another than a tie-breaker penalty shootout in football—think Russian Roulette—and if you’ve been toying with the idea of an Indian betting app, the Law Commission’s proposal to legalise such platforms would seem like sublime providence. The odds that a market-attuned bookie app will get off to a rip-roaring start in India are quite favourable, to say the least. WhatsApp attracts thousands of buddy bets on big matches anyway; cricket ovals routinely serve as casino bowls (in illegal ways that often corrupt the game, as portrayed in Inside Edge on Amazon Prime Video); estimates of the money being bet in secrecy range from Rs 60,000 crore to over Rs 1 lakh crore per year; and, best of all, as any casino owner can testify, the house always wins. All in all, it sounds like a jackpot waiting to be struck.

It’s only a suggestion at the moment, not an enactment of Parliament, but the prospect of tax revenues from such gambles might appeal to a government that doesn’t squirm too easily under the glare of sundry sin spotters. Since staking money on a game of skill hardly qualifies as an outright no-no, India might as well regulate—and gain from—what’s going on out there in the dark. So goes the law panel’s argument. What of match fixers corrupting the game? To watch out for such malpractices, the panel wants the market kept entirely online, cashless and transparent, with records of every bet placed open to scrutiny, pinned as each would be to an Aadhaar-verified identity. The role of regulation would be to ensure that a bet is no more than what it’s supposed to be: a harmless spot of fun.

It isn’t always, at least not for everyone. Scientists liken the kick of a successful gamble to the dopamine rush of a drug, which is why some gamblers turn into addicts and do things that get them all profiled alike for reproach. To address social concerns, the law panel wants to bar underage participants, specify risk factors, limit the number of bets one can take, and split the market into haves and have-nots for caps on the sums they’re allowed to hazard. The last of these betrays not just an ignorance of open market principles—if the reckless are to be left to their follies, it ought to apply to all adults, rich or poor—but also the panel’s own dissonance over granting this controversial form of recreation a legitimacy long denied.

It’s not much fun for losers, after all, and some business gurus argue that a service that grants its customer a benefit only if a probable event occurs is not really a business. On the flipside, however, the value on offer is arguably in the intangible realm of satisfaction. Win or lose, what people pay for is the thrill of possibility, the psychic high of hope, the adrenaline of clairvoyance—even if short lived—whilst a game is on. No different, in a way, than a willing suspension of rationality while watching, say, a superhero movie.

The irony is that a gamble could be a perfectly rational exercise even with outcomes of pure chance. As Peter Bernstein cheerfully notes in his classic on the history of risk, Against the Gods, it was a gambler who first codified the concept of probability, the stuff that underpins economic expectations in the modern world. It was a quantum leap of its time, part of a Renaissance story of fatalist authorities being defied, naysayers falsifying all that was exalted as truth for no valid reason, and fresh ideas being bounced from head to head. What good is a vice, as an old couplet has it, if it yields no wisdom?

Indians are no strangers to gambles. Nor to random results. No matter how you slice the domestic market data for analysis, what’s almost always at a premium is certainty. Yet, even if the eventual impact of throwing sports open to punts cannot be forecast with much confidence, it’s fair to say that the positives would probably outweigh the negatives. Apart from opening up a vibrant new arena, it could also—at a pinch—acquaint people with risk, counter irrational aversions to it, reshape investor attitudes in favour of equity over debt, and give India’s economy the dynamism that such a shift would entail.

All of this, of course, assumes that any legislation on such a market would be designed properly. It also assumes categorical respect for the Rule of Law, an imperative that’s in scant evidence right now.