Our changed lives at the peak of the pandemic 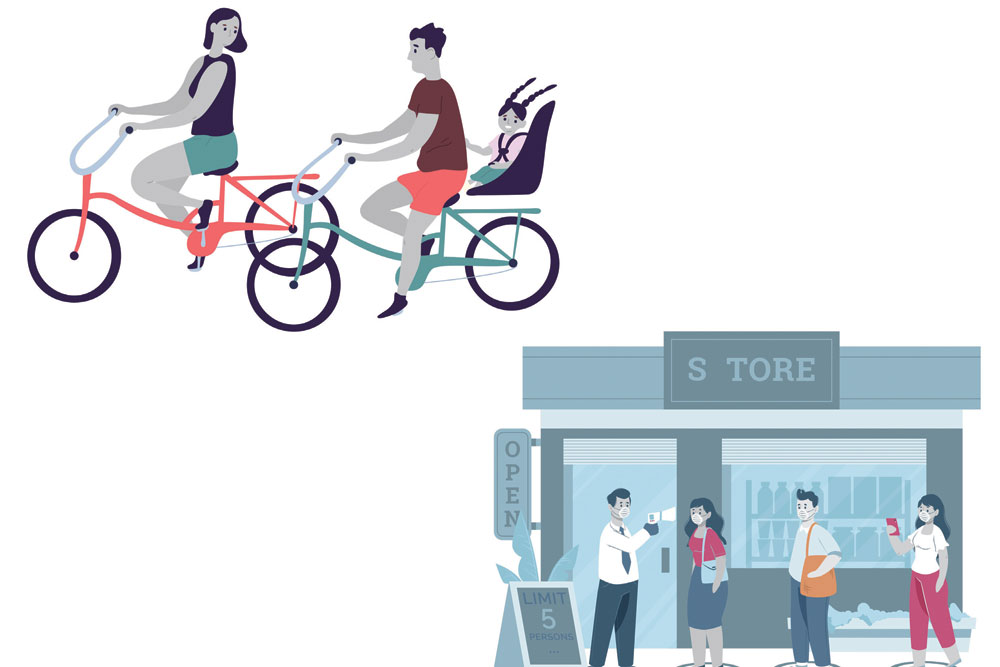 
IN DELHI’S satellite city of Gurugram, where I have been living for the last 10 years, I have never seen as many cyclists on the road as I see now. There always have been serious cyclists here, and on weekends, especially, you can see them in their tight, bright apparel, pedalling furiously on the GFR, the Gurugram-Faridabad road. But now, even on weekdays, as I begin my morning run from one end of the Golf Course Road, I see new people besides the regular ones: middle-aged men, in twos or threes, perhaps office colleagues or neighbours, or small families, husband, wife and the young daughter or son, their masks on, struggling with the pedal, and then bringing their masks down as breathing becomes laboured.

It is from the sense of mortality that the Covid-19 crisis has induced among most of us that we are now paying attention to our physical and mental wellbeing. Initially, when the first lockdown began, many of us kept ourselves busy with things at home. This was a time when we were trying new things like how to make Dalgona coffee or how to bake banana bread; we were opening new Instagram accounts to upload pictures of our experiments. The number of Covid-19 positive cases was very low. But we were taking precautions. We downloaded online delivery apps, learning to wash everything in mild detergent or at least wipe things with disinfectant wipes. In the West, people hoarded toilet paper; here, we hoarded sanitisers and packets of Maggi noodles.

People were forced to let go of their maids and helpers. Suddenly, men who were always saying that men and women need to share responsibilities realised that they now have to actually share responsibilities. A friend who accepted the responsibility of mopping the house twice a week realised how difficult it was to sit on the haunches and mop the floor from one end to another. He suddenly began talking about robotic vacuum cleaners. Ultimately, he discarded the rag and settled for a new-age mop with a long handle that you can wring by pushing down a lever of sorts.

Then there are people who are realising new things about the behaviour of their spouse or children. For working couples, it used to be a different realm to converge at the house in the evening and ask each other polite things and then settle with Netflix. Those few hours were still difficult with children, but you managed by playing with them a bit and then feeding them while playing some cartoon series on your I-Pad. But now, everyone is home. 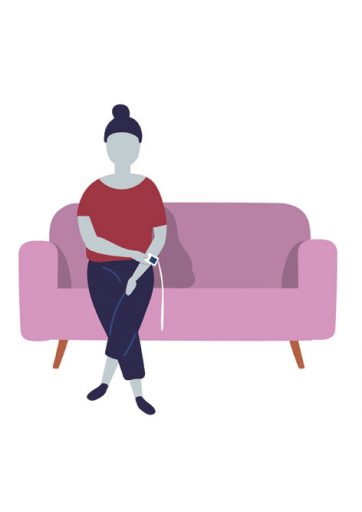 A friend who works from home says she would send her children to school, and after her husband left for office, she would make herself a cup of tea and savour the peace till late afternoon when the kids came back from school. But the kids have a couple of hours of online classes where she is forced to sit with them. Afterwards, she says, she asks Alexa to play a song, but no sooner has she done it than her younger one barges into the room and shouts: Alexa, stop. There is no going to the park or to play areas in shopping malls. The kids have become cranky; so have the adults.

Many are now realising that it was easier to be in office than to spend the entire day on Zoom calls. At least in the office one could put up an excuse for this work or that. But now there is no excuse. You are expected to be home, unless you have cough and fever, and you have to get to a quarantine facility.

Days into the lockdown, many of us began to test the waters a little by stepping out to buy groceries. By this time, small circles had begun to appear outside shops; they looked sinister, as if tiny alien bikes had attempted wheelies. A guard pointed a temperature gun at you and let you in if your temperature was normal. Around the same time, the scientific community was going berserk. No, do not wear masks. No, wear masks. The droplets reach X distance. No, they reach only X-10 distance. No, they reach X distance, but by then they are incapable of spreading infection. Do not step outside for exercise. No, it is important to exercise, but maintain social distancing.

It is from the sense of mortality that the Covid-19 crisis has induced among most of us that we are now paying attention to our physical and mental wellbeing. Initially, when the first lockdown began, many of us kept ourselves busy with things at home

Family WhatsApp groups began to dole out remedies, ranging from gargles to garlic. Giloy, which only made appearance during dengue season in Delhi, regained its importance. I did a search on my WhatsApp and found 103 references to it in various groups I am part of.

The migrant worker tragedy had blown up in our faces by this time. We looked at streams of workers, their bundles on their heads, walking day and night to their native places. For many of us, it was our reminder in a long, long time that there are people in this country who are so poor that if they do not work for a few days, they will have no food to eat. A friend said that not all of them were migrating back because they had nothing to eat, but a panic had been created and they wanted to go away since their neighbours had left. I said perhaps that is true; but I reminded him of college days when he would run home at the first sign of an impending fever.

Midway into the lockdown, people realised that many among them would end up losing their jobs or facing severe pay cuts. Many in senior positions were asked to identify a certain number of people in their team who have not been ‘performing’ and sack them. Many had plans of purchasing a car or a house, but that has been shelved for now. According to the latest figures, residential sales in the top seven cities in the first quarter (as compared to the same period last year) are down by 81 per cent. New launches have fallen by 98 per cent in the same period.

As more and more people lost their jobs, particularly in sectors like restaurants and retail, savings began to dry up. A friend who has been involved in relief work said that he had begun to receive SOS calls from people who had secure jobs and were suddenly sacked and now had no money to even pay their rent or their children’s school fees.

As we opened from the lockdown, people began to come out. This was already predicted by many; it was said that the pandemic would end socially before it ended medically. Gradually, one returned to the marketplace and found the queues outside cafés for takeaways. 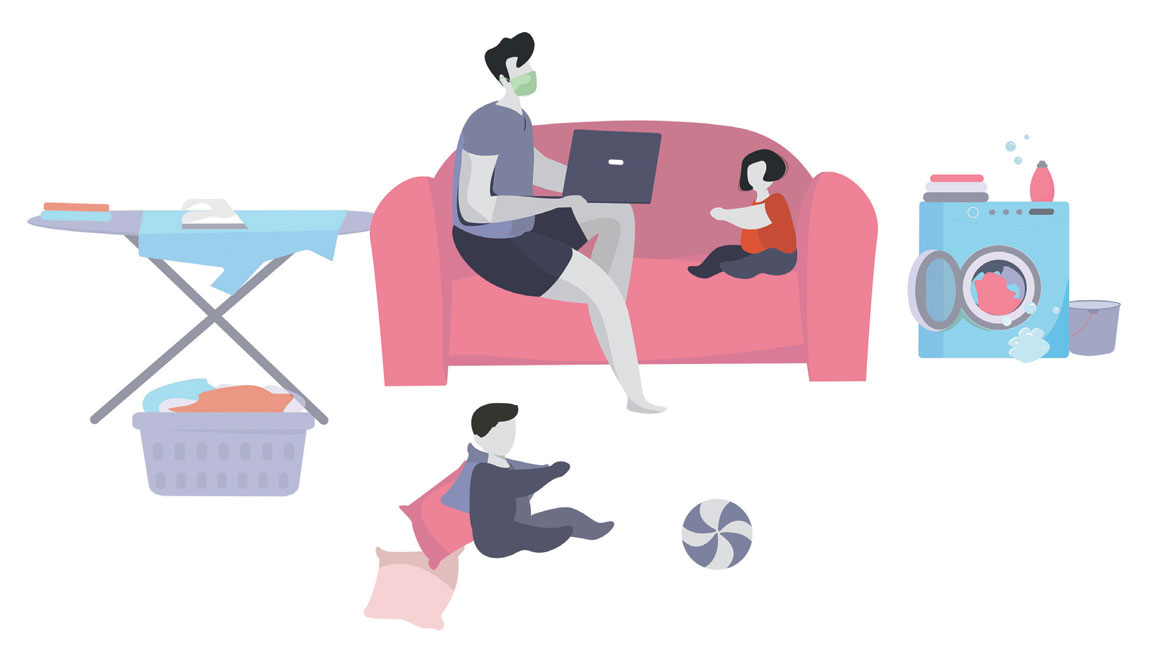 By reflex, people were extending their hands towards each other and then pulling them back at the last minute, remembering the image of the virus. The pack of dogs that had started to think they had taken over began to sulk again on the margins, looking at people they had forgotten existed. Of course, in posh markets, citizens who may have denied salaries to their maids and drivers had left so much Pedigree in bowls that a lot of it got wasted. Many of those who had thronged the market after the lockdown was lifted have retreated back to their homes once the cases began to pile up in what is evidently a sign of community spread.

Many of us have now consciously stopped tracking pandemic news. But every now and then you hear of a friend’s friend who passed away in some hospital; you hear of terrible hospital bills even after a person’s death

The next thing to worry about is the electricity bill, since all air-conditioners are on at people’s homes in this terrible heat. The maids and helpers have started trickling back in; the RWA uncles are still acting as extrajudicial bodies, but their breeches are beginning to fade.

Many of us have now consciously stopped tracking pandemic news. But every now and then you hear of a friend’s friend who passed away in some hospital, away from near and dear ones; you hear of terrible hospital bills even after a person’s death.

And then you buy an oximeter. And pop yet another Vitamin C tablet. And take out your cycle even farther than the previous day.