The Wages of Profligacy 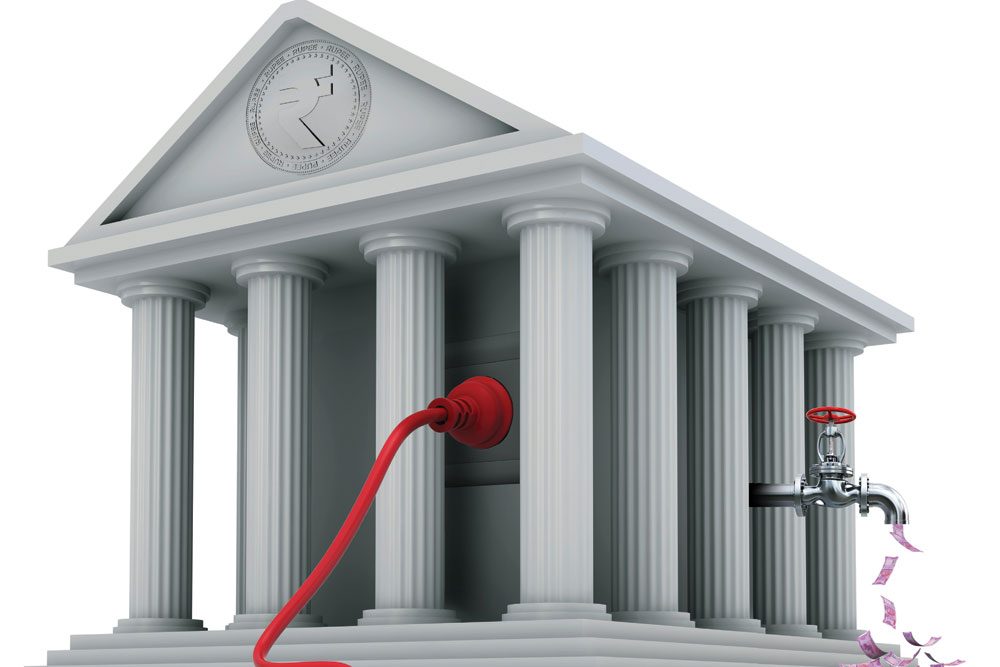 
WHEN THE ELECTION COMMISSION OF INDIA (ECI) dispatched a letter last week to various political parties about “strengthening the Model Code of Conduct”, it did not anticipate the vehemence of the political response. Within days there were loud noises that “democracy was in danger” and that ECI had “exceeded its mandate”.

The words of the letter and the proposal to strengthen the Model Code of Conduct (MCC) were innocuous and couched in routine bureaucratese. But such is the charged political atmosphere in India that any rational suggestion is considered “backed by BJP”.

The present controversy predates ECI’s missive and goes back to the decision of former Chief Justice of India (CJI) NV Ramana to refer the matter of “freebies” to a three-judge bench in late August. The issue was about reconsidering the Subramaniam Balaji vs State of Tamil Nadu case in 2013 that had dealt with the subject. At that time, too, political parties had objected to any plan to ‘restrict’ their right to hand out freebies.

The ECI note listed its efforts to ensure a level playing field in this context. It highlighted the steps it took after the 2013 case, including a meeting with recognised national and state-level parties on the subject. The note mentioned the changes made in MCC in 2015 and 2019 in consultation with political parties.

In its letter last week, ECI said that elections, especially multiphase elections, provide opportunities for political parties to indulge in competitive electoral promises without having to spell out the financial implications of these promises, particularly on committed expenditure. The note included a standardised pro forma with six parameters that political parties had to list. One of these (item No 5) is about “ways and means of raising resources for meeting additional expenditure to be incurred in fulfilling promises which could”, among other things, include increase in tax and non-tax revenue, rationalisation of expenditure, additional borrowings, and “any other sources to be specified”.

The ECI’s pro forma asked parties to supply data, such as the number of beneficiaries of a promise in question, likely expenditure per person, and overall expenditure. All promises have to be listed in this manner along with the data.

Within a day, virtually all key political parties—Congress, the Dravida Munnetra Kazhagam (DMK), the Shiv Sena and the Rashtriya Janata Dal (RJD)—criticised ECI for “overstepping” its mandate. The Communist Party of India-Marxist (CPM) said ECI was mandated to conduct elections and that it was not its mandate to regulate policy pronouncements and welfare measures that political parties wanted to undertake. The grouse of all these parties was that any ‘restriction’ on them would undercut a level playing field. In reality, ECI did not make any amendment to MCC that conferred advantage to any political party. In the days that followed, there was extensive commentary on the subject, including insinuations that the election regulator had taken its cue from the Bharatiya Janata Party (BJP).

There were also accusations that any inclusion of such data in a political party’s manifesto would confer an unfair advantage on the government that could actually implement the promised schemes beforehand. No one mentioned the fact that manifestos are often released after MCC kicks in when the government cannot take any policy step.

PROMISES OF FREEBIES during election seasons in India have been in vogue for decades. What has changed is the intensity and costs of these promises. At one time, these promises had a certain welfare logic to them. Giving bicycles to girls studying in schools or, later, laptops and other devices to schoolchildren were part of this trend. These goods had positive spillovers, for example, in education. In recent years, however, these promises have been overshadowed by spending on subsidies and goods like electricity that have no positive externalities and, in fact, end up greatly damaging the economic fabric of the country.

Nothing exemplifies this trend better than these promises being made in states like Punjab and Gujarat—among the richest in the country. During his recent visits to Gujarat, Delhi Chief Minister, and Aam Aadmi Party (AAP) boss, Arvind Kejriwal, promised free electricity (up to 300 units) to voters in Gujarat. He also promised ₹1,000 to all women in the state. Such promises would be questionable even if they were made in states with a large proportion of poor people but they make no sense in a state like Gujarat with a high per capita income and a relatively low poverty headcount ratio. NITI Aayog, in November 2021, calculated Gujarat’s Multidimensional Poverty Index (MPI) at 0.084, far below the all-India figure of 0.118. Yet, promises of freebies are more likely to be made in states that are richer as compared to poor ones. Most of these promises—such as free electricity—are extravagant and fiscally ruinous.


Punjab is the exemplar of this tendency. First, politicians—across the spectrum—made and implemented extravagant promises that the state could ill afford. Soon enough, the state’s population became addicted to these freebies to the point that any government finds it hard to withdraw these freebies. In Punjab, agitations and dharnas are now routine, even after the new AAP government was elected earlier this year. So much so that Chief Minister Bhagwant Mann’s private residence in Sangrur is now constantly besieged by protesters.

The Mann government is not unaware of Punjab’s perilous economic situation. In the ‘White Paper on State Finances’ issued in June this year, the government noted that Punjab has an outstanding debt of ₹2.63 lakh crore (revised estimate for 2021-22). This figure does not include many debt items. As a percentage of the state’s Gross State Domestic Product (GSDP), debt stands at 46 per cent.

Yet, the Mann government wants to borrow more. The White Paper outlines the logic of greater borrowing: “To compensate for this ‘lost decade’, State has to cautiously take debt and invest heavily in high quality Capital Expenditure creation and revenue enhancement measures. This will create a cycle of value-acceleration and hopefully, Punjab will be able to increase growth rate and sustain it for coming years. Debt consolidation is possible only with rapid growth, high quality Capital Expenditure and resource mobilization.” This is a pious hope at best: the White Paper itself notes how money was squandered by the state’s public sector undertakings. More borrowing is unlikely to help unless the state government prunes expenditure on freebies. But as of now the state government is aggressively spending more on this account.

During his recent visits to Gujarat Arvind Kejriwal promised free electricity. AAP is the party now at the forefront of making promises solely to win elections. The danger that this profligacy will bring down the country and not just a handful of misguided states like Punjab is very real now

Punjab is not the only state on this dangerous path. Tamil Nadu, Rajasthan, Chhattisgarh and many more have chosen expenditure patterns clearly dictated by political considerations. In many of these states, governments have decided to go back on their old pension schemes, different from the newer “pay as you go” ones. These ‘guaranteed’ pensions will exact a huge fiscal toll not just on these states but on India’s finances as a whole. When debt and fiscal deficit are calculated, it is usual to break them into state and Union figures. This is grossly misleading as macroeconomic trends are not constrained by state boundaries. The impact of these debts and deficits (for example, inflation and ‘crowding out’ of private borrowers from debt markets) is on the basis of overall—state and Union—figures. Global ratings agencies and multilateral institutions, too, look at the consolidated figures. The danger that this profligacy will bring down the country and not just a handful of misguided states is very real now.

The history of such promises is mixed with independent India’s electoral politics. In 1971, the promise of “Garibi Hatao” was the forerunner of today’s freebie populism even if at that time it had some connection with a pressing problem: India’s poverty. But in recent years, the promises of freebies find the greatest resonance in rich states.

The trend has accelerated since 2014 and indicates an exhaustion of political ideas. Welfare is always an electoral plank in a developing country like India, irrespective of the party in question. But voters don’t simply vote on the basis of economic promises. Each party has a distinctive political message. For Congress, for the longest time, it was secularism and socialism. Both these ideologies have been exhausted by their repeated use and little to show in real outcomes. Secularism was later borrowed by regional parties in the Hindi heartland and even there the idea is now on its way out. In contrast, BJP’s ideas of nationalism and its emphasis on national security and development continue to find resonance with the electorate. The party has not promised free electricity and other such freebies.

AAP, with its lack of a coherent political or ideological framework, is the party now at the forefront of making promises solely based on spending money to win elections. Its earlier promises—when it was in its activist phase—like corruption-free governance and institutions to check corruption have quietly faded away.

The exhaustion of the usual repertoire of political ideas and the inability to compete with BJP on nationalism is now leading to a situation where each party wants to promise the moon to voters in the hope of winning power. ECI is not even trying to create a ‘level playing field’ between political parties but only to get more information to voters so that they can make better choices. All that it did was ask political parties to share information on how they plan to fund their promises. The manner in which political parties responded to the ECI proposal shows how far India has come from any rational political debate. Even asking for some information is considered dangerous to democracy.