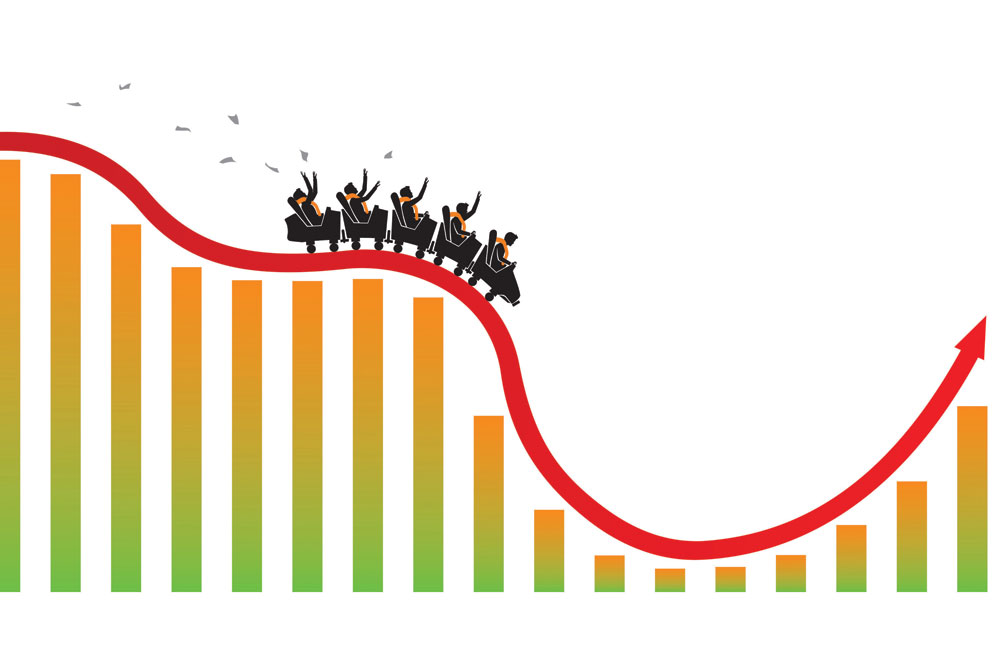 
THERE WAS GOOD reason to be cheerful in the last week of February. Usually, economic data released by the Government is treated with scepticism. But when growth data for the third quarter (Q3) of 2020-2021 along with the second advance estimates for the entire year were released on February 26th, even hardnosed analysts melted. After two quarters of contraction, the Indian economy posted a slight positive rate of growth in the third quarter.

A 1 per cent growth in Gross Value Added (GVA) terms (0.4 per cent GDP) may be peanuts by Indian standards but when compared with the severe contraction in the first and second quarters—(-)24.4 per cent and (-)7.3 per cent respectively, in GVA terms—this was a much-needed signal that India was back on track. The real significance of growth in positive territory is psychological. In a year of extreme uncertainty when economic activity crashed, this is important from another perspective. In periods of great uncertainty, a key driver of growth—consumption—slows down as people tend to hoard cash and other resources as precautionary savings. The first quarter of 2020-2021 showed that very clearly. Household financial savings jumped to 21.4 per cent of GDP compared with 7.9 per cent in the first quarter of 2019-2020. The impact was clear: consumption as a source of growth had come crashing down. As growth re-enters positive territory, this will give confidence to individuals to begin spending again.

It is worth noting that consumption fell off a precipice in the first quarter of the current year and even now, in the third quarter, its growth remains in negative territory at (-)2.36 per cent compared to the same period in 2019-2020. But this is much better than the disaster seen in the first quarter. Usually, the details of growth figures are of interest only to close observers of the economy. But this time they have been watched avidly by a much wider section of people. Given that economic performance in modern times is an expectations game, everyone wants to know whether they can go back to normal life.

While the overall direction of growth is positive and the economy is unlikely to contract in the last quarter of the year, the interesting aspect of the released data is that official statisticians have taken a conservative approach in their estimates while many of their counterparts in the private sector think the economy may be growing at a faster rate. While those are arcane debates of a technical nature, there is one set of figures worth noting. In the third quarter, GVA growth stood at 1 per cent while GDP growth was lower at 0.4 per cent. This is not a statistical discrepancy and several private sector economists have noted the difference.

‘Because the budget on 1st February made it all too clear that over two years, the government intends to pay off past accumulated dues to intermediaries for food and fertilizer subsidies (for instance it intends to pay INR 1.7tr to the Food Corporation of India in FY21). Repayment of some of these bloated up subsidy growth, thereby depressing the December quarter GDP growth, in our view,’ HSBC India chief economist, Pranjul Bhandari, noted after the data was released.

The question is: Which measure is a better indicator of growth? Bhandari said that under the circumstances, GVA better reflected the growth situation: ‘With GDP getting impacted by payment of previous-year subsidy dues, we think GVA will better reflect economic growth, not just in FY21 but also in FY22 (when some more of the past year dues are scheduled to be paid off).’ It is interesting to note that while contraction in growth for the entire year, according to the National Statistical Office, is pegged at 8 per cent of GDP, private observers doubt this. One argument being if that level of contraction is to be true, growth in the fourth quarter needs to be negative, a scenario increasingly difficult to visualise as growth simply cannot dive back into negative territory after a 1 per cent GVA increase in the third quarter.

Does this mean the economy is out of the woods? Several estimates point to the annual growth rate in 2021-2022 being anywhere between 10 and 12 per cent. This may very well turn out to be true. Some of the sectors that were large sources of employment (for example, construction) or accounted for a large share in economic output (services being the key example) were hit disproportionately. In the first quarter, construction contracted by almost 50 per cent as migrant workers returned home and buyers of property suddenly froze in their tracks. Services, a sector dependent on mobility, fell by 47.6 per cent. While construction entered positive territory in the third quarter (6.2 per cent growth on a year-on-year basis), services continue to remain in the negative zone.

A full economic recovery—however one may define the term—requires that people become confident to travel and spend as they were doing before the pandemic. Both parts of that story are unfolding: consumption is slowly limping back to pre-pandemic levels although it may take another quarter for the picture to be fully clear. But for services—arguably the most important part of India’s economic story—to return to normalcy, it is essential that vaccination be sped up. Vaccination and services are, one can safely say, tightly linked.

With economic revival in sight, the debate on the required intervention from the Government has shifted. Last year, there were loud demands for a fiscal stimulus during the crisis along with necessary support for the small and medium enterprises (SME) sector and the poor. The concern now is about the permanent loss of growth due to the pandemic and its effects in the medium run. Data from corporate earnings show that listed, larger companies have fared better compared to their SME counterparts. This was due to the larger companies’ better ability to withstand damage to their balance sheets. The fear is that smaller companies, the backbone of the job economy, have been adversely hit and, with them, the ability of the economy to create new jobs.

This has led to two very different prescriptions on what to do. One set of economists believe that it is important that the Government continue to handhold small companies in terms of providing them a credit cushion and also continue support to the poor. There are other economists who suggest that recovery of growth is more important. For now, the Government has focused on growth.

In a way the debate was spurious. Last year, soon after the lockdowns were imposed, the Government began undertaking reforms for encouraging growth simultaneously with ameliorative welfare measures for needy citizens. There could not have been any other way. Any government answerable to the electorate could not have ignored the suffering due to the huge dislocations during the pandemic. The Pradhan Mantri Garib Kalyan Yojana was designed for that purpose. But unless steps were taken to clear the roadblocks for growth, the ‘handholding economy’ would have become a permanent feature in India, something this Government wants to avoid.

The pandemic has led to fears of inequality going from bad to worse in India. If this happens, it will largely be the result of job and income losses. While India has seen large inequalities, these have never become a political issue. But the danger should never be underestimated. One reason why India could not get on a sustainable path to high growth was continuing government expenditures on the ‘handholding economy’ for a long time. It was a vicious cycle where the absence of growth meant the formal economy, with its better jobs, never grew beyond a point and the large numbers of people needing support left few resources in government’s hands for productive investments in infrastructure and other areas necessary for growth.

Last year, the government was busy with necessary changes to enable growth once the pandemic was over. It did not fall into the trap of an income support programme. With vaccination picking up, the possibility of a broad-based economic recovery is in sight

Sound economic growth requires a pick-up in investment growth, probably the weakest link for India. If in an earlier age, ideological and structural reasons militated against investment; in the last few years, balance sheet crises and the pandemic have ensured that investment growth did not take place. With some parts of the private sector de-leveraging fast, investment growth is now a distinct possibility. When seen together with the Government’s reform impetus and shedding of the ideological baggage against the private sector—as seen notably in Prime Minister Narendra Modi’s recent statements—this may finally happen in the years to come.

There will, of course, be hiccups and missteps along the way. Economists worry what will happen when the moratorium on loans enforced by the central bank comes to an end. The possibility of small companies defaulting on loans because of factors not in their control is one dominant area of concern. There are others as well. But these are nothing compared to the very difficult days that began late last March.

Even during the pandemic, when some level of help to the poor was necessary, the Government was aware of the danger of going back to the ‘handholding economy’. Last year, when many commentators were insistent on an income-support programme, the Government was busy undertaking the necessary changes to enable growth once the pandemic was over. It did not fall into the trap of an income support programme. Now, with vaccination picking up, the possibility of a broad-based economic recovery is in sight. The third quarter data shows that recovery in the services sector, the mainstay of the economy, is yet to restart. But as vaccination proceeds apace, there are good grounds for recovery in this sector. The fourth quarter data and that for the first quarter of the next fiscal will be keenly watched.