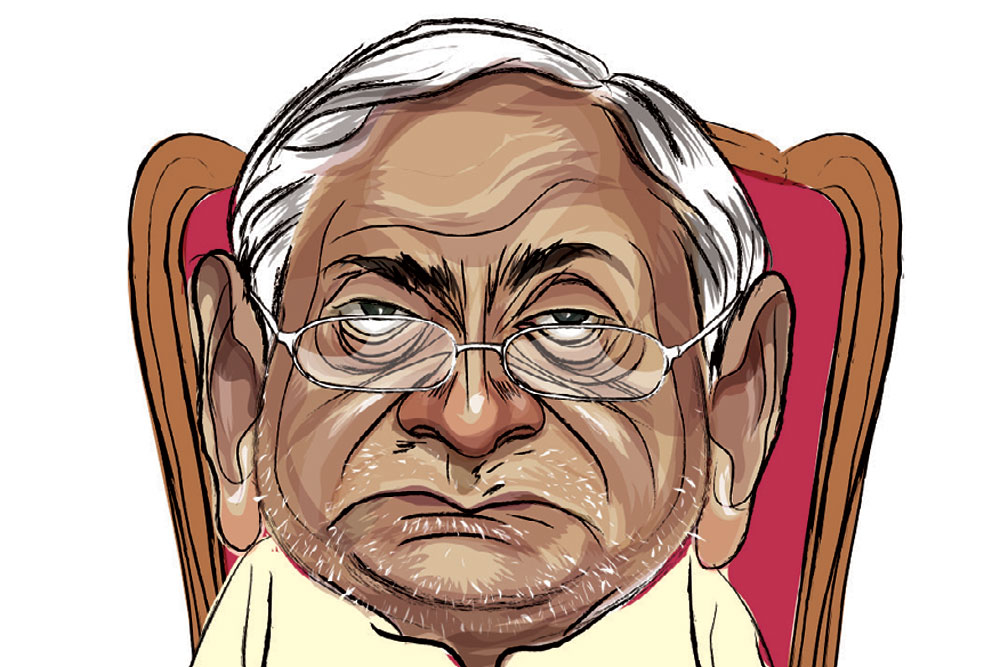 
Bihar chief minister Nitish Kumar’s decision to break with BJP and re-ally with the Rashtriya Janata Dal sets the stage for a decisive battle for the extremely backward classes vote that has decided poll outcomes in Bihar with BJP making the case that this vote is now aligned with Prime Minister Narendra Modi rather that Mandal leaders like Nitish Kumar.

Addressing a press conference on Wednesday, BJP leader Sushil Modi asserted that the situation that saw Janata Dal (U)-RJD win the 2015 assembly election has changed. “The 2020 assembly election saw the EBC vote back Modi, not Nitish Kumar. If the EBCs had voted for you (Kumar) then you would not have got 43 seats. BJP-JD(U) won because the EBCs voted for BJP in large numbers,” Modi said.

BJP leader Ravi Shankar Prasad made a similar point when he said the feedback from the first round of polling in the 2020 state elections had been disappointing and that this led to the Prime Minister campaigning vigorously in the remaining phases. “It was only when the PM threw himself into the campaign did the vote move towards the BJP-JD(U) alliance,” he said.

The JD(U) decision to part ways with BJP does have a crucial bearing on the 2024 Lok Sabha elections. Conventional caste calculus would bank on RJD’s Yadav vote along with Kumar’s own Kurmi support plus EBCs outperforming BJP. The expected consolidation of Muslim votes behind the RJD-JD(U) alliance would seal the deal and settle the outcome. This, however, would depend on which way the tussle for EBC votes goes as their preference can jumble the arithmetic.

Ahead of the 2015 assembly poll, electoral analysts pointed out that castes such as Lohars, Kumhars, Badahis, Telis and Kewats were the deciding factor. The significant OBC castes like Yadavs (15%) and Kurmis (11%) were seen to back RJD and JD(U) and may well continue to so in the next 2024 Lok Sabha poll. In 2015, as things turned out, EBCs went with Nitish and BJP’s pitch warning against the return of “jungle raj (short hand for RJD rule)” did not work and the saffron campaign came up short.

Poll strategist Prashant Kishore, who advised Kumar during the 2015 campaign, told TV channels that performance of the government will be a key issue, suggesting that caste equations alone may not be enough. He  seemed to hint that Modi’s model of reaching welfare schemes to the poor and the emotional pull of Hindutva had not left the EBCs untouched.

In 2010, EBCs were indeed an important reason why BJP-JD(U) scored a handsome victory winning 115 and 91 seats in the 243 seat House. It can be argued that the EBCs viewed Kumar as their leader in this election. A loss of 28 seats in 2020 over its 2015 tally while BJP won 74 seats clearly meant an erosion in the JD(U) base.

In a state where caste loyalties run deep and backward-Muslim consolidation is more potent than in Uttar Pradesh (where BJP has got the better of SP and BSP), the EBC effect cannot be easily estimated. If they break for Modi and BJP will that be enough to defeat RJD-JD(U)? What if their support is more diffused? These questions are difficult to answer but BJP will consider that the 2014 and 2019 Lok Sabha elections were “presidential contests” delivering massive mandates for Modi and the Prime Minister will remain the reference point in 2024.