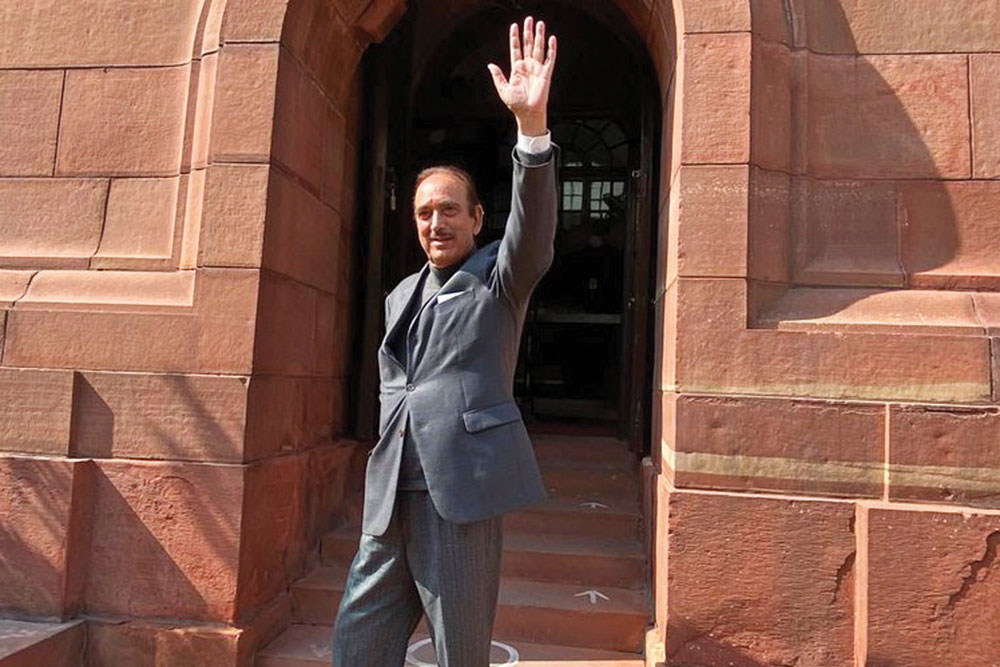 Some of the after effects of Ghulam Nabi Azad’s letter quitting Congress were evident in the decisions taken by the Congress working committee on Sunday and more might become evident in days ahead. For one, the Congress leadership is now committed to a schedule for electing the party president and secondly, the stakes for Rahul Gandhi have got steeper.

Azad’s sharp criticism of the state of affairs in Congress – telling Sonia Gandhi that she is a “nominal head” and claiming that decisions were actually taken by a coterie around Rahul Gandhi – cannot be drowned out by accusation of disloyalty which has been the standard response so far. It puts under scrutiny Rahul Gandhi’s persistent refusal to re-assume leadership of the party which he quit after the 2019 Lok Sabha drubbing.

If Rahul Gandhi sticks to his apparent resolve not to take charge as party chief, it may reinforce the criticism that he is not keen to lead from the front and be accountable. The “remote control” Azad referred to has been clearly evident in various appointments and Congress’s strategy in Parliament where party MPs (some also Congress office bearers) convey what is to be done.

As leader of opposition in Rajya Sabha, Azad and his G 23 (group of dissidents) colleague Anand Sharma (then deputy leader) were often in the dark about what exactly the party MPs were to do on any particular day and were often in disagreement with the prolonged blockading tactics adopted by the party. After their terms ended, the Congress parliamentary group is pretty much a loyalist affair.

Azad’s allegation that “proxies” are running the show while a “non-serious” individual is being foisted on the party increase the risks of maintaining a hand off posture. An “official” nominee as party president will attract the charge of being a dummy even as the dissidents are alleging that the process of drawing up the electoral rolls is completely lacks transparency. The possibility of Priyanka Gandhi stepping in also seems remote as the party buzz has it that Rahul does not want a family member to hold the post of president. In any case, her preparedness for the job is uncertain even if she were willing.

So, while Rahul Gandhi seems happy running the show without grasping the steering wheel, not doing so has significant downsides. At the same time, should he allow himself to be persuaded to reconsider, preparing the party for the 2024 Lok Sabha poll is not an enviable task. Another rout will not improve his CV. But then politics is often about making difficult choices.