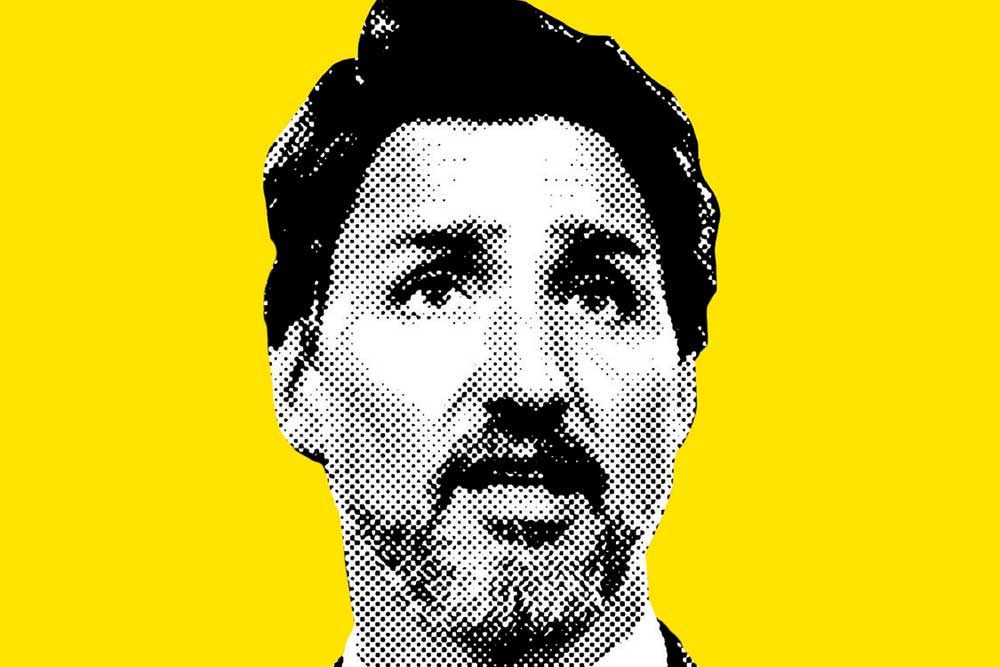 
AFTER COMING UNDER frequent scrutiny over his scandals and gaffes, Canadian Prime Minister Justin Trudeau unsurprisingly waded into the farmers’ protest debate in Delhi by backing the farmers and relaying his concerns to the Modi Government.

The Sikh diaspora is an important constituency in Canadian politics. But in allowing Canadian foreign policy to be overwhelmed by a minor domestic consideration, his adventure exacted a much higher diplomatic cost. In effect, he pushed New Delhi to issue a statement that one would be forgiven to think was directed towards a long-time rival.
Consider for a moment the irony in Trudeau’s statement, even when his representatives at the World Trade Organization have consistently criticised India for its minimum support price policy, the very thing the farmers are agitating for.

Last year, Trudeau barely survived politically after being found to have appeared in Blackface several times in his youth. It hurt his global image much more than it would have hurt some other leader, because he had built himself into such a large progressive brand. Then there have been the controversies over his conflict of interests. One of these allegations involve a Quebec-based company SNC-Lavalin, which Trudeau is believed to have tried to help avoid a corruption trial in the fear that it would move its head offices, potentially jeopardising many jobs in Quebec. Jody Wilson-Raybould, an important symbol of Trudeau’s progressive ideals since she is the country’s first Indigenous person and only the third woman to hold the post of justice minister, accused Trudeau of ‘undeniable elements of misogyny’ as he tried to bully her into helping the firm.

The farmers’ protest debate is also not the first time that his diplomatic sagacity has been called into question. Last year, he referred to Shinzo Abe, Japan’s prime minister then, twice as the leader of China. Not to mention his big Canada Day speech some years back, where he named every province in the country with gusto, but in the process left out Alberta, displeasing an entire province. And then that moment last year, when he was caught on camera sniggering behind Donald Trump’s back with Emmanuel Macron and Boris Johnson like mean schoolchildren.

These blunders can have big consequences. Like the time some months ago, when, for a progressive democracy such as Canada’s, he dangerously sought to limit its free speech. He did this while offering solidarity with France, saying free speech comes with limits. “We do not have the right, for example, to shout fire in a movie theatre crowded with people, there are always limits,” he said. This was a sharp deviation from what other Western democracies were saying.

Trudeau also appears to allow himself to be taken advantage of. Earlier this year, when a commercial flight was mistakenly brought down by an Iranian missile, killing 57 Canadians, he refused to give in to the urge of blaming Iran. He took a more broader statesman-like stand, as he partly lay the blame on the US for increasing tensions in the region. And yet just months later, despite Iran not having taken full responsibility for its actions, Tehran managed a diplomatic coup, when it got Trudeau on camera shaking the hands of Iran’s smiling foreign minister Javad Zarif on the sidelines of a conference. A Globe and Mail opinion piece read, ‘… allowing Mr. Trudeau to be photographed by Iranian press with a smiling Mr. Zarif—rather than having a private meeting—was all wrong. The photo is another feather in the cap of the Iranian regime, and it was not in our interest. This was a public-relations blunder for Canada.’

Much of Trudeau’s carefully cultivated liberal image has been built in contrast to Trump’s. In a way, Trump’s blustering term has allowed Trudeau, coupled with his youth and social media nous, to mask his inexperience. But this is now beginning to show.

The unravelling of the Trudeau brand probably began around the time when he visited India in 2018. Dubbed the ‘worst Canadian prime ministerial trip abroad ever’, Trudeau got an incredibly frosty welcome and was seen hobnobbing with a Sikh radical, even as he dressed in colourful Indian outfits. It was all show and no substance. Nearly two years on, little has changed.