Sexual assault cannot be explained away by geography, morality, emotionality, causality, and certainly not anodyne reportage that allows you to skim and move on, says A Ranganayaki, who knows 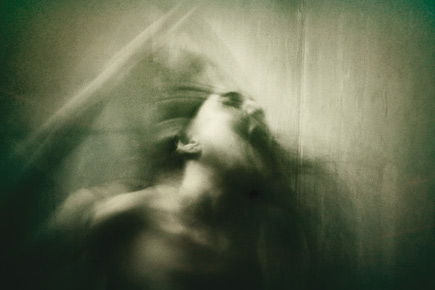 Sexual assault cannot be explained away by geography, morality, causality, and certainly not anodyne reportage that allows you to skim and move on


Sexual assault cannot be explained away by geography, morality, causality, and certainly not anodyne reportage that allows you to skim and move on

One morning, two months ago, I read a horrific news report in the Hindustan Times about the rape and subsequent gangrape of an 18-year-old girl in Delhi. She was first raped by her brother’s father-in-law, who had asked her to his home on some familial pretext; she managed to escape him, found a taxi driver in her catatonic state, and asked to be dropped home. Instead, the driver and his companions took her someplace in Dwarka and gangraped her.

It was the use of the word ‘allegedly’ littered throughout the very short report that I first registered. It made me so angry, for some reason. I don’t think the word has been used or drawn my attention as sharply in reports about other crimes. Allegedly. Supposedly. Apparently. Maybe. We’re not sure.

Perhaps it is to do with my own ghosts, perhaps not. Reportage on sexual violence has, in recent years, become far more prevalent; popular, even. The typical ‘progressive’ response to this is one of affirmation, validation; the willingness to talk about it in public. My response was different. My entire being revolted against the ambivalence of the writing, because if anything, its uncertainty made the monstrosity of the act palatable. It gave me the option of feeling a passing horror at the article, and moving on. Then, there were responses from people on Delhi and its total lack of safety. That appalled me too. Is geography central to this story? I don’t believe it is. Relevant as an aside perhaps, nothing more. The cab driver and his mates raped her again. Because she told them what happened? Because she was already a tainted, violated body? Did it excite them?

Sexual violence and abuse are primal and unspeakable. It is far more comfortable to denounce them in terms of morality, emotionality and religiosity than to actually engage with them. They defy historicity, context and the narratives of modernisation. They are liminal, suspended, beyond the reach of articulation. Predicated upon cornerstones of morality, anything remotely related to sexuality is always exciting press, but it’s a fine line—you don’t want to offend sensibilities. People ask me if talking about experiences of rape, abuse and violence help “get over” it. “Is it somehow therapeutic?” they enquire sweetly and cluelessly. No, I tell them. You never “get over” violence. The experience of violence is always constitutive of our beings, our identities and sexualities. The reason I speak is because I can; because I want to; because it affords some navigability through a maelstrom which holds no “rationale”, escape or solace.

The one thing that always haunted my own experiences of violence; sexual abuse as a child and as an adult, from familiars and strangers; relatives, friends, men who worked in the house, was validation—a desperate search for a reason, for it to somehow be explained. I realise now that this intellectual privileging of explicability and causality in our societies is almost as abusive as physical violence.

This is why I find the rhetoric of ‘justice’ so difficult to digest; as much as I think it imperative, it leaves no room for ambivalence, guilt, or just unmitigated grief and rage. Pop cinema either kills its raped women by way of suicide, or conjures a bloodthirsty story of vengeance. The real story, though, cutting across borders of class, ethnicity, education and colour, is one of silence, which sinuously metamorphoses into either strength or culpability; narratives of morality. As I read the story of this woman, my own memories bleeding copiously into it, I wondered: how do we transpose the story of our bodies, our corporeality, into the realm of our minds, making it more palatable, an abstract matter of societal morals and justice?

I have for some time now been interested in the exclusion of the body within the ‘intellectual’ strongholds of our societies—politics, law, medicine, culture. I have, in my academic bubble, been reading and writing about the forcibly silenced knowledges, experiences and narratives of the body. The idea that our bodies are systems—perfect, machinic and self-regulating forms—is at the core of our internal and personal definitions. Miracles of science, miracles of God, whichever you fancy.

Every time I come across an incident of sexual violence in the papers or on the internet, I have a total breakdown. Every bit of feminist writing I’ve ever read swirls in my head. I try to remember it, hold on to it and be able to articulate it. Everything except a searing shame forsakes me. It’s in my body that this shame is branded. Not in my mind, not in the papers I write, or the endless debates I’ve had and continue to have. None of it abates my increasing terror at the realisation of the Foucauldian nightmare: that we’re either diseased bodies that must be cured, or docile bodies that must regulate themselves. When I choose sexual freedom, I’m almost constantly haunted by the spectre of disease or the nagging doubt of whether I’m complying with the hetero-patriarchal regime. I forget whether I was a desiring body or not. I forget if I revelled in my freedom of choice. I forget if agency had anything to do with it, or if I just needed validation from the fascist, violent, aesthetic laws of a system that categorically elides the stories that bodies tell. And I wonder; if I can’t tell stories of freedom and celebrate them without fear and shame, because I’m never sure if they are in fact stories of freedom, how will I ever do it with stories of violence and pain?

After facing unspoken judgement and humiliation at several medical stores in the city, I finally read a news snippet informing me that there was state opposition to the free availability of emergency contraception in pharmacies because it ‘promotes free sex and irresponsibility amongst unmarried people’. I’m still not sure how to respond to this. At every level it invisiblises my body, my agency, my choice. It denies me medical safety, it silences my desire. It tells me that the only reason I should need to have sex is if I was married, or wanted children. Not only must I struggle with the biology of my body, but also with the moral depravity that my society inscribes it with.

Among most women and many men I know and love, stories of violence and abuse are not uncommon. Our minds may hold the narratives, but our bodies bear the scars, memories and stories—a young child in the afternoon, when nobody is home to hear her scream. A teenager in her cousin’s home for the summer vacation, the gardener who came home every week, the cook who lived at home, her father, his sister. All these are stories of silenced bodies. I wonder what will become of the girl—the relentless media, the moral boulders she’ll be made to swallow. The ‘objective’ investigations, the panels, the decisions of arbitrary people about whether or not she’s telling the ‘truth’. Her body will become an altar, dead and unspeaking, upon which ‘justice’ will play out. What of us, you ask? We will forget, and drink deeply of our amnesia until the next time there is an alleged rape. My daughter, my sister, my dearest friend.