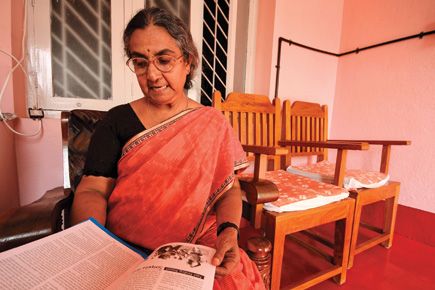 Reliving the trauma of nine months in the shadow of a ‘sedition’ case even though no chargesheet had been filed.


Reliving the trauma of nine months in the shadow of a ‘sedition’ case even though no chargesheet had been filed.

In February, I received a notice from the local police station informing me that a case under Section 124-A had been registered against me on 4 October 2007. The charge was directed against the People’s Union for Civil Liberties (PUCL) for bringing out a bulletin, of which I am the publisher. The PUCL in Karnataka has been quite active in conducting fact-finding missions in different parts of the state. One of our fact-finding reports was on an encounter death in Chikmagalur district. My hunch is that it was this which triggered the case against us. In the report, we spoke out against the government for targeting tribals, four of whom had been killed in that encounter. We had also been writing about people’s movements such as the one against the Chamalapura Thermal Power Plant. Such reports were not going down too well with some quarters of the establishment.

Although the case was registered in 2007, I don’t know why I wasn’t arrested immediately. I have interacted with the local police on many occasions in connection with civil rights and women’s cases. (I am also one of the vice-presidents of the All India Progressive Women’s Forum.) I recall one of the policemen enquiring about my connection with PUCL. He said he wanted to discuss something with me, but somehow the meeting never happened. Eventually, two years and three months later, they did send me a notice. And I was asked to give a seven point clarification.

Frankly, I didn’t even know what the charge under Section 124-A was. I had been accused of inciting communal riots and turning people against the State. I had also been charged with Section 14 and 15 of the Press Act. My husband, of course, was very worried. He realised this was quite serious. I was advised to immediately apply for anticipatory bail. So on the same day, I called some lawyer friends of mine. We called a PUCL meeting later that day. Everyone was extremely worried for me. But since I am quite used to going in and out of police stations, I was not really all that worried. What is the most that the police can do? They can put me in jail. So be it. I’ll sit there for a couple of days till my bail is moved. But some of my activist friends were paranoid about the consequences this could have for me. They suggested I go underground. They said I should abscond from my house between 8 am and 8 pm in order to avoid arrest. I was told not to keep my vehicle outside so that people would think I’m not at home. On the next day of being served the notice, I took off to another city for a day. I tried this whole business of not being at home for some days, but then I gave up. I am a retired person. I don’t have specific office hours to keep. The tension continued for a couple of days. I had decided to take it as it comes. I was also granted anticipatory bail.

People advised me not to go to the press. Everyone was in panic mode. We were advised not to aggravate matters by going public about it. Although now it is all very clear, at that time, we didn’t completely understand what we were dealing with. All I can remember was how afraid people became. Many people didn’t want to come to our house. We faced a kind of social boycott. People were scared to associate with us. Section 124-A is quite serious. Many people even said they didn’t want to be members of PUCL. They said as much to me. People were avoiding us. People probably thought that since I am a retired person, I could afford to take such risks, but when you are in service, the stakes are much higher.

I became more cautious too. I didn’t give any public speeches in Mysore or Bangalore during that time. I was consciously avoiding such meets.

For me, the real harassment began when I started doing the rounds of the courthouse. Regular bail has to be applied for within one month of applying for anticipatory bail. So for the bail hearing, I would have to show up in court every month. I would stand there as an accused. There would be 50 other people. And only two benches. From 10.30 am to 2.30 pm, I would be stuck there. By the end of it, I was quite familiar with the court proceedings. The public prosecutor seemed least interested in objecting to my bail application. Dragging the case seemed to be the State’s only tactic. And on some days, the judge would be on leave. And the case would go on and on.

Meanwhile, public pressure was building in my favour. Women’s groups and civil rights groups in Mysore and Bangalore had created an uproar over the case. An online-petition was started to rally people both nationally and internationally.

Around September, my husband and I (who is also an active member of the PUCL) were summoned to Bangalore. We were asked some technical questions about the publication of the bulletin. We had made some technical mistakes, which we had corrected in the subsequent issues. The bulletin is not even in publication anymore. Due to lack funds, we had to discontinue it; the last issue was published in 2007.

So finally, after about six months, the police gave me a clean chit. And no chargesheet was filed.

The whole exercise by the State seems to have been to harass us, to stop us from being active. This is sad. Any other person in my place might have become extremely demoralised under the circumstances. It did affect me too, to some extent. I stopped speaking at public meetings.

It is wrong on the part of the government to initiate such cases and terrorise democratic organisations. If this were to happen to a youngster, it would really affect her. Activists are being targeted. Though it did shock me, it is not going to stop me. We are not afraid to criticise the government. Why shouldn’t we raise the issue of the rights of people? We believe in democracy. We are not terrorists.

(Dr Rati Rao is a retired scientist and social activist, and also vice-president of the People’s Union for Civil Liberties and All India Progressive Women’s Forum.)

As told to PALLAVI POLANKI