Bobby is a 32-year-old man who feels like a woman. Here, he talks about what he went through to be both, and still come out happy 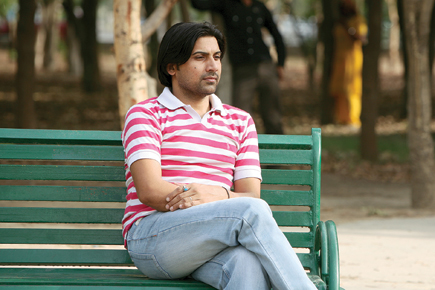 Bobby is a 32-year-old man who feels like a woman. Here, he talks about what he went through to be both


I’ve always known I’m different. Actually, nice and different. My homosexuality is shades apart from members of my community. And I am pretty comfortable with it. For example, I’m married—married nearly as happily as a man in a marriage can be. I have a six-year-old daughter whom I love to distraction. And I have a boyfriend with whom I have been going steady these last three years.

Those who know me and my family find my range of intimate relationships hard to understand. Maybe, they don’t want to understand. People try not to figure out complex situations for various reasons. I don’t blame them. We could all do without complications.

Given a choice, I too would like a simpler life, emotionally and sexually. As it is, I have to work really hard to maintain the fragile equilibrium of my relationships. But the bottomline is, I am loved by both my wife and my boyfriend. That is a good feeling.

Usually, in the transgender community, marriages take place due to emotional blackmail. ‘Jaydaad se bedakhal kar denge’ or ‘khaandaan ka naam kaise aage badhega’ are just some of the words that do the trick. But this wasn’t true in my case.

Let me begin from the beginning. I grew up in a tiny village in UP. As I started going to school, I found out how cruel children can be. I was different from them and they sensed it. I was the butt of jibes and sneers. At times, I did find the going very tough. Quite often, I would return home from school with tears in my eyes. The problem was more acute because I was too young to understand what was wrong or right with me. My mother would soothe me. She would ask me to ignore the ragging. She understood what I was going through. So did my brothers. I am thankful they didn’t isolate me in the family for my sexuality. If they had, I’d have grown up to be an unhappy person.

I can’t stress how important an understanding family is to a differently-sexed person. The body is a great source of negative feelings like guilt and remorse. Even for a normal person, the vagaries of his or her sexuality force him to be furtive and secretive. But when you are alternatively sexed, the potential for shame and subterfuge is manifold. I can’t bear to think of those like me who spend their entire lives in travesty. The freedom with which we live is largely dependent on how honest we are with ourselves. But in our society, there is great pressure to conform with conventions. And these conventions often encourage us to be dishonest with ourselves and others.

Thanks primarily to the openness of my family, I was spared the inner struggles and the painful conflicts characteristic of transgenders. By and large, I was accepted within my family for what I am—a woman trapped in a man’s body. And so, I was spared quite a lot of the trauma normally associated with suppressing one’s sexual identity.

I ran away from home when I was 17 years old. I had got into some financial trouble. So then one day, I upped and left. I ended up with a group of kinnars (hijras). And for a while, it felt like home.

But the news of my communal living was not taken kindly to by my family. I was, after all, born into a zamindar’s family. And we had a social standing which was pretty high. My family felt pressured by peers in the village to ‘correct’ my ways. I think my relatives felt embarrassed. Well, finally, my parents sought me out and my father insisted that I get married. Perhaps, they had thought that when I grew up I would become ‘normal’; that my childhood eccentricities were passing fancies. I was heartbroken. I could not tell them I was truly different. But at the same time, I felt I had a duty towards my family. All said and done, they had given me so much love and understanding. I thought I would be doing the right thing by saying yes to their wishes.

So I relented. But I had a sense of honour. So I insisted that they inform the bride of their liking about my sexual history. I am not absolutely sure what exactly they brought themselves to tell her, but I believe they did mention my stint with the hijra community.

As it happened, my wife to be was a very simple-minded person. And she could not fully comprehend the complexity of the situation. I am not yet sure how she came to terms with it. Maybe, she thought that most men had similar sexual experiences. Eventually she must have relegated it to the back of her mind, the way people tend to do with difficult decisions.

The marriage took place. I felt a bit like the sacrificial lamb. But my family seemed much happier. It is strange how much Indians set store by society’s opinions.

I was ill at ease, though. A few months into the marriage, I decided to come clean with my wife. I had always been pretty bad at deception. So, I sat her down and explained to her that though I look like a man, I felt like a woman. I explained to her that it was not a disease or a mental problem. That I was not sick. That it was not a bad habit either. A habit that might die with time. Or, a habit that you kicked with character and determination.

My sexuality, I explained to her, was me. It was just who I was, it was part of the very fabric of my soul. I told her that we could make the best of the situation and stay happily together. After all, a marriage was all about friendship and companionship. If she felt uncomfortable, she was under no pressure to carry on with the situation.

It was not easy for me to say all this to an innocent woman who, for all practical purposes, had walked into a trap. But it must have been a hundred times more difficult for her to listen to her legally-wedded husband confessing what must seem to her to be terrible secrets. I was afraid she would have a nervous breakdown. But she was tougher than I thought.

My friends helped too. A friend of mine, also gay, for example, had his wife talk to my wife. She took her to watch Deepa Mehta’s Fire, which has a lesbian theme. And she told her, “Our husbands are in the same situation as these women in the film.” Perhaps, that movie helped. I don’t know for sure, of course.

A few days later, though, my wife told me, “I understand you. And I have no problems with your sexuality. But at the end of the day when you come home, come back to me as my husband. Leave all your relationships behind.”

I admire my wife for her stand. I promised to do exactly as she wanted. Today, we have left the initial hiccups far behind. We will soon complete seven happy years together. In her, I have discovered a companion and a friend for life. And we have daughter who is our joy. By and by, I have found acceptance outside my family too.

And there is my boyfriend, who I ran into for the first time at a supermarket and who continues to be a stable source of comfort. I first discussed our relationship with my sister. Now, the level of acceptance in my family is such that he comes over regularly. And my wife accompanies me whenever there is a function in his house.

It’s a fine balance and it takes a lot of effort to maintain this. Consider my day. I wake up, help my wife pack lunch for our daughter. Once she goes to school, I get ready to go to work. I generally leave by 7 pm to go to my boyfriend’s place. After spending a couple of hours together, he drops me home on his bike and then I spend time with my wife.

On my days off from work, I usually spend the entire afternoon with my wife. I take her shopping or whatever it is that she wishes to do. The evenings are reserved for my boyfriend; we usually watch a movie together. To get the support of both these people is an exhilarating feeling.

I am aware that this is an unusual situation and some day, my daughter will have to be told of it. She is really too small right now to understand the dynamics of it all. Maybe, by the time my daughter turns 17, I won’t even need to explain anything to her. She might just understand everything on her own. And if she ever finds herself in trouble, her father will be her best friend.