The Lady India Loved to Hate

The fall of Robin L Raphel and an old diplomatic peeve 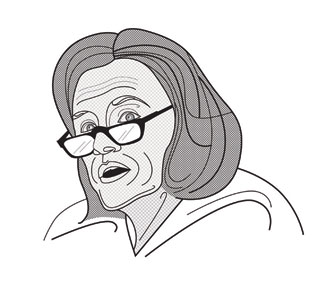 The fall of Robin L Raphel and an old diplomatic peeve


Earlier this month, news leaked out that counter-intelligence agents from the Federal Bureau of Investigation (FBI) had searched the Washington DC home and State Department office of veteran diplomat Robin L Raphel, on suspicion that she had taken classified information out of the department.

If these events mark the end of Raphel’s 35-year diplomatic career, it will probably be noted with more regret in Pakistan than India. Raphel has been a controversial figure in Indian foreign policy circles for the last two decades because of a perceived pro-Pakistani tilt in her multiple terms of service as a senior US diplomat in the region.

Raphel, 67, has not been charged with a crime, but in October, her security clearance was revoked and her contract with the State Department not renewed, according to The Washington Post. An FBI investigation is continuing.

Raphel’s experience in South Asia goes back to the late 70s, when after a stint as a CIA analyst, she joined USAID in Islamabad, Pakistan. In 1978, she returned to the United States and joined the US Foreign Service.

An ex-husband, Arnold Raphel, served as US ambassador to Pakistan from 1987 until his death in the same 1988 plane crash that killed President Zia ul-Haq, but Robin Raphel did not serve in South Asia again until 1991, when she was named the political officer at the US embassy in New Delhi.

In the summer of 1993, shortly after the election of her old friend Bill Clinton—they had met while studying the same year in the United Kingdom (he was at Oxford, while she was at Cambridge)—she was tapped to become Assistant Secretary of State for the South Asian bureau.

Raphel’s relationship with Pakistan seems to have been mutually friendly from the start. After the raid earlier this month, a spokeswoman at the Pakistani Foreign Ministry said that Raphel had always been “a good friend to Pakistan.”

In one interview, Raphel claims to have a similar fondness for India. From the Indian side, however, it was more or less a matter of hate at first sight.

Things did not go well from the very beginning of her high-profile role as the Assistant Secretary of State for South Asia, when at an off-the-record briefing in October 1993, she told the reporters that the US viewed “the whole of Kashmir as disputed territory, the status of which needs to be resolved.”

This had been the US position going back to Truman, according to The Limits of Influence, a history of US foreign policy on Kashmir by Howard B Schaffer, but no one ever said so in public. Where John Malott, the interim head of the Clinton Administration’s new South Asian bureau, had danced around the Kashmir question as was traditional, Raphel stated it bluntly.

This news set off a firestorm in the Indian press and some headshaking back in Foggy Bottom, according to Schaffer. Indian policy watchers saw this as a major change in policy, and a tilt toward Pakistan. American diplomats, meanwhile, wondered why she had walked so boldly into the sensitive area, and gone so far beyond the standard American line that Kashmir was a matter for the Pakistanis, the Indians, and the Kashmiris, to work out together. It was like walking into a minefield with no hope of reward for the heroism, one Foreign Service officer told Schaffer.

Until 1997, when she was appointed Ambassador to Tunisia, Raphel repeatedly said that she had not said anything that was not US policy, but most Indian foreign policy watchers never forgave her for it, particularly as it was followed up by other measures that the Ministry of External Affairs didn’t like, including a 1996 arms deal with Pakistan, outreach to Sikhs, and an effort to develop diplomatic ties with the Taliban in Afghanistan in part in order to build an oil pipeline to Pakistan—efforts that earned her the nickname ‘Lady Taliban’ in the Indian press.

Her next professional foray back to South Asia occurred eight years later, when after her retirement from the State Department in 2005, she took a job with Cassidy & Associates, a prominent Washington lobbying firm that retained her to represent a number of foreign governments, including Pakistan.

Raphel’s work on the Pakistani account made her return to the State Department in 2009 as a member of Richard Holbrooke’s South Asian team somewhat controversial. Critics saw the appointment as a breach in the young Obama Administration’s pledge to stop the revolving door between government officials and lobbying firms. However, Raphel’s defenders noted at the time that the wording of the rule actually contained an exception for technical experts and foreign service professionals, and the appointment survived the headlines.

One Georgetown University foreign policy scholar in Washington argues that India’s long-standing grudge against Raphel is misplaced. In Fair’s view, Indians were right to be angry about the US South Asian policy, but mistaken about where to put the blame. “Looking back, the policies towards Kashmir, Pakistan and Afghanistan were wrong,” says C Christine Fair, an assistant professor in the Center for Peace and Security Studies (CPASS), within Georgetown University’s Edmund A Walsh School of Foreign Service.

“As a straightforward, plain speaking female, we are always seen as being abrasive whereas similarly ‘articulate’ men are seen as doing their jobs. So yes, I think the personal animus this issue has taken has a gendered element,” says Fair.

The late Richard Holbrooke made similar statements to Raphel’s on Kashmir, but isn’t remembered in a similar way, she notes.

Like Raphel, Holbrooke had a reputation as a blunt, not-very- diplomatic diplomat, but this bullheaded quality tended to endear him to others. Secretary of State Henry Kissinger once said of Holbrooke that “If Richard calls you and asks you for something, just say yes. If you say no, you’ll eventually get to yes, but the journey will be very painful.”

“Holbrooke had more heft, said similarly wrong-headed things about Kashmir and got none of the flak she has,” Fair notes—even though he made his statements in 2008 and she made hers 18 or 20 years before.

In any case, Fair argues that it’s wrong to pin the blame for the policies on Raphel. “For some reason, many Indians want to personalise their anger. In fact, this is misplaced. These policies came from the Bush Senior and Clinton White Houses,” she says.

But one former State Department official disputes that. “As a general matter, on foreign policy issues that are not the leading issue of the day in Washington, officials at the level of Assistant Secretary of State and higher have considerable discretion in making decisions as to US relations with foreign governments,” he said. “The President, and even the Secretary of State, have so many issues on their plate[s] that they inevitably have to delegate considerable leeway to the Under Secretaries and Assistant Secretaries.”

For her part, Raphel saw her vilification as the result of efforts made by India’s Ministry of External Affairs and some old South Asia hands at the State Department, and second, cultural misunderstanding.

“I am not a stuffy diplomat and I know what I am talking about,” she said in a 1997 interview to India Abroad magazine, “and I talk straight and at the end of the day most people appreciate that. I don’t suck up to anybody, and I mean not to anybody at home or abroad. That’s not my style, and in India where there’s a bit of tradition of obsequiousness, they get a little confused about that.”

She also had few kind words for the Ministry of External Affairs. “I like Pakistan, I like India, I like South Asia,’ she declared. ‘In India, I like the colour and the texture and the sensuality of the place and the interestingness of the people, except the bureaucrats, who in my experience are not worth the time of day.”

As for insinuations that Raphel has been caught spying for the Pakistanis, Fair describes the rush to accuse her as “appalling,” and chalks it up to Indian frustration with US policy and sexism, not evidence.

One source of India’s misunderstanding about the role Raphel actually played may have come from herself and her frank assessment of her own abilities and achievements.

In that same India Abroad interview, Raphel said she had won the appointment to the South Asian post not because she was a friend of Bill’s from his Oxford days but because “in terms of the qualities people were looking for, which was imagination, leadership, not the same old mindset… I was the automatic choice.”

She also seemed pleased with how it had all gone. Looking back at her performance, she said, “If you talk to someone who really knows the issues, this administration realizes that they are indebted to me for holding the South Asia account and keeping it and trying to get attention on to it.”