HOW CHINA GETS YOUR GOAT

Festivals as an India-China power barometer 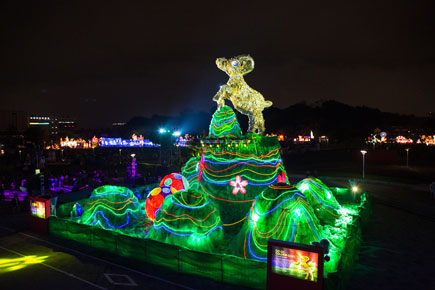 India and China have much in common on the surface. They sprawl on the map, bulging with more people than most continents can muster. Achingly ancient civilisations, they both consider their own millennial ways better, on the whole, than those of the irksome West. Their economies— China’s for sure, India’s aspirationally— offer a vision of an alternate universe, a way forward for a world mired in a stagnation that is Made in America. India and China have Chanakya and Confucius. America has… Obama.

On a human level, too, Indians and Chinese would appear to share a great deal. There is love of family, a respect for elders and ancestors, and a celebration of children (preferably male, it has to be said). There is also an obsession with food, which is usually prepared with great ceremony but eaten with an almost alarming rapidity, lingering at the table being regarded as decadent. In this, as in most other things, the Chinese outpace the Indians. Chopsticks are not for those who would dawdle. ‘Slow eater!’ is a form of abuse that mainland Chinese children use against each other, a relic, no doubt, of times when only capitalist roaders were wealthy enough to savour their food at the table.

Religious festivals are significant, too, and both nations grind to a halt when the calendar tells them to. India and China are noisy, polluted, corrupt and yet stubbornly optimistic places, driven by an old-fashioned nationalism that rejoices as much in contemporary achievements as in those that were fashioned (whether in fact or myth) two millennia ago.

There are differences, of course. The Chinese will ingest everything that moves unless there’s an irrefutable reason not to; and the caste Indian (as a rule) will refuse to eat anything unless it is explicitly permitted. Sea urchin, yes please; powdered rhino horn, make mine a double; bird’s nest, xie-xie and yum-yum. That’s the Chinese way. With Indians you must ask, “Do you take (y)egg?” Enough said, except to note, for the record, that the Indian use of the verb ‘to take’ can be very Victorian indeed. (My older Tamil Iyer relatives are also known to ‘take bath’.) Indians are tediously fussy eaters, and there is nothing I like less than to invite them to dinner at my home in New York. Cooking becomes an exercise in dietary geometry.

I had reason to ponder the comparison between India and China on the occasion of the Chinese New Year—the new year according to the lunar calendar, in which an entire block of twelve months is given over to a designated beast. This year is the year of the goat/sheep, with no one being entirely sure which of the two animals is the right one. The Chinese have said, blithely, that that the distinction makes no meaningful difference, giving rise to the legitimate question: What is one to make of a civilisation that is unable to tell a goat from a sheep? (More pressingly, how is one supposed to feel about the imminent takeover of the world by a society for which this distinction is immaterial?)

Chinese New Year is the time at which every metropolitan child in the United States—often as young as four or five— comes home from school saying ‘Gong hei fat choy’, or ‘Happy New Year’. The exercise is joyous and innocent. Chinese New Year is now a part of the big-city American cultural landscape, as rooted, I would venture, as Halloween. Indian holidays such as Diwali and Holi—which happens to coincide, roughly, with the Chinese festival—are entirely anonymous by comparison.

Granted President Obama wished all of America ‘Happy Diwali’ last year—if my memory doesn’t betray me, he may even have said ‘Diwali Mubarak’—but that was celebration by decree, an artificial inclusiveness with no organic echo on the American street. ‘Gong hei fat choy,’ by contrast, is intoned with gusto, and everyone knows what it means (even if they’d rather not eat the horrid bean-curd moon-cakes).

The same is true, I am told, for London, Berlin, Brussels and Paris. Why has this Chinese festival captured the Western imagination while Indian festivals have not, or at least not to a similarly pervasive extent? Is Chinese culture inherently more accessible to the outsider than its Indian counterpart?

I suspect that the answer to this question can be summed up in one word: Chinatown. Every Western city has one, and many have had them for over a century. The word ‘Indiatown’ does not exist, and that is not because there aren’t places in London or New York or Chicago that might be so described. In Western cities, the Chinese have always ensured that you crossed a civic border to meet them on their own terms. They see themselves as a people apart. Indians integrate more readily. They cross the border to meet you. This may reflect Indian insecurity, or an Indian assimilationist instinct. After all, India’s is an absorptive civilisation; the Chinese are, on the other hand, more mercantilist (make sure you sell much more to others than you buy from them, whether in goods or in culture).

Westerners have witnessed the Lunar New Year celebrated in their midst in Chinatowns for generations, and unlike Holi, Diwali and Navratri, with their dense mythological explanations, a New Year’s celebration is immediately accessible. There is no exegetical complication, added to which is the cutesy attraction of the animals. People love to go around saying, ‘I’m a horse, what are you?’ Adults and children alike can exult in the celebratory absurdity of it all. Unlike Indian festivals, there are no alien gods to grapple with, no parallel moral universe.

And here, I should say that Indians make terrible evangelicals for their own festivities, dwelling heavily on the ‘message’ rather than on the fun. Besides, that most appealing Indian festival of all —Holi—would run afoul of all the anal tendencies in Western parenting, with complaints about the mess, the ruined clothes, and the allergies to paint and dye. Think of the lawsuits. The year of the sheep/goat is much more disciplined: A visit to Chinatown, a slurping up of dumplings, a raucous intonation of ‘Gong hei fat choi’ accompanied by the clatter of fireworks, and then Back to America. The Chinese are brilliant at keeping the foreigner’s mind uncluttered. Indians have so much to learn from them.