Kidnapped by the State

A professor in the US takes up the cause of a terror detainee of Pakistani origin who, she says, is guilty only of being a Muslim and a critic of US policies. 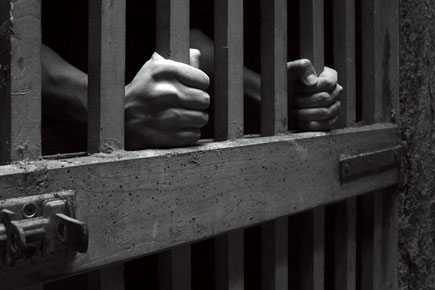 A professor in the US takes up the cause of a terror detainee of Pakistani origin who, she says, is guilty only of being a Muslim and a critic of US policies.


What do you do if a young man who was a student in your class is thrown in prison on a terrorism charge?

Jeanne Theoharis teaches Political Science at Brooklyn College. In June 2006, when British authorities detained 29-year-old Syed Fahad Hashmi at Heathrow Airport, she remembered the youth from her class several years ago. Back in 2002, in the days following the 11 September attacks, Hashmi had been a student in Professor Theoharis’s class on race. He was articulate and very critical of the ways in which the civil rights of US citizens, especially Muslims, had been curtailed by the Bush Administration.

When Theoharis heard that Hashmi had been arrested by the British police because there was a warrant out for him in the US, she was struck by the irony of it all. A part of her former student’s thesis had been about the government’s surveillance and harassment of four or five Muslim groups in the US. Now, he was himself behind bars on suspicion of having aided and abetted terrorism. Less than a year later, when Hashmi was extradited to the US, the FBI revealed that the detainee had supplied ‘military gear’ to people who had delivered these materials to Al-Qaida members in Pakistan. Then, Hashmi’s lawyer found out that the items being labelled as ‘military gear’ were socks and rainproof ponchos. The rest of the details of the indictment remain shrouded in mystery. The FBI has revealed nothing more.

I met Theoharis recently for lunch in a restaurant in New York’s West Village. She told me that when Hashmi was arrested, the faculty at her college was asked not to talk to the media. But after Hashmi’s extradition, Theoharis told me, she “felt a huge sense of responsibility”. Teaching students is so much about encouraging them to come into their own, to find a voice, and she thought Hashmi had succeeded in doing just that. He had become an activist and a critic of what he thought were unjust policies. She said, “He was so earnest, so outspoken. My instinct was that there’s no way this is not about politics.”

But it couldn’t have been instinct alone. Athan Theoharis, Jeanne’s father, is the author of a definitive, critical book about the FBI and the ways in which the agency has undermined civil liberties and democratic institutions. Her mother is a social activist. Jeanne Theoharis’s own research is on the civil rights movement in America. She is currently writing a book on Rosa Parks, who, despite the current public image of her as an icon of democracy, had been reviled for decades as a traitor and communist.

Theoharis responded to Hashmi’s extradition by meeting with his lawyer. She also talked with a colleague of hers, Corey Robin, who is the author of a book about the ways in which fear circumscribes our lives and rights. Then, she sent a brief letter (“literally like a condolence card”) to Hashmi’s parents. Hashmi’s father called Theoharis and broke down on the phone. With this appeal for help, Theoharis began to define a role for herself in what she regarded as a fight for justice.

After several delays, Hashmi’s trial in New York has just been postponed indefinitely. According to Hashmi’s lawyer, the case against his client rests on the testimony of a single government informant, Junaid Babar. The informant had stayed for a short while in Hashmi’s apartment in London, at a time when Hashmi was working toward a graduate degree in political science. In addition, Babar had used Hashmi’s cellphone to call his associates; he also claims to have received money from Hashmi. Having already pleaded guilty to having been involved in terror plots, his work as an informant is widely seen as an attempt to get a reduction in his 70-year prison sentence.

A few months after his extradition to the US, the conditions of Hashmi’s incarceration underwent a drastic change. He was placed under what is called ‘special administrative measures’. He was put in solitary confinement; for 23 hours each day, he remained in his cell; when taken out of it for an hour, he was allowed to exercise in a cage. He was also under round-the-clock surveillance. He could not participate in group prayer, or communicate with other prisoners, and was denied any access to the media. Family visits were now limited to one family member every two weeks, although even such visits were imperilled because oftentimes, as Hashmi’s parents soon discovered, the meeting could be cancelled if the government interpreter had not come.

For Professor Theoharis, one of the first, more urgent questions was to come up with a list of books she could send her former student in prison. It was tricky. Which books would not be censored? Theoharis decided to have amazon.com send books to Hashmi, and among the first titles she chose was Edward Jones’ The Known World because she felt a cover that said ‘Pulitzer Prize’ would make the book less scary to the prison authorities. Among the other titles she sent to prison, without even knowing whether the books were making their way to Hashmi, were Toni Morrison’s Beloved, Octavia Butler’s Kindred, and Julie Otsuka’s When the Emperor was Divine.

The book list was a revelation to me. So far, all I had known about Jeanne Theoharis was that she had been behind an online petition
signed by hundreds of academics, including some of the top names at US universities (see www.educatorsforcivilliberties.org). Some of the first people to add their names to the petition, and to offer her support, were African-Americans and others familiar with the systematic denial of civil rights in the 1960s and later. And when during lunch she told me about her book list, I began to see how Theoharis had understood the related nature of oppressions. Toni Morrison’s novel is a lyrical, wonderfully imaginative account of the brutality of slavery. Julie Otsuka’s book is the account of one Japanese family’s internment in an alien enemy camp in the US. I also saw how Theoharis had perhaps never stopped being Hashmi’s teacher. She was offering solace, or strength, to someone who, in the name of American security, was not even allowed to see the evidence against him.

I also saw Theoharis as offering a lesson to her fellow Americans. She was reminding them that President Obama might have expressed
a resolve to close Guantánamo, but it is no consolation at all if Guantánamo has just been moved to within a few blocks of the place where Hashmi was once a student learning about civil rights.