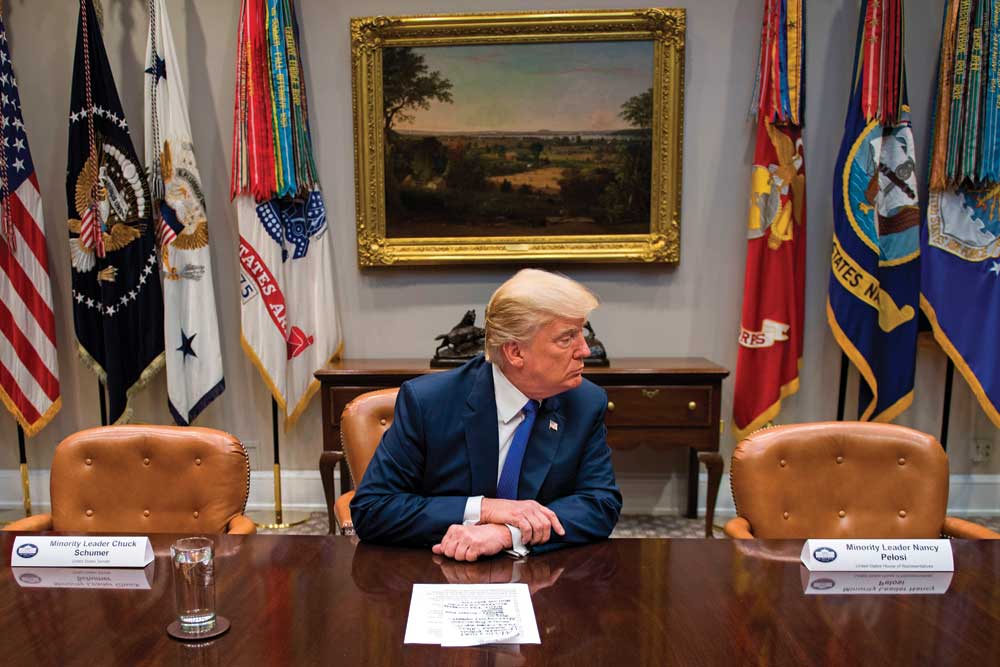 US President Donald Trump arrives in India on February 24th. The visit highlights a new stage in America’s relationship with India. The prior focus on high-minded ideals and principles is abandoned, at least temporarily. Instead, ties have refocused with amazing purity on the unadulterated reasons behind expanded cooperation with India—the promise of an expanding commercial relationship, and a deeper alignment of our respective threat assessments in the Indian Ocean Region (IOR). Trump hopes to continue building on both fronts with the visit.

For decades, the US and India touted a range of ideals that underpinned our relationship. These include our respective commitments to democracy, shared common law systems, commitments to human rights, and the ability to use English as a shared means of business and government communication. However, the US and India both count among their strongest global partners a range of nations that fall afoul of many of these ideals—so this idealism as the core of the partnership rings somewhat hollow.

India is ascending to a new position on the world stage. In the next five years, India will surpass China to become the world’s most populous nation. India is today America’s ninth-largest goods trade partner and could move up to seventh place in the coming decade. India is among the world’s most attractive markets for foreign investment. The Indian economy will likely be the world’s third largest within the coming two decades. And we do see India playing a more active role as a security provider in the IOR, defending Bhutan’s territory against China in 2017, evacuating global citizens from Yemen in 2015, leading relief efforts after Nepal’s 2015 earthquake, supporting democratic elections in Sri Lanka and the Maldives, and more. India has even offered to help evacuate citizens of other nations from Wuhan and Hubei province in China on the flights it has specially chartered for Indian citizens.

In 2019, US-India goods trade increased by 5.3 per cent, the fourth-highest increase among America’s 15 largest trade partners. US exports to India grew in this period by 4 per cent, also the fourth-highest increase among India’s 15 largest trade partners. During the first nine months of the 2019-20 fiscal, the US remains India’s top goods trading partner at $68 billion. Prior to the last fiscal, the US had not been India’s top goods trading partner since 2007-08. So far this year, India has goods trade surpluses with only three of its top 25 partners: the US ($12.7 billion), the United Kingdom ($1.4 billion), and the Netherlands ($3.8 billion). Clearly, the US is India’s most important trade partner, not just for the overall total—but due to India’s healthy trade surplus.

US-India relations continue to improve and have shown surprising resilience in the face of serious speedbumps. Some similarities between President Trump and Prime Minister Narendra Modi serve to create friction. Most notably, the two leaders share a zero-sum approach to goods trade. Being significant parts of ‘global manufacturing supply chains’ does not seem to deeply resonate with either. Despite decades of liberalisation, India’s market remains relatively protectionist—and India has backtracked to start rebuilding trade protections in the six years of the Modi Government.

Increasing trade protections is a sure-fire way to trigger a fight with the Trump Administration, which feels its electoral mandate stems partially from US manufacturing workers left behind in globalisation. The US included India as part of new tariffs on steel and aluminium, revoked India’s trade benefits under the Generalized System of Preferences (GSP) programme and threatened further actions—including placing new limits on technology worker visas. For now, trade tensions have eased as the two sides attempt to craft an agreement to roll back some of the recent protectionist measures. But such a deal will likely be a modest stopgap measure; India has continued to expand trade protections, most notably through dramatic increases in customs duties in over 60 product groups in the 2020 Union Budget.

On the other hand, security ties continue to blossom. The two governments used the ‘2+2 Ministerial Dialogue’ held in Washington DC in December 2019 to announce a range of new areas of cooperation, including making our new tri-service military exercise an annual affair, providing India increased access to Central Command and Africa Command, announcing the Industrial Security Annex (ISA) agreement which allows the US to share sensitive defence technology with India’s private sector, and more. These are quantifiable steps that strengthen our militaries’ ability to work together. Apart from these announcements, the US has a range of defence platforms on the table that India may purchase, including armed drones, multi-use naval helicopters, and carrier-launch fighter airplanes.

There is a range of potential deals that could come from Trump’s visit to India. All eyes are focused on the potential agreement to resolve some areas of trade friction. There are also hopes that India will agree to new purchases of US defence equipment, and potentially new agreements to buy American oil and gas. India has historically been reluctant to use head-of-state engagements to announce commercial deals, though Modi has sometimes broken this precedence—notably by announcing his Government’s intention to purchase 36 Rafale fighter aircraft during an April 2015 visit to France. Another important defence agreement covering geospatial intelligence—the Basic Exchange and Cooperation Agreement (BECA)—seems nearly finalised.

Beyond reducing trade frictions in a few select areas, the American business community is hoping the US administration can press India to renew its commitment to domestic reforms—including areas that welcome foreign direct investment. In the first year of its second term, the Modi Government has been much less aggressive in pursuing economic reforms. And it is considering dangerous anti-reforms in areas like data flows and ecommerce that could seriously undermine investor confidence in India. Such steps are particularly dangerous to India as it tries to find a path out of its current economic funk—the International Monetary Fund (IMF), for example, predicts a modest 5.8 per cent growth rate—and has tended to downgrade expectations over the last year as data becomes available.

US pressure on India’s divisive social issues is not likely to be publicly featured. Many influential voices in the foreign policy community—notably Congress—have been critical of many of the Modi Government’s more divisive policies issued of late. These include communications cuts and the detainment of political leaders in Kashmir following the abrogation of Article 370, and the passage of the Citizenship Amendment Act (CAA) that offers an accelerated path to citizenship for regional refugees of religious persecution—and excludes Muslims from using this provision. While these issues may be raised privately and at the working level, they will not be pursued in a manner that will preclude progress in economic or defence cooperation.

From India’s view, there is a range of reasons to seek a deeper partnership with the US, despite trade tensions and other obstacles. Among India’s notable motives are:

Foreign Investment: The US remains a key base of foreign investment into India, providing jobs and technology.

Export Market: The US is the only major trading partner with which India has a surplus in goods trade.

Access to Defence Technology: The US is becoming an increasingly important supplier of advanced military technology and is looking at innovative approaches to transfer strategic technologies to India.

Minimising US-Pakistan Ties: India understands that building a tighter security relationship with the US will maximise India’s ability to press Washington to reduce military support to Pakistan.

President Trump’s visit to India will be a positive step. At the very least, it shows that the current US administration wants to press for progress in the relationship irrespective of emerging concerns about the direction of the Modi Government’s policies in its second term. While both sides have touted our values and ideals as the basis of the relationship, we have increasing overlap of a more practical nature covering our economic ties and our security relationship. America is waking up to the fact that the Indian Ocean is contested waters, and that India’s economic heft—despite treading water during a slowdown—holds tremendous promise to American firms. 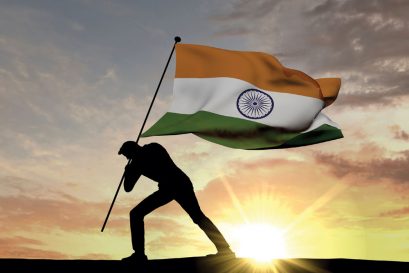 Ideas of the Nation 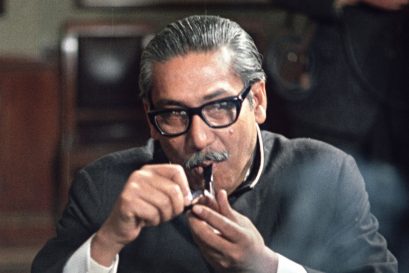 Sheikh Mujibur Rahman believed Bangladesh could be the Switzerland of the East. It is time to reclaim that belief