Immunity hampers, UV lights, work from home devices———gifting may be down but not out this season 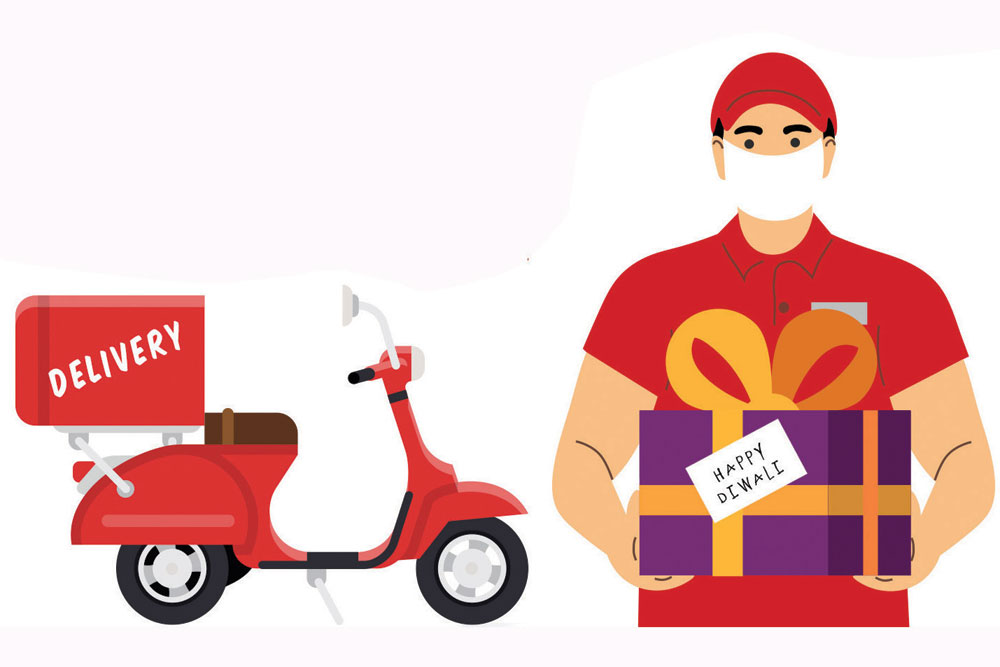 
IT WAS around this time last year, when he looked down at the table where all the gifts he had received for Diwali were gathered that it occurred to Ricky he had moved into that zone so difficult to perceive on the corporate ladder.

There were hampers overflowing with liqueur chocolates, home decor items and many such things. Looking at it, Ricky (name changed on request) realised he had reached somewhere between middle and upper management at the general entertainment channel where he worked. Not senior management—he certainly didn’t feel that, he jokes—but on the evidence of that table, not middle management either.

He wasn’t alone. There were others getting expensive gifts in office too. Every time something valuable was unwrapped in the office, Ricky says, the beneficiaries of those gifts would make great public demonstrations on the phone for the presents to be taken back. Although he doubts the gifts were ever returned.

The table at Ricky’s house feels bare this year. There are the few customary dry fruits, he says, some Indian sweets, gifts of lamps and diyas, and a hamper or two of chocolate that feel surprisingly light. Most clients who usually send gifts to him at his office appear to have used the ruse that he now works from home to not send
him any.

A few days ago, when a gift from a client who usually sends him elaborate presents arrived at his home, Ricky surprised himself when he ripped through the packaging within seconds. Inside lay a collection of bedsheets and pillowcases. “A pillowcase. That is how bad it is this year,” he says.
The Diwali gift, that essential item that unfailingly appears on your table this time every year, is many things. It is a signifier of the progress of one’s

career; it is a way to network and nurture business relationships—sometimes a way to bribe without invoking the censure of the act; a barometer of the country’s economy; and, most simply, just a way to bond and express one’s affection. Even though it arrives every year and from the same suspects—your cheap relative, your generous client, your unimaginative employer and your thoughtful friend—and you have long guessed the contents of the package, when you pull the ribbon, a smile invariably comes upon your face. 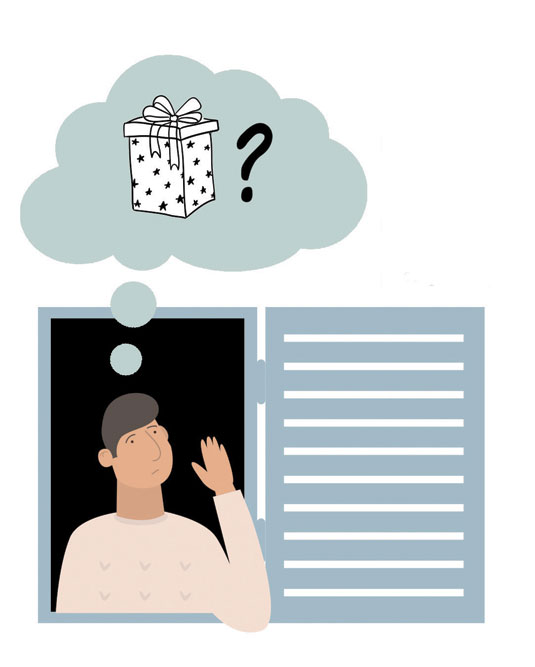 But the pandemic has put a spanner in this essential Diwali ritual. How do you present someone with a gift when you are expected to socially isolate? And what is the correct protocol when you open your door to find your friend who has braved the virus-ridden streets with a present in one hand? Do you offer an unsanitary handshake or, throwing all caution to wind, a dangerous hug? Or do you stand a measured six metres away, and offer that most awkward and juvenile gesture of greeting, the elbow bump?

After attaching its wretched protein spikes through almost all festivals this year, Covid-19 is now exacting its toll on the country’s brightest. Visits are being put off; parties are being cancelled. In Mumbai, two of the largest celebrity Diwali parties held every year, by the families of TV czarina Ekta Kapoor and actor Amitabh Bachchan, which the press feeds off for days, have long been cancelled.

In many cases people are staying indoors and forgoing the exchange of gifts. In several others, with the economy so pauperised, the gifts now feel lighter, less expensive, from inexpensive pieces of home decor to an ordinary pillowcase.

How do you present someone with a gift when you are expected to socially isolate? And what is the correct protocol when you open your door to find your friend who has braved the virus-ridden streets with a present in one hand? Do you offer an unsanitary handshake or a dangerous hug?

Astha Mago Nathani, an investment banker based in Delhi, who recalls overseeing the packing of gifts for several of her clients last year, reports she is making none this year. “How does one even send gifts when people haven’t stepped out for seven months and aren’t welcoming others?” she asks. Nathani, a mother of two young children, talks of how the pandemic is being borne hardest by young children cocooned in their homes. The Nathanis occasionally break the monotony by visiting a club near their house where they can sit on its vast open lawns. This year, most visits have been cancelled, and she claims she will be gifting not more than three close relatives. “I think people will understand,” she says. “It’s (the virus) been here for seven months. A kind of routine has set in.”

In Mumbai’s Arome outlets, whose gift hampers containing their premium dry fruits are a rage among corporates as Diwali gifts, the busy hum of the season has returned. Orders have started pouring in belatedly in the last two weeks. “But somehow it feels very different this year,” says Rianna Gorawal, a member of the Gorawal family that owns the outlets.

Although business during this season last year had been comparatively low, owing to the economic slowdown, this year, Gorawal says, it has come down by a further 40 per cent. Those orders that come are now mostly online. And the Gorawals have had to rework how they do business, from making the entire process of ordering dry fruits online and contactless, to ensuring everything, even the flavours used on their products, is made in-house. “It has been a really tough time for us. We are starting from a zero scenario. All our stores were shut for the longest time, employees were afraid to return to work,” says Gorawal. “Looking at it that way, we are just very happy with the traction we are getting.”

MUCH OF what and how people are gifting this year has also changed. People are using delivery platforms like Dunzo and Wefast to send gifts. An employee at a popular gifting company points out that new popular types of gifts have emerged, from ‘immunity’ hampers, which contain multivitamin supplements and so-called healthy snacks to devices that emit ultraviolet (UV) light and claim to be capable of disinfecting things. In many cases, gift vouchers and coupons have replaced the Diwali envelope with cash inside. In the past you could have scratched out the MRP listed at the back of a gift, but with a gift voucher you can do no such thing.

“It’s very sad because it has now become just a gift for gift’s sake. Not about the thought of buying someone something,” says Suvir Khullar, the director of Gifting Ideas, a gifting company that services many large corporate houses throughout the country. According to Khullar, not only has business come down, everything appears to have radically changed. In the past, leading into Diwali, he and his team would make presentations before corporates about the gifts one could make to clients and employees. But this year, even that has been impossible. He points out that the boundaries of every individual working at home about how much they want to physically interact with others also varies, making it all the more complicated for individuals who want to send out gifts to their employees and clients. While budgets for gifts have shrunk, he says, margins have further come down, when factoring in the cost of using a trusted delivery service. 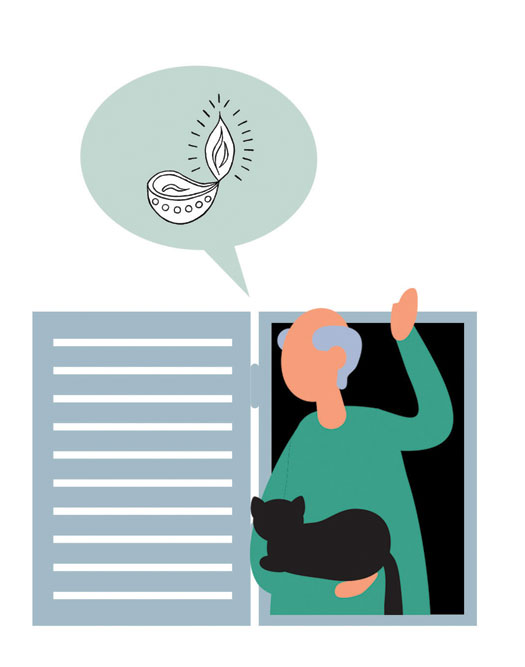 The period of the lockdown when all business crashed was depressing for Khullar. They have bounced back by introducing a range of new gifting items, from work-from-home-related devices to items like UV sanitisers and masks. Khullar’s company has also taken up the responsibility of having the gifts delivered to individuals. “So it’s got better now. But it just does not feel like Diwali is here at all,” he says.

Priyanjali Saxena, a corporate communications professional in Delhi, hasn’t picked out what gifts she will make this year. She has had a torrid few months, from losing her father-in-law to the virus to several other family members also contracting it. But she is gradually coming around to the idea that one must learn to live, even celebrate a festival, under the shadow of such a disease. She has begun planning a small Diwali party for a group of trusted friends. And she will begin buying small gifts, she says, for some of the few relatives she will begin meeting soon. “All these will be small affairs. But at least it will be something, a way to remind us that it is Diwali,” she says.

Such affairs, however small, had not appeared realistic to Samriti Grover when the virus first ravaged Delhi. But as the outbreak stretched and the grip of its anxiety felt less severe, Grover, who works at an ed-tech company, began to entertain the thought of having a somewhat muted type of Diwali.

An old familiar feeling returned when she began attending some card parties a few weeks ago. These were not the lavish affairs of the past, where large groups of friends celebrated late into the night. It was a much smaller matter of a few select friends. There were masks and sanitisers, each one of them playing their hand seated at a distance. And to further minimise the risk of contagion, the parties were taking place, not in closed drawing rooms, but in open-air farm houses. Grover hosted one party and attended another four. She even began to plan meetings with relatives.

All these plans crumbled recently when one of the friends at the card parties later tested positive for Covid-19. Now all future events have been cancelled; even other family engagements are under a cloud.

Instead of dropping in and out of relatives’ places like she did in the past, Grover and her relatives are now trying to organise a single event at one location, where only the closest relatives will gather and exchange gifts.

And what will she gift? Something ordinary like packets of dry fruits or sweets, she says. “The gifts are not about the gifts, right?” she says. “It’s just a way of meeting others.”