The dispute over freedom remains unresolved 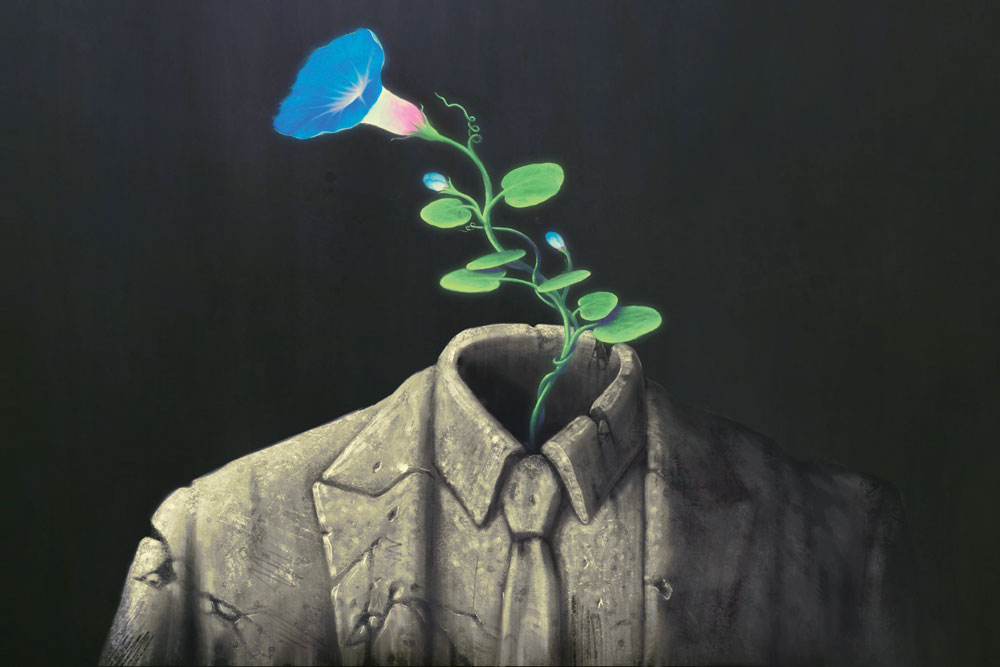 
In whatever we read today, and we read in isolated absorption of the castaways, freedom is the motif that overwhelms the text. It’s as if, in the end, the existential dread gets elemental, more biological than philosophical. It only takes a relentless virus to make us all poets of our mortality, to turn fear into resolutions, to meditate on what were till the Day Before the things we had taken for granted. We were too rattled to realise that when a pandemic stepped out of history, or when reality began to mime the still resonating chronicles of Albert Camus and Daniel Defoe, our inherited certainties would collapse, our vulnerabilities would be accentuated by the limits of our safety measures, be it the possibilities of political leadership or the promises of science. Freedom, in a world made poorer and paranoid by a pathogen, is the most shared sentiment, and we are still struggling to express it, and even protesting against the futility of our struggle.

Didn’t I say the possibilities of politics? The first days of the outbreak saw, across the world, politics making false choices, most responses dictated by ideologies and incomprehension rather than information. Freedom, every politician assumed, required heroism, and in varying degrees of statesmanship, stupidity and outright evasion, they played the liberator. Some of them maintained that our essential freedoms as open societies were too precious to be ceded to a virus in transit. Some remained steadfast in their denials. And a few alone respected science and expertise. What united them, the convenient libertarian and the manipulative populist and the honest realist, was the urge for freedom; and what set them apart was the method. Five months into the pandemic, and still devising desperate measures to cope with change, freedom is a struggle.

The struggle is not just about being alive in a world where the future is a dispute—or a source of acute depression. The original question of identity—Who am I?—reduced social distancing and united the streets in a country chosen by history as the leader of the free world. Freedom gasped for air under the weight of a White policeman, and anger against “systemic racism”, the totemic term for domination today, would spread across cities. For the Blacks, it was the ’60s all over again, though the crowds swelled by nihilistic fury were denied a Martin Luther King Jr. The angry streets would be matched by the angrier public square. Dissent, joined by self-righteousness, demanded sole proprietorship of conscience. The raw grievances of a community were appropriated by ideological orthodoxy, putting the stamp of stigma on anyone who dared to differ. Freedom hurt, divided, and invented the renegade for a unipolar world of argument.


Conscience keeping is a regulated industry. Someone, loftier than the rest of us, is out there, always, watching, proofreading, and looking for the subversion of ironies

Conscience keeping is a regulated industry. Someone, loftier than the rest of us, is out there, always, watching, proofreading, and looking for the subversion of ironies. What Václav Havel described, in his essay on the “power of the powerless”, as “living in truth”, the prerequisite for dissent, is not what we see in the loudest arguments for justice today. We see a mobilisation of consensus, and a rhetorical militancy in the effort for social justice. It is then inevitable that truth is either “fake” or too fragile to withstand the intrusion of another opinion. The most conspicuous mobiliser here is the progressive, the freedom fighter who detests the pusillanimous liberal and the culturally entitled conservative. When viewed from certain historical angles, the new progressivism may look as didactically oppressive as the old ideologies that sought to create the New Man. The dispute over freedom remains unresolved.

As it has always been. Don’t we Indians know? One of the best books that have come out on racism is called Caste, making social hierarchy a more convincing explanation for inequality and injustice. Which only further explains that, as long as identity alone powers the struggle for social justice, our incompatibilities will continue to remain as stark as ever in the slogans of the progressives. It was the politics of social justice that set the mood for India’s enchantment with political Hinduism and displaced gods. It was the project of a caste-based balkanisation that turned India to the right. The one word that marked every point of rupture, whether it was Mandal or Mandir or Modi 2014, was ‘freedom.’ On August 5th in Ayodhya, it was independence day for those Indians who had all along believed that their god was a victim of cultural vandalism. Even in victory, they could not have missed the cruel irony that their god alone needed constitutional legitimacy, that they alone had to be apologetic about the original adjective of their national identity. Their freedom was someone else’s anxiety. That someone could be the progressive in denial, or an Indian with a different god who has consistently been told to behave. Freedom is an uneven text in which what is being read as redemption can be misread as subjugation by the silent minority.

The persistence of a pathogen may have restricted our movements and exhausted our resources, but we are all time travellers today. Regaining something even as we keep losing something else. On the 73rd anniversary of India’s independence, we invite you to a journey through stories and arguments—and we have no idea where it will take you.