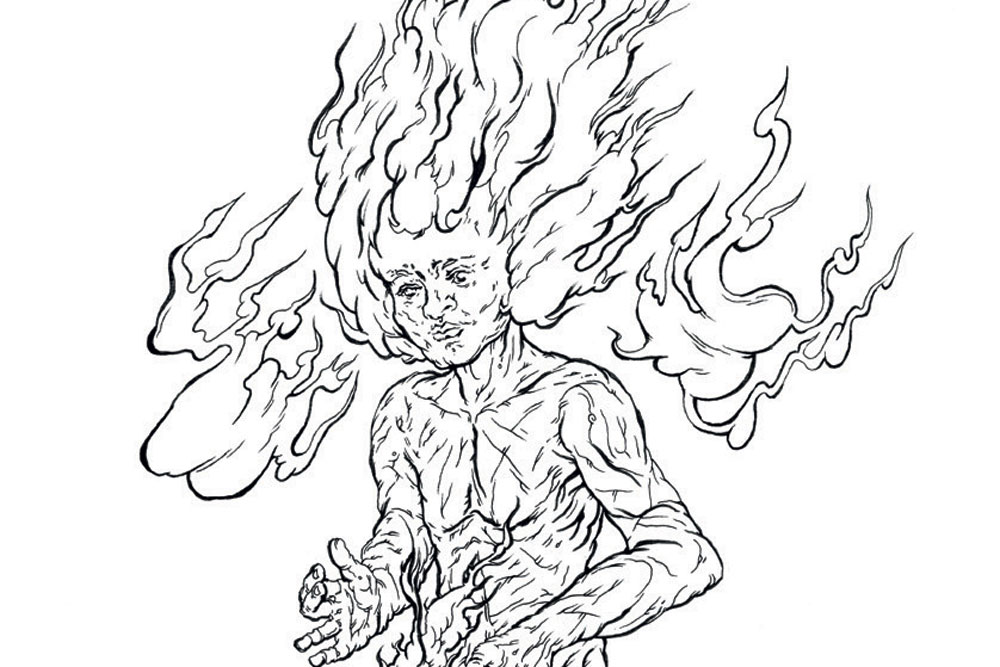 The Great Leader rattles past on a hand cart
he never forgets the guillotine and the museum
were born in the same year his picture’s being cropped
this tumbril is breaking its wheels on the paving stones
he’s going through this movie in a pallid trance
where did all the eucalyptus leaves go he demands
taking all the water in the capital district with them?
To him we turn
*
Let the city burn

The minister’s hat is leaving for Athens without him
not that it loves Delhi less but it loves democracy more
his sandals were reported missing yesterday
a crow from Gorakhpur brought him news
that a yakshi dug up from red river earth
was seen raising her mottled skull-wand to the sky
with a placard by Kalidasa saying Cloud, Go Home!
To her we turn
*
Let the city burn

Djinns on their tractors driving to the rescue
doctors waving cannulae in the virus-poisoned air
hackers dancing ahead of the demonetised Demos
here comes the pirate with his crypto-currencies
there goes the quack with his silver-bullet remedies
such a polyglot crew swirling and stampeding around
National Marble whose drone consoles us as we drown
To whom shall we turn?