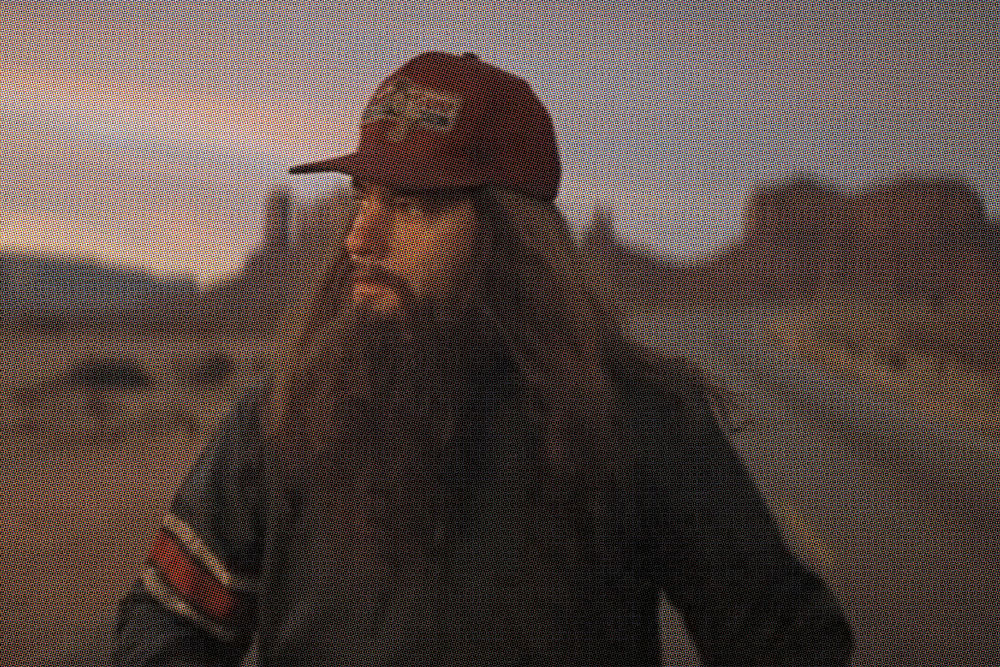 
IN AKHIL SHARMA’S moving Family Life (2014), an Indian family moves to Queens, New York, from New Delhi in the mid-1970s. Emergency has been declared and India is in the grip of socialism-inspired shortages. America is the land where gleaming, sliding doors open on their own, elevators need just a press of the button to rise and fall and Chicken McNuggets is a potential dinner.

It is heaven. And though it is difficult to negotiate, as the Gangulis find in Jhumpa Lahiri’s equally affecting The Namesake (2003), it is the land which lends itself quite effortlessly to appropriation. Take the second generation immigrant, Gangulis’ son Gogol aka Nikhil, who blends in by growing a goatee, smoking Camel Lights at parties and listening to Elvis Costello, Brian Eno and Charlie Parker.

Culture has always been the glue between India and America, even when politically the two countries have been at odds. The seventies were a time of strident anti-Americanism in Indian politics. Indira Gandhi, much disliked by the American establishment under Richard Nixon and Henry Kissinger, who among other things called her a “bitch” and a “witch”, had clearly chosen her side when she signed the 20-year Treaty of Peace, Friendship and Cooperation with the Soviet Union in 1971. Her efforts to make America aware of the crisis in East Pakistan, as it was then, had little impact—but that didn’t stop Ravi Shankar and his friend George Harrison from organising the Concert for Bangladesh where all the leading lights of the musical firmament, from Eric Clapton to Bob Dylan, performed.

A little later, the anti-Americanism became even more strident. Industry minister George Fernandes threw Coca-Cola and IBM out of India in 1977, ostensibly for violating the 1973 Foreign Exchange Regulation Act, but actually because the former would not part with its secret formula and the latter would not stop dumping outmoded computers in India.

But that didn’t stop the two countries from exploring each other spiritually and intellectually. As Americans discovered New Age Hinduism and Ravi Shankar attained international audiences with his collaborations, there was increasing awareness of jazz and Hollywood.

But it was only in the ‘90s, with the opening up of the Indian economy and airwaves, that the tentative handshake became a warm embrace. The change started when a young Rajiv Gandhi went to Washington DC and spoke to Americans in their syntax. “I am young, I too have a dream. I dream of an India strong, self-reliant and in the front rank of the nations of the world in the service of mankind,” he told a joint sitting of the US Congress, echoing Martin Luther King Jr, who in turn was influenced by Mahatma Gandhi. Americans were charmed, so much so that Ronald Reagan was almost effusive after a private meeting, telling the world: “We hit it off.”


If there is one thing Americans like more than commerce, it is when their cultural superiority is acknowledged. And nowhere was this shift more in evidence than in Mumbai movies, where the fascination with the sights and sounds of Europe, from Sangam (1964) to An Evening in Paris (1967), was replaced by posters of American icons on bedroom walls. Watch a very young Salman Khan, clad merely in blue jeans and white singlet, dancing furiously to music blaring from a stereo, watched benignly by Madonna, Michael Jackson and Sylvester Stallone in his first film, Biwi Ho To Aisi in 1988. Or simply read Shobhaa De’s first bestseller, the racy Socialite Evenings, written in 1989. When the ingénue heroine wants to discover herself and break away from her yokel past, she chooses a flight to New York to discover a world of salads and singles bars.

By 1995, when the airwaves were truly liberated from Government control with the Hero Cup judgment, imitating the dominant culture became quite common. The Berlin Wall had fallen, the Soviet Union had collapsed and America was clearly leader of the Free World. Sociologist MN Srinivas coined a word for the process by which ‘lower’ castes imitated ‘upper’ caste practices like vegetarianism. He called it Sanskritisation. Americanisation is its latest avatar, where we wear blue jeans and T-shirts, eat pizza and burgers (though not beef) and call each other by first names.

It began with the emergence of satellite television sparked off by the Gulf War of 1991 which soon led to Indians being introduced to the pleasures of The Bold and the Beautiful and Santa Barbara, which initially got our self-styled custodians of morality all hot and bothered. But the apex of Americanisation was Kuch Kuch Hota Hai (1998), where debutant director Karan Johar conceived of a college campus recreated entirely from Archie comics and Beverly Hills 90210. From the obvious dominance of brands such as Polo and DKNY emblazoned across the chests of its young and attractive cast to the energetic, gym-inspired dances choreographed by Farah Khan who was inspired by Michael Jackson’s ‘Thriller’ to become a dancer, to even the sport that the hero and heroine played, basketball—all the references were American.

AUTHOR AND NATIONAL PUBLIC Radio commentator Michael Goldfarb sees the influence everywhere, from dances that seem to him to be like Pepsi commercials to fashion to business culture, with the best and brightest young Indians completing their education and hoping to get jobs with consulting firms like McKinsey and Deloitte or IT behemoths like Google and Microsoft. America has become the new global reference point, despite India being a former English colony.

We fell in love with the English language, notes modern India historian Rochona Majumdar, who teaches at the University of Chicago. That came to us through the British, she says. But English today bears the marks of Indian or African pasts and belonging. In a post-imperial world, dominance was determined by capitalist power. British, French, Dutch dominance of their respective colonies, both culturally and politically, ended with their colonial empires. The new empires are both global and exclusivist. As yet, America sets the model that others, for all their anti-Americanism, still follow.

Dominant cultures are dominant, says Sanjoy Chakravorty, professor at Temple University, Philadelphia, because they can absorb a lot and make it their own. Take the very visible embrace of Hispanic culture or Korean culture by America. Even the non-American cultural influences that come our way are mediated by America. Case in point, the rise of Korean pop music and Hispanic soaps. In the global field of play, the world comes mediated through America. American culture has a powerful hold on Indian imagination and it comes through in the popularity of Hollywood, social media, pop icons, as well as the image of the good life (that may well be threatened in America).

Then there are the remakes and spinoffs and genre-bending that are only now restrained by existing intellectual property laws—it is also a way of advertising America, among other things. Witness one of India’s biggest entertainers, Aamir Khan, currently involved in an extensive remake of one of America’s most beloved films, Forrest Gump (1994), called Laal Singh Chaddha. Certainly there are no criticisms of the US or chants of ‘Death to America’ in Gully Boy (2019), Kaala (2018) or Kabali (2016), where African American styles are borrowed to indicate protest. American influence in India has been indirect and invisible as well, notes New York University Professor Arvind Rajagopal—support for communication infrastructure, policy recommendations for shifting to a commercial revenue model to fund state broadcasting, ‘expert advice’ to succeed along American lines in general. This has not been manifest to the general audience.

Is there a reverse flow, East to West, as Fatima Bhutto has suggested in her most recent book, New Kings of the World: Dispatches from Bollywood, Dizi, And K-Pop? She writes of the rise of the Global South which is challenging the hegemony of American pop culture backed by the military-industrial complex. She points out that in 1953, there were 326,863 American troops in South Korea alone, and as of 2017 it still hosts more American military personnel than Iraq and Afghanistan combined. Is it a surprise that South Korea is such a big consumer of Americana. Culture flows as much as trade does. The Eastern culture with the strongest American presence currently is Japanese, from cars to cartoons. It is no accident that there is reciprocity—Japan is Hollywood’s biggest market outside America. India has exported yoga at mass scale, tandoori chicken at a smaller scale and some club level dance and music, but nothing else.

EVENTUALLY ARE WE ALL GOING to be, as Rajagopal says, like Caliban in Shakespeare’s Tempest, who has learnt from his (Western) master Prospero and has learnt to curse his master too? Is the absorption of American culture only in form, not in content? After all rap music can question the establishment all it likes but whenever the slightest criticism of US nationalism is expressed it is unacceptable—witness Colin Kaepernick’s refusal to kneel for the American national anthem and consequently being kicked off his team despite being a superlative American-football player and a major star. This revolution is never intended to actually overthrow anything, just give the illusion of doing so.

But at least on the surface, is there a foreign field that is forever American? When Mark Twain came to India in the 1896 as part of his world tour, he said Hindus did not care for Christian gods because they have more extraordinary ones of their own. India’s own culture is so plural and diverse that American pop culture can be but one aspect of it. Sure, Hollywood movie revenues are rising, subscriptions to streaming services such as Netflix and Amazon are making global consumers of Indian citizens and American music has many devotees, but in a country where entertainment from south India has only now started to cross over, first Indians have to learn to become fully Indian before they become they become American.

And this is so even if they live in gated communities which are called Beverly Hills and Manhattan Heights; if their children study in Ivy League universities and go on to work in American behemoths. Such people may well be resident non-Indians (RNIs) or shadow
Americans. Sociologist Sanjay Srivastava has written at length about the rise of the new nationalist consumer citizen who is a product of corporate ambition and state patronage. Often working in multinational corporations, usually American-owned and increasingly managed by Indian Americans, these RNIs live American-inspired lifestyles where being seen at the wrong mall can be social suicide and where schools are preserves of elitist privilege. This being India, urbanisation ensures that no man or woman is an island and there is an intimate entanglement of gated communities, slums and urban villages.

The rising cultural exchange between Trump’s America and Modi’s India is more organic. Indian Americans have emerged as the richest ethnic minority in the US and as Suketu Mehta’s searing This Land Is Our Land: An Immigrant’s Manifesto has shown, they have made America stronger and better. It has also made them more aggressively American, emerging as one of the biggest potential community of fundraisers for anyone running for office, to be wooed by even the most powerful man in America, as was evident in the Howdy Modi event in Houston, Texas last year. The rise of Indian Americans at the very top of several fields, especially culture, has created an impetus to tell more heterogenous stories.