Editor’s Note: The Truth of the Matter

Reading 'My Experiments with Truth' in the age of populism 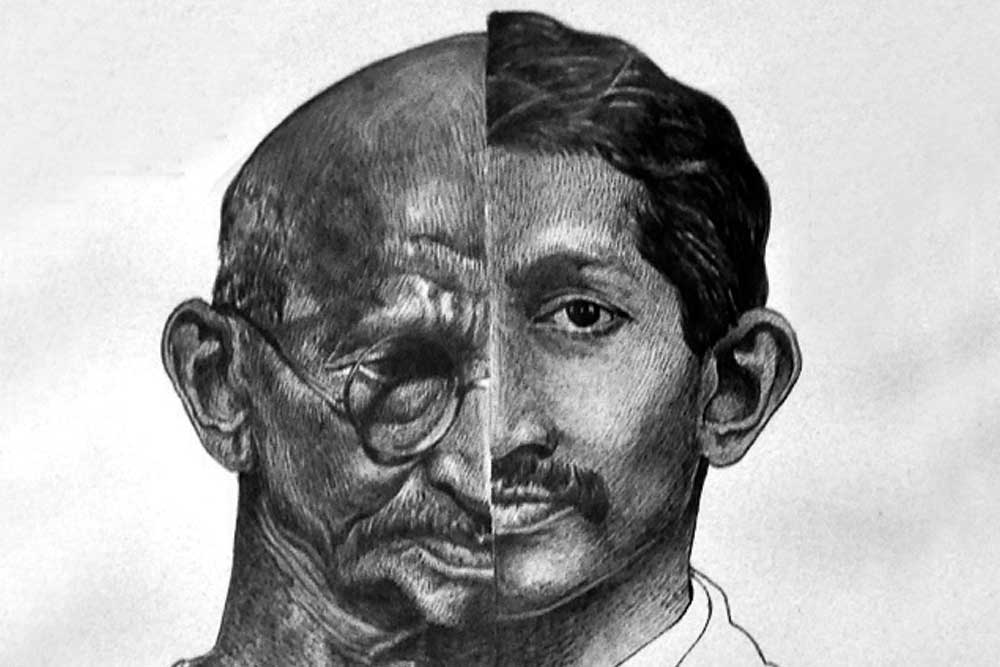 IT’S ONE OF MY FAVOURITE BOOK TITLES, AND IT SETS THE writer, a premature memoirist, apart as a rare moralist in an age unburdened by neologisms such as fake news and post-truth. Premature because the first volume of The Story of My Experiments with Truth, in Gujarati, was published in 1927, when the author, MK Gandhi, was 58; that is, 21 years before his death. When you read, or reread, the book today, the day of a debasing dispute between fact and truth, you realise the originality of the memoirist as prophet, philosopher and politician. He writes in the beginning: ‘But for me, truth is the sovereign principle, which includes numerous other principles. This truth is not only truthfulness in word, but truthfulness in thought also, and not only the relative truth of our conception, but the Absolute Truth, the Eternal Principle, that is God. There are innumerable definitions of God, because His manifestations are innumerable. They overwhelm me with wonder and awe and for a moment stun me. But I worship God as Truth only. I have not yet found Him, but I am seeking after Him. I am prepared to sacrifice the things dearest to me in pursuit of this quest. Even if the sacrifice demanded be my very life, I hope I may be prepared to give it. But as long as I have not realised this Absolute Truth, so long must I hold by the relative truth as I have conceived it. That relative truth must, meanwhile, be my beacon, my shield and buckler. Though this path is straight and narrow and sharp as the razor’s edge, for me it has been the quickest and easiest.’ It’s this quest, the soul-searing struggle of a man—forget the Mahatma—who can’t—and won’t— differentiate the spiritual from the physical, that makes his life and politics an experiment that we still try to comprehend.

When My Experiments came out, Mao was still 20 years away from founding the People’s Republic of China, the first volume of Hitler’s Mein Kampf (My Struggle) was just two years old, and Stalin was busy building the Soviet empire (and the Gulag). And here in the exotic East, whose stories were still told by Englishmen who were dazzled or despaired by it, was a man who had turned his fight for freedom into an individual epic of truth, a private testament for a public cause. Elsewhere then, the struggle was brought to the popular conscience by the bombast of the revolutionary, or by the myth-making art of the Nazi demagogue, or by the terror of the commissar. What united them were the temptations of the lie. The lie was intoxication, and it made ideologies accessible to the masses. The lie allowed the make- believe to look real. The lie was a necessary condition for freedom. It was on the lie that revolutionaries and nationalists built the future. And it was in such a world that Gandhi wrote a counter-text of freedom. The wise man from the East was a new kind of fighter for whom truth was the only weapon, which he mostly deployed against himself, for freedom was a personal struggle, a spiritual self-flagellation: ‘What I want to achieve… is self realisation, to see God face to face, to attain moksha. I live and move and have my being in pursuit of the goal. All that I do by way of speaking and writing, and all my ventures in the political field, are directed to the same end.’ A movement in history is a stirring in the soul.

TODAY MY EXPERIMENTS READS LIKE a samizdat publication. Politics is not about the pursuit of truth, for truth is not necessarily what we think or see as factual. Truth is an interpretation, an abstraction made convincing by the algorithm. Or by the persuasive power of the new redeemer politician who is also a repetitive liar. We have been consistently told that we live in the post-truth age, and I find there is no reason to be surprised by the funereal mood. We have been here before, and we have survived post-history, post-ideology, and even post-politics. So post-truth, too, will be naturalised. Rather, we should be surprised not by those requiems for truth or the liberal alarm over fake news, but by the profusion of truth as an amorphous entity. Take the operative words of populism, whether it comes from the extreme Right or Left, and they are made to fit perfectly into the demagogy of fear by the engineers of truth. So immigration shatters the idyll of the nativist, saps its resources, and contaminates culture. This lamentation is a rejoinder to compassionate liberalism. Take globalisation, to cite another example. In the scary book of the new liberators, the free movement of ideas, people and goods does not result in a world of equality but a disunited world of prosperity and poverty. It’s all about how adept you are in marinating facts in fear. It’s about delegating your version of truth to the service of fear. And it’s about drawing from convenient falsities to create a beguiling alternative. It’s a huge exaggeration of a disputed reality. It’s a different kind of experiment with truth.

Gandhi’s experiments tell us that truth is a meaningless pursuit without individual integrity, which comes from the moral purity of the man who gives by giving up, seeks by struggling, and listens to the unsaid while speaking. Gandhi’s life—or struggle—was a moral act, and a public spectacle. Everything he did as leader and guru defy the normal; or his actions added a moral dimension to the normal. For Gandhi, a public figure with a high drama quotient, everything, in the end, comes down to being himself. It was always the strong-willed individual, the true leader, who powered history, not the other way round. The more Gandhi looked within, the more he sought the only God that was truth, the more focused, linear and painful became his resistance against colonial power. No struggle was worth the effort without individual authenticity. At the heart of My Experiments lies a moral assertion: it’s the restoration of individual integrity that redeems politics.

It’s the crassness of the individual quest that dominates politics today. Vulgarians are at play. They set the conversation on freedom. It’s in such a world that I see on the pages of My Experiments:

— a man for whom public service is a moral struggle and a spiritual journey;

— the ashramite as the original communitarian, for the individual with a heightened social conscience alone can set the foundation for a self-reliant community;

— a believer for whom religion only accelerates his spiritual search for truth, a Hindu for whom faith is a path to reconciliation;

— a traveller who at every way station realises that a perfect destination is an impossibility, that the struggle alone remains a constant;

— a political activist for whom the name of the struggle is truth.

He writes in the concluding passage: ‘And if every page of these chapters does not proclaim to the reader that the only means for the realisation of Truth is Ahimsa, I shall deem all my labour in writing these chapters to have been in vain.’ Greatness is invariably accompanied by the tragic and the futile. Maybe we owe him an apology. 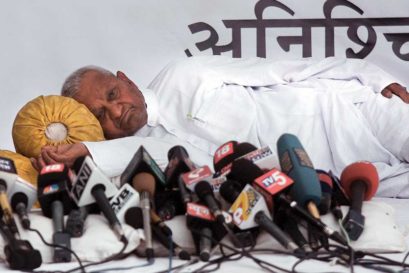 The Power of Hunger

The weaponisation of fasting 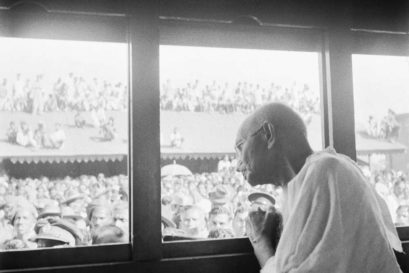 Reliving a rail journey through the freedom struggle 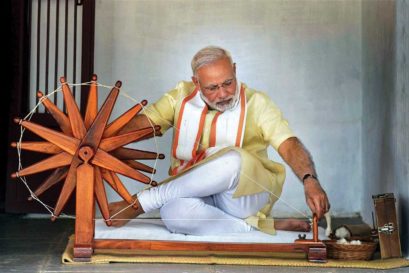 The Reinvention of Khadi

The weave of time