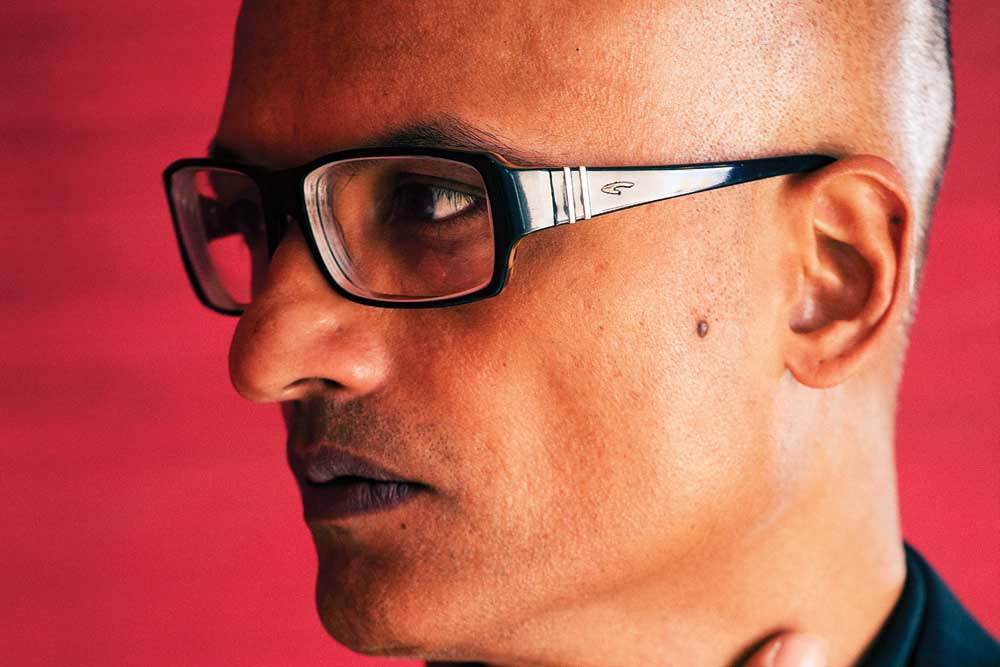 In Indian literary circles, it’s the candid who dare admit, ‘The Golden Age of Indian English fiction has already passed.’ Today the most exciting work coming out of the country’s publishing houses is either nonfiction or a translation. But the one name that critics and readers, publishers and fans doff their hat to is Jeet Thayil.

Poetry comes in a burst. It is such fun. Follow where it goes. You do very little work. Being a novelist feels like 9-to-5 wage earners, sitting at their desks, wondering when they can take their lunch break, wondering when if they can have another coffee

An acclaimed if not renowned poet for years, his first novel Narcopolis flung him into a different stratum with its Man Booker nomination (2012). His recent novel The Book of Chocolate Saints has proved that Narcopolis was no fluke. Unlike too many of his peers who stick to the simple and the unambitious, Thayil chooses the grand and the epic. He doesn’t deliver a story in your hand, he gives you an era. The Book of Chocolate Saints is extraordinary not as a novel but as a cultural history of poets and artists of the 70s’ and 80s’ Bombay. It is one of the most intriguing novels written in India in recent years.