His new film, released on the eve of his 80th birthday, is about the art of living well and dying gracefully 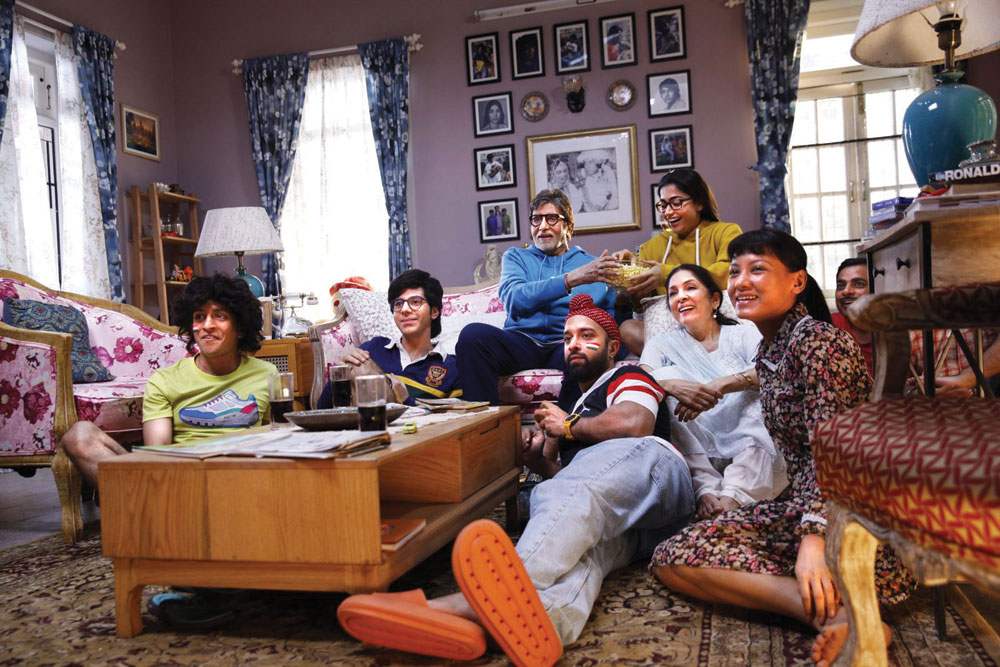 A scene from Goodbye

The best way to celebrate life is to acknowledge a good death, or in the words of Goodbye, Amitabh Bachchan’s latest, the moment when you take a right turn and keep going until you disappear from view. Bachchan is a master of dying in movies, and by all accounts, has done so in at least 27 films (yes, there are fan pages that keep such scores) out of 248 acting credits, according to IMDb. In Goodbye, it is his wife who dies, leaving him bereft. Played with an inner radiance by Neena Gupta, she was the jolly matriarch, 15 years younger, the glue that kept the four children bound to their parents and to each other. Bachchan’s Harish feels abandoned by her, and in a reprise of his argument with god at the end of Deewaar, he scolds her for abandoning her in a scene by the Ganga. As he learns to manage his fractious brood, there are discussions on faith versus science, work versus family, and elaborate rituals versus modern solutions—all with the light hand expected from Vikas Bahl who directed Queen (2013). There is a swinging savant, played with great charm by Sunil Grover, who helps the family negotiate the formalities, or the business of death, as the elder son says mockingly. But in the end as the familiar nosey neighbours and self-appointed ceremonial experts depart, the family (and an ageing Labrador named Stupid who gives a sterling performance) is left alone to cope with the sorrow. For those who think Bachchan was always the Kaun Banega Crorepati uncle, there is a delightful animation sequence where he is the beautiful lanky young man of Anand (1971) again, romancing an equally youthful Gupta. But it is the ageing father whom we remember at the end, smiling with his eyes as he learns to let go of the bitterness, the anger and the self-absorption. Love, loss, longing. These are in­escapable truths and in telling the story of an ordinary, middle-class Chandigarh family, Bachchan honours every Indian family. If it is the source of constant fric­tion, it is also the place we go to rest our weary bones, to unload our worries, and to share our grief. The pain doesn’t stop. It keeps us mindful of the present.