Perfecting the science of achievement 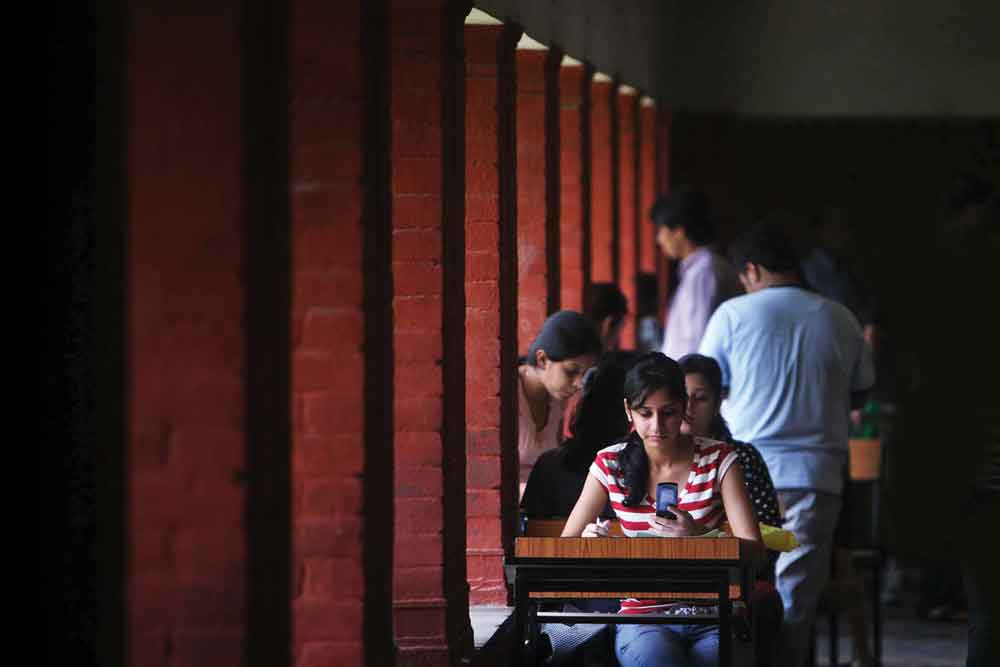 
AT THE THRESHOLD of the 125th year of its existence, Hindu College has an illus­trious legacy. It was founded in 1899 as a nationalist institution by Krishan Dassji Gurwale at a small haveli in the historic Kinari Bazar, Chandni Chowk, with prominent Delhi residents as trustees, and with just 13 students on its roll.
Hindu College was established with a vision of inclusivity and integration. Its democratic val­ues were enshrined in its found­ing principles. No wonder, only a few years since its foundation, it became an important centre of In­dia’s nationalist movement.

Today, the college holds an ex­emplary position amongst educa­tional institutions in India. It has consistently secured top rankings across surveys and is ranked highly by government assessment and ranking agencies. In 1953, Hindu College shifted to its present cam­pus, spread over 25 acres of land and equipped with classrooms, laboratories, a library, playing fields, a sport pavilion, a seminar hall, an auditorium, a canteen, and halls of residence. Hindu College, which started with 13 students and six teachers in 1899, has now grown into one of the most coveted higher education institutions in the country with a burgeoning student strength, offering under­graduate courses in 19 disciplines, and postgraduate programmes in 14 disciplines in humanities, sci­ence and commerce. Apart from these, the college also offers sev­eral value-added courses, which enhance the learning experience beyond the curriculum. The col­lege has a body of distinguished faculty. Many of them are not only accomplished academicians and scholars but also dedicated researchers who are involved in several major projects sponsored by government agencies, such as DRDO, Asian Development Bank, ICSSR, etc.

As an institution, Hindu Col­lege celebrates diversity and plu­rality. It recognises that a higher education institution must evolve in such a way that students from all over the world aspire to join it. The college also admits international students to its numerous academic programmes. The college offers several scholarships to meritorious students from the underprivileged sections to help them in their pur­suit of quality higher education. It also provides hostel facilities for both its male and female students. The college even holds remedial classes for those students who need more than the regular lec­tures and tutorials to accomplish their learning goals. There is also a student-faculty mentoring system wherein a small group of students are allocated to a faculty mentor who advises and counsels them about their curricular progress and career options.

Hindu College believes that along with pursuing academic excellence, its students must ex­plore and hone their extracurricu­lar and creative skills by joining its vibrant and dynamic societies. The rich campus experience that the college offers is something that sets it apart. At present, the college is home to more than 40 societies wherein students learn and excel in the performing arts, exten­sion and outreach programmes, progression avenues, personality development, and environmen­tal conservation activities. These societies have not only helped in the holistic development of the stu­dents but have also been a source of pride for the college. Some of its most notable societies are Ibtida—the dra­matics society, which was founded by filmmaker and Hindu College alumnus Imtiaz Ali; Disha—the placement cell; Srijya—the choreog­raphy society; Caucus—the discus­sion forum; Symposium—the policy and deliberation forum; the English Debating Society, the Women’s De­velopment Cell; Alankar—the music society; Nakshatra—the fashion soci­ety; Panchtatva—the environmental society, and Vagmi—the Hindi Debat­ing Society, to name a few. The college also has an active civil services society called Buniyaad, which aims to cre­ate an ecosystem of passionate UPSC aspirants. It focuses on motivating students through interactive ses­sions, lectures, seminars, and talks by various professors, scholars, and bureaucrats.

Today, Hindu College adheres to a vision that combines the inher­ited legacy and an understanding of the challenges of the contemporary world. The college has added a new centre for interdisciplinary research, an academic block covering about 58,000 sq ft, which includes science labs, lecture theatres, and seminar rooms; a well-furnished girls’ hostel; and a new amphitheatre named Ut­sav, built in the Romanesque style, to its list of world-class facilities. It has developed and upgraded its infrastructure in the last few years through a self-financing mode facili­tated by contributions from philan­thropists and alumni. The college has also renovated the auditorium and added an extension to the library where students and faculty members can access world-class research in­frastructure and books and journals from all over the world.