Between London and Beijing

World is better off with vulnerable leaders 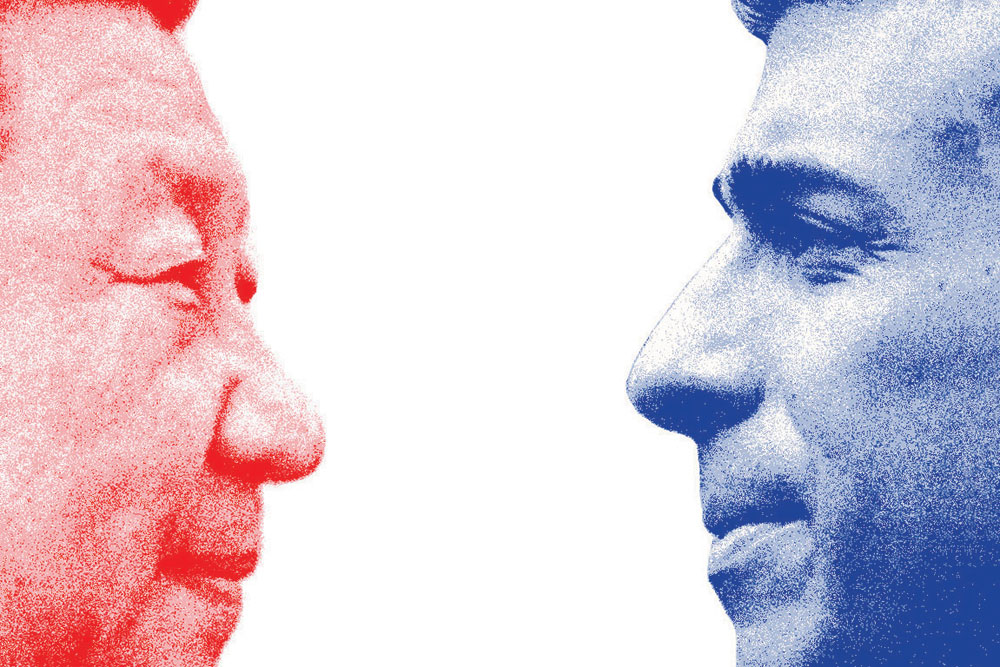 
THE LAST FEW DAYS have been rich with lessons on how a leader was made in a democracy and how another was mythicised in a dictatorship. Both provided high drama. In one, the revered and recently riotous home of parliamentary democracy, the leader was chosen amidst economic ruins and political tribalism. Elsewhere, in the closed imperium of ideological terror and armed nationalism, the cult of the maximum leader was launched in a hall of expressionless faces in a show of choreographed consensus. The democratic process was chaotic, the elected members of one of the world’s oldest political parties blatantly repudiating the popular sentiment that brought them to power three years ago, and revelling in serial prime ministerial killings that culminated in a coronation. In the world’s richest totalitarian state, the project of the celestial emperor was complete, its quest for global domination through technology-enhanced fear and extra-territorial aggression only matched by its paranoia at home.

These two instances of ‘how leaders are unmade and remade and recast in eternity’, played out in London and Beijing, may tell us a few things about the mismatch between governing systems and national progress, and take us back to the debates on the excess of freedom and the rewards of regulated expectations. They show how people have few options in influencing the course of the state, even if it’s not a sham democracy. What they convey, ultimately, is the nature of leadership itself in a world where freedom remains either a dispute or a right.

The symbolism of the Rishi Sunak story is overwhelming, certainly for those who share his colour and cultural ancestry. Still, a British Indian in 10 Downing Street has a meaning beyond its post-racial resonance. It’s more than desi pride. Without minimising the importance of an exotic surname—like Obama to a certain extent—in the history of power in a Western democracy, one can argue that the Sunak story reveals the evolutionary paroxysms of conservatism in Britain.

Missing an English pastoral of vintage Conservative hues, some among the disillusioned right are harking back to the intellect of Burke and the wisdom of Disraeli and the grandeur of Churchill. The foundational flair cannot be restored, but the pathology of the present, personified by bloodthirsty parliamentarians waiting for the next prey, makes the past a desirable retreat. British conservatism is under attack from democracy’s worst impulses.

Maybe it all began six years ago, when Britain broke out of the European Union, provoking London’s cosmopolitan Remainers to call the vote for exit Little England’s imperial fantasy. Brexit was more an affirmation of faith in Englishness than an expression of anti-Europeanism, culturally certainly. EU’s supranationalism was, for all practical purposes, sustained by an omniscient bureaucracy. Britain wanted, as the slogan went, to take back control. It lost control after Brexit. Britain couldn’t manage its post-Brexit freedom. It was a huge Conservative failure. The economic collapse that made Liz Truss a misplaced revolutionary and Rishi Sunak a prudent truth-teller owes a great deal to the Conservatives’ failure to be Conservative. The biggest asset of Sunak is the normalcy he exudes after a period of adventurism and flamboyance. Born in the post-racial cultural diversity of twenty-first century conservatism, Prime Minister Sunak, before he seeks the popular mandate in 2024, has the chance to make conservatism normal again.

Democracy alone makes ideologies unrestrained arguments. Sunak has won the one that matters most in Britain today: the economic argument. And it is the economy that allows Xi Jinping, who has anointed himself as the eternal leader of the Middle Kingdom, to keep democracy—or the counter-revolutionary Fifth Modernisation—out of reach for the Chinese. Happiness of the marketplace maintains the balance between the horrors of the Marxist-Leninist party apparatus and social stability. In the new Cultural Revolution of Xi, the enemy is at home and abroad, and the oriental gulag is fortified by old-fashioned party purges and the more lethal algorithms. Ideologies are perishable, especially the ones that aspire to be alternatives to older forms of beliefs and promise a heaven on earth. Communism in China is protected by not the invisible weapons of fear alone. Nationalism is the most powerful insulation.

Which makes the supreme idyll enforcer of China Destiny’s Dictator. He is not alone. His variations are in power wherever grievance-driven nationalism seeks to offer a superior alternative to Western democracy. Still, even someone like Putin allows elections, which always produce results he wants. His most powerful international ally sees the very idea of popular choice an attack on the cultural system of China itself. Increasingly, illiberal democracies are ruled by Destiny’s Dictators—the inevitable, irreplaceable leaders. The world is better off with the vulnerable leaders. They make democracy work. As the success of Sunak does—as long as it lasts.