Defenders of the Faith 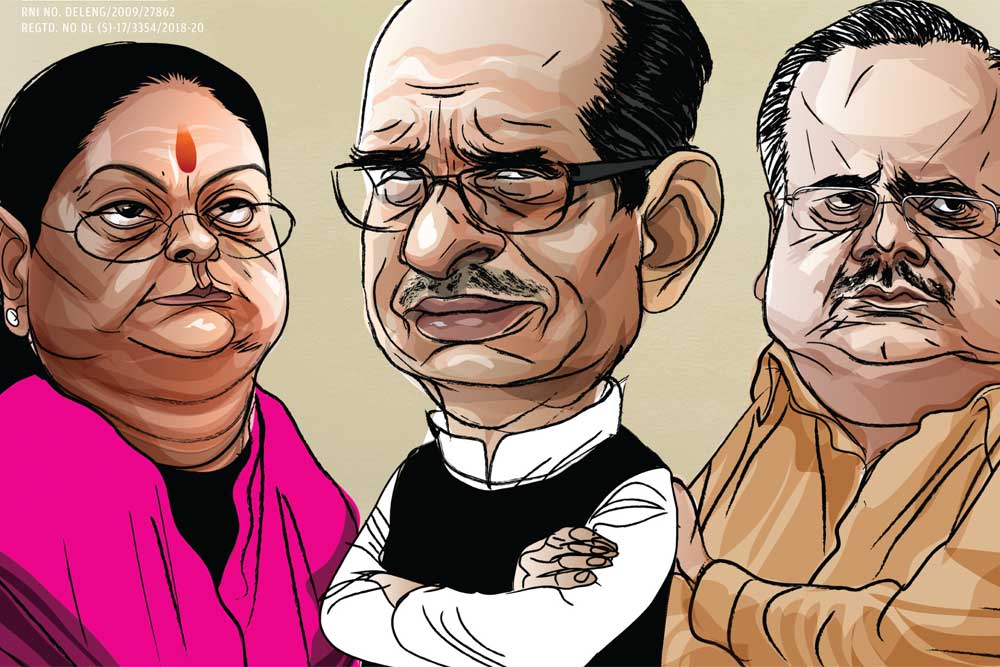 Then it was the story of a fairy queen and a fiery sanyasin. Fifteen years ago, when Atal Bihari Vajpayee was in his penultimate year in office, in the neighbouring states of Rajasthan and Madhya Pradesh, two Congress strongholds, Vasundhara Raje and Uma Bharti featured in one of BJP’s most sensational liberation dramas. They brought to the arena the freshness of gender and generation, and as candidates set against two warhorses of the Congress, Ashok Gehlot in Rajasthan and Digvijaya Singh in Madhya Pradesh, they played the slash-and-surge script of debutants to perfection. On the stump, their arguments carried the conviction of culture shifters in politics. Raje called her campaign ‘Parivartan Yatra’; Bharti called hers ‘Sankalp Yatra’. Reporting them for an India Today cover story—‘The Rani and the Sanyasin’—was such fun. “I do not have to acquire a common touch. I’m my mother’s daughter,” Raje told me aboard her Eicher rath as we passed through Barmer, the western-most district of India, while dispelling the slur of feudal elitism. “As good rulers, we always reached out to the people. I grew up with them.” It was Raje’s mother, the late Rajmata Vijayaraje Scindia, who had first spotted Bharti’s talent as a child sermoniser. The Rajmata would become her guardian and mentor. “I had a car and a secretary at the age of seven. I had everything that Vasundhara had,” Bharti told me on a rainy day from her motor chariot, gifted by the then Gujarat Chief Minister Narendra Modi. The rain sang it for her. “Oh, such vulgarity,” she said, still hurt by her challenger’s insinuation. “Can you imagine? He has been telling the people that there is no rain because both the President and the Prime Minister of India are bachelors and now a spinster is aspiring to rule this state and what will be the fate. Now here I come and water is everywhere.”

Together, Raje and Bharti wrote a political thriller in which rusty men lost the argument—and their fiefs. Power took away the mystique of the people’s princess. She lost the battle five years later. Maybe she too is one of those politicians for whom the struggle for power is more rewarding than the struggle to retain power. The comeback was sweeter five years ago, and it was a time when Modi was looming large as the next big event in national politics. Today, Raje is in the arena as somone who cannot afford her last five years to be remembered as another stretch of unlearning. As every election is preceded by a perception war, mostly waged in the echo chambers of Delhi, Raje is being portrayed as a weak defender. On the ground, as reported elsewhere in these pages, the finale is far from being foretold. Her reformist government is getting little media attention. Still, for Raje, the fight is less a romance of the raging Rani , as in 2003, and more a struggle for retaining the shaky throne.

In Madhya Pradesh, the volatile sanyasin’s short-lived reign may be a distant memory, but it was on Bharti’s legacy that Shivraj Singh Chouhan built his reputation as one of BJP’s most enduring regional leaders. He is fighting for a fourth term, and his credentials as a cow-belt hero of Hindutva and no-nonsense administrator are intact. The Congress canonly hope for returns on Chouhan fatigue, if any. Next door in Chhattisgarh, the Raman Singh story is more or less the same: another saffron rock in which the opposition is desperate to find a crack. And that is the Congress story everywhere in these elections: when you don’t have a winning idea, wait and hope for the atrophy of the incumbent.

Then there is the one big issue—and it has been there in every election since the summer of 2014. He is still the Candidate and Campaigner, hovering over all candidates and campaigns, seeking vindication—and forgiveness for the sins of others. Being in power, for some politicians, is to be on a permanent campaign. Modi is one of them. He is not afraid of turning every election his own, a referendum on an idea that is yet to be fully realised. No election can remain local when Modi is still the only argument that concentrates the mind of India. The verdict this winter will make the argument all the more thrilling next summer. 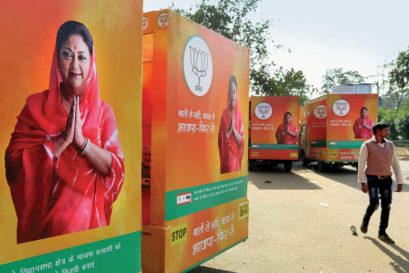 With the Sangh Parivar now going all out to help Vasundhara Raje win, is BJP back in the fray of a state where Congress saw its brightest hope? 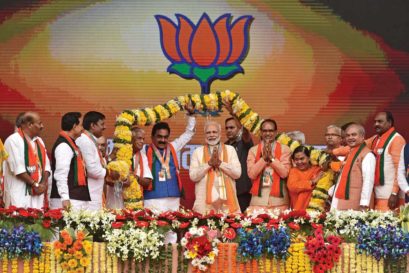 As Shivraj Singh Chouhan faces his toughest election yet, it would take an especially incompetent Congress to squander its chance 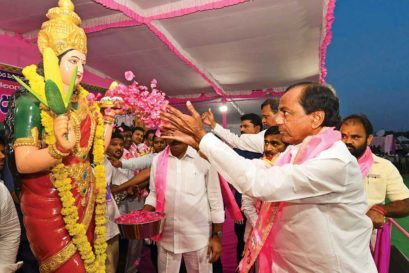