He partitioned the Indian mind even as he expanded his empire 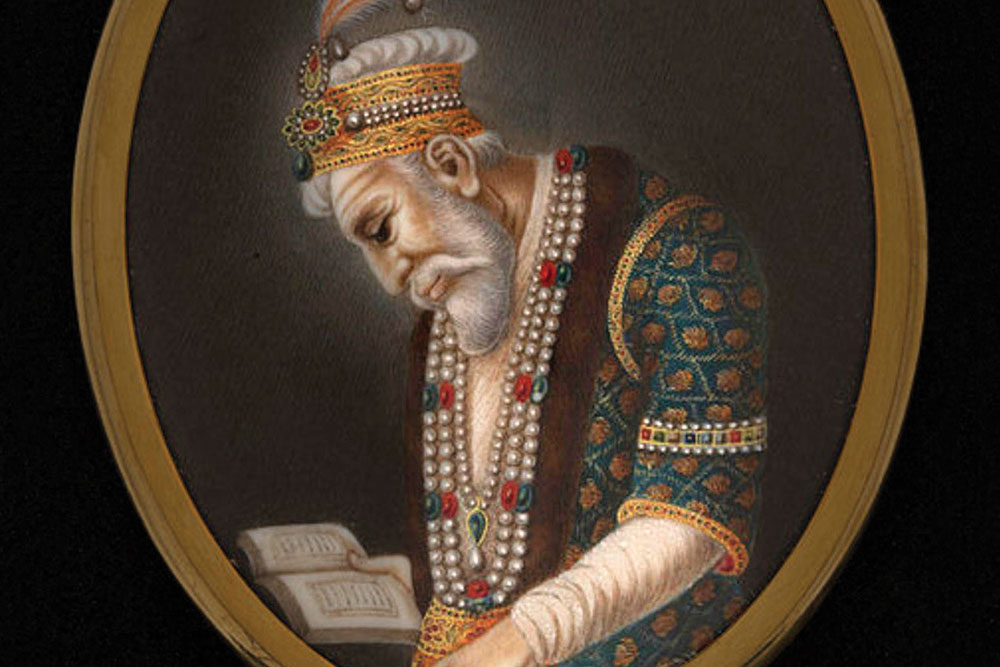 
THIS IS WHERE WE ARE. The present is a constant reminder of a cruel past, of lingering injustices. It is inhabited by people more frightening than the worst of our current tormentors. The adjectives of greatness we once bestowed on them had already been made redundant by the political as well as moral requirements of the day. The monuments that tell their legends in the majestic dilapidations of their existence have ceased to be the pride of our inheritance. They have become haunted houses, the curse of our faux ancestries. We are still counting the ghosts who, from the recesses of
our memory, which itself is controlled by cultural exorcists, continue to trap us in the damnations of an era we are struggling to disown. History is a punishment in search of a compatible crime.

Even more so when the nation has returned to the politics of self-definitions. The big ideology died sometime late in the 20th century, along with the last traces of the big dreams man ever dreamt. Revolutions didn’t enhance the nation; they mythicised the impersonal science of progress. The revolutionary, whose slogans of liberation owed their resonance to the big ideology, put the ideal man above the ideal nation. It was someone else who made politics a pursuit of the purest nation. It too needed the enemy, the wily corroder of racial purity. Supranationalism, in the end, was defeated by the alliance of the revolutionary and the liberal democrat. As the century ended, only the liberal democrat stood there as the winner of the freedom wars. The nation was orphaned, and no tears were shed.

The nation is back, and its panegyrists have given politics a shape-shifting enemy who crawls back from the vandalisations of history to the resentment of the present. In the deified nation, the sacred must be matched by the profane. And the most familiar enemy must be a historical figure with a disputed legacy, whose profanities add to the resentment of the aggrieved nationalist. When the civilisational identity is being restored, the trial of the past is mandatory. It is the day of judgment once again. The law of the sacred nation is written in the vocabulary of revisionism.

The believer animates Indian politics today, and the nation is his deity, still seeking justice. Modernisation, the primary agenda of Prime Minister Modi, in the current cultural atmosphere of India, cannot be separated from the demands of the antique India. Eight years ago, when Modi won India, the political Hindu claimed complete ownership of Indian culture. What the newly empowered Hindu won back was a cracked cultural space. What he saw lurking beneath the diminished inheritance was the old enemy—the demolisher and the defiler. Ram, the god that revived Hindu nationalism, had already been reinstated. Other gods were still waiting for justice. From Kashi to Mathura, it was the footprints of an unerasable emperor that brought out the horrors of the past. Some still called him the last Great Mughal. For the Hindu still fighting for divine justice, Aurangzeb has become a pronoun for profanity. If it is the nation that defines the dominant political force of the day, it is the Evil Emperor riding through the minds of political Hinduism that makes it one of the most volatile battlefields. More than three centuries after his death in the Deccan, the great-grandchild of Akbar threatens the forever besieged Hindu, as the unforgiving Islamist who displaced Hindu gods. He not only built the Mughal dynasty’s most formidable empire but incorporated savagery into statecraft as well.

In the popular telling, his story is a rejection of whatever his great-grandfather, Akbar, and his elder brother, Dara Shikoh, stood for. The Aurangzeb who has migrated from history to the political imagination of the empowered Hindu may be part caricature, part convenience, part incomprehension, and part fairy-tale. Such transformations are inevitable when the cultural imperatives of the present reduce history to a linear text of good and evil, populated by one-dimensional heroes and villains. There can’t be a wilier villain than Aurangzeb, whose biography is steeped in the power and pathologies of empire-building, and who did not let anyone, be it father or brother, stand in the path of the world-seizer (Alamgir).

Every imperium has a backstory of cruelty and inhumanity. The one Aurangzeb fought for with unmatched cunningness and strategic upmanship—his sword was faster and smarter than his challengers’—was no exception. Still, in its extreme passions and violations, it set a new standard in blood rite: brothers executed or banished, and father, Shah Jahan, condemned to house arrest. His coronation had the glow of fratricide. And his reign, built on a scriptural sense of extreme justice, was theology on steroids. He was perhaps the pioneer of unforgiving Islamism. Aurangzeb’s sword of justice was as sharp as the one wielded by latter-day jihadists.

It hung over the deviant Hindu’s head. There is no reliable account of the exact number of temples demolished by Aurangzeb. And there is also no truth in the claim that he only targeted newly built shrines, what with Somnath, Kashi and Mathura. By categorising the Hindu, who was taxed for his pilgrimage, as the outsider in an empire once ruled by Akbar, the original cultural synthesiser, and graced by his brother Dara, a true lover of Hindu classics, Aurangzeb was the first emperor-polariser. He began the project of partitioning the Indian mind even as he expanded his empire.

There are historians who see the temple destruction of the sixth Mughal as an infrequent manifestation of imperial politics with an overwhelming religious content, and praise him for his generosity in not taking the demolition spree to the south even as his troops marched across the Deccan. But the living remains of his reign vindicate the extremism and exclusivity of his Islamist morality. Any variation of bigotry invests in a higher sense of justice. Aurangzeb’s version of justice turned the majority community of his empire into suspects. It was the morality of a king who listened to a selective god. Justice was not fair in Aurangzeb’s empire.

In his much written about autumnal austerity, he portrayed himself as a lonely man who had the honesty of judging himself harshly, awaiting no favour from the final arbiter. More than three centuries after his death on a Friday morning, it seems the prayers have not spared him from the judgment of gods and humans.