The making of a marketplace with an Indian ethos 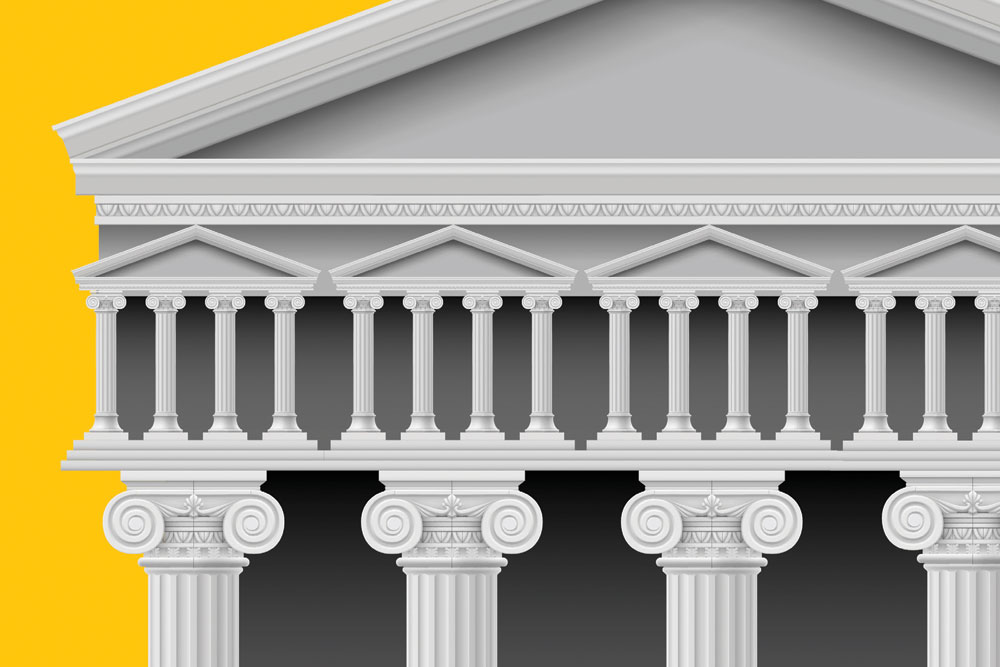 
THE INDIAN ECONOMY has seen rapid changes, particularly in the last seven years, which are transformational. Time does not give us the luxury of gentle, incremental changes that are less disruptive. Moving India away from debilitating socialism to a free-market economy suffused with Indian ethos is an enormous task. Socialism, aggravated by a licence quota raj, had chained down India’s entrepreneurs, withered away her assets and resources and brought in hopelessness.

Although the opening up of our economy commenced in 1991, several necessary follow-up actions were not taken then. This led to a dilution of the impact the ‘opening-up’ was to have had on the economy. A decade later some efforts began but soon, government changed hands. Unfortunately, what followed that brief period was a lost decade, which set us back so badly that we were classified as one among the five fragile economies.

When government again changed in 2014, Prime Minister Narendra Modi, with his three unbroken terms as chief minister of Gujarat, committed himself to build a “New India”. The demographic dividend provided a market even as the youth were revving to serve as entrepreneurs. Their innovations remained unrecognised even as they were contributing to economies far away from home. Technology and digitalisation could bring in efficiencies. In the New India, every one’s basic necessities, such as water, sanitation, accommodation and health will be provided for. New India’s policies shall work on empowering people. Even after decades of trying, policies based on principles of entitlement have failed to break the vicious cycle of poverty, unemployment and deprivation.

Old India kept our traditional skills and craftsmen in a glorified cage so that they couldn’t access growing markets. In the name of protecting them they were kept in the ‘reserved list’, thereby restricting access and competition. A disservice to those who conquered world markets before imperialism stifled them! Our farmers, who were producing bountiful crops even as they weathered unpredictable climatic conditions, were bound by restrictions that curtailed their fair earnings. In a diverse country like ours, there were local products, almost one a district. They were left as the underlings. The skills, the artisans, the local products, the dairy and textile cooperatives, all needed revival and rejuvenation. Old India needed to come alive to infuse colour and flavour and to rivet New India to its roots.

Old India was left behind being ‘protected’ or neglected. An exaggerated belief of socialist India was that government could do nearly everything and deliver too. Steel, cement, watches, telephones, tyres, clothing, pharmaceuticals, condoms, scooters, cars, ships, even bread, were manufactured by government units. Government was also in banking, insurance, refineries, mining, hotels, hospitality, tour operations, airline service and telephone communication. Moving away from this to bring in efficiencies of the private sector was important. Recognising legitimate profit making, respecting industry as job and wealth creators required policy support.

India is seeing a phase of makeover. A clear movement towards an Indian-ethos-infused-market-economy. Not an unbridled mercantilism or a heartless capitalism. The guiding philosophy is a classic: “Sab ka Saath, Sab ka Vikas, Sab ka Vishwas” and “Sab ka Prayaas”.

In Modi 1.0, the floodgates of reforms, rejuvenation and revival opened in full view. The Jan Dhan Yojana, the strengthening of Aadhaar and the using of mobile (the JAM trinity) gave the first mover advantage to the poor. This was soon followed up with Direct Benefit Transfer (DBT) in reaching pensions, ration, fuel, Samman Nidhi to those eligible. A big collateral benefit resulting from this exercise was the savings for the taxpayer. All ghost accounts were eliminated and vast sums of money were saved from pilferage. Ujjwala helped achieve so many goals even as it nudged demerit users out of subsidy. The poor couldn’t be denied safe and healthy fuel.


The Insolvency and Bankruptcy Code was a major step towards a timebound resolution of insolvencies. The problem of legacy NPAs was addressed. Banks were recapitalised periodically. Now, they are also raising funds in the market

The Goods and Services Tax (GST) brought the multiplicity of indirect taxes across the country into one. The Insolvency and Bankruptcy Code was taken up as a major step towards a timebound resolution of insolvencies. Reforming the financial sector commenced with the four R principle: Recognition, Resolution, Recapitalisation and Reform. The problem of legacy Non-Performing Assets (NPA) was addressed steadily so that today nearly all banks are out of Prompt Corrective Action. They were recapitalised periodically. Now, they are also raising funds in the market.

The momentum of economic makeover continues in Modi 2.0 despite the pandemic. In November 2020, Prime Minister Modi, while addressing the Bloomberg New Economic Forum, observed: “[T]he Covid-19 pandemic has posed enormous challenges…The biggest question before the entire world is how to restart? The restart will not be possible without a reset. A reset of mindset. A reset of processes. And a reset of practices.”

Ensuring no one remains hungry was a priority during the pandemic, resulting in free foodgrain distribution to nearly 80 crore people for eight full months, plus up to three cylinders of cooking gas and a little cash for exigencies that might arise. The Divyang, construction workers and poor senior citizens were provided some relief. Through the four Atmanirbhar Bharat announcements, timely hand-holding support for small and medium enterprises, traders and small employees was also provided.

Equally noteworthy is the flurry of systemic reforms that were undertaken. The lowering of the corporate tax rate was a decision post the first Budget of Modi 2.0. For new companies, the rate was brought to 15 per cent and for existing companies it was brought to 22 per cent. Minimum Alternate Tax (MAT) was also exempted for companies. For empowering farmers, three Farm Reforms Acts were passed. Now the farmers can choose the buyer and the price at which they wish to sell their produce.

EVEN DURING THE pandemic the amalgamation of banks happened. Today, we have only 12 public sector banks (PSB) from 27 in 2017. A National Asset Reconstruction Company (NARC) and an India Debt Resolution Company (IDRC) have been established. They shall carve out the NPAs from commercial banks and realise maximum values for the banks. To ensure the value realisation, the Government provides a backstop arrangement. Long-term infrastructure funding with proper risk assessment and long-term capital shall now be available through the National Bank for Financing Infrastructure and Development (NaBFID). An enabling provision in the law also envisages private sector development funding institutions. A pipeline of projects, with a total capital expenditure of over ₹ 112 lakh crore, has been announced and a portal gives the status of progress.

Even during the pandemic the amalgamation of banks happened. Today, we have only 12 public sector banks. Budget 2021 saw a policy on public sector enterprises that identified strategic sectors where only a minimum presence of public enterprises will be allowed. All areas are now open to private players

To attract further investments and make India a manufacturing hub, a Production-Linked Incentive Scheme (PLI) has been introduced to benefit 13 champion sectors. In the light of a global supply chain reset, this scheme has attracted investments in mobile, medical devices, API/KSM manufacture in pharma, food processing, textiles, etcetera.

Long awaited reforms to the telecom and power sectors critical to the economy have also been undertaken.

Budget 2021 saw a policy on public sector enterprises that identified those strategic sectors where only a minimum presence of public enterprises will be allowed. Equally, all areas are now open to private players. An enabling amendment to the General Insurance Act was done. In the insurance sector, 74 per cent foreign direct investment (FDI) is allowed through the automatic route. The Life Insurance Corporation (LIC) also goes out for an initial public offering (IPO).

A consent-based framework for account aggregation has been introduced. Bank customers can avail different financial services from a portal where several service providers will be available. Customers can share their data with their chosen service provider. This is a major step in financial inclusion and for access to credit.

Amendments to the Deposit Insurance and Credit Guarantee Corporation Act will provide ₹ 5 lakh insurance cover for small depositors. Moreover, 98.3 per cent of all deposits will get covered through this one step in case of any restrictions on the banks.

Writing recently on the “de Soto effect”, Niranjan Rajadhyaksha states: “[The] poor working in tiny informal enterprises are in effect shut out of the formal credit system, and hence condemned to live in poverty, because a lack of clear property rights makes it difficult for them to offer their land assets as collateral to banks.” The SVAMITVA scheme envisages mapping of land parcels using drone technology and providing record of rights to village land/house owners. The vicious cycle of poverty due to lack of credit availability is broken through this scheme. Three other schemes—the SVANidhi, MUDRA and Stand-Up India aim at collateral-free lending for small enterprises which are changing the lives of the poor keeping their dignity intact.

This and more is possible because the leadership remains connected to the people and its philosophy of Sab ka Saath.