Can the Hanuman Sticker Serve as a Prophecy for 2019?

LIBERAL INTELLECTUAL ACTIVISTS who keep a hawk’s eye on the Narendra Modi Government have been distracted lately by a sticker of Lord Hanuman that began to appear on the rear window of cars across India. Designed by a Kerala-based artist, this image has been portrayed by some of these activists—many of whom seem to endorse violent stone pelting in Kashmir as an ‘uprising’ of the oppressed—as yet another attempt by rightwing forces to propagate militant Hindutva. On social media, they saw anger in Hanuman’s expression and harangued others on how it was strikingly distinct from the benign Hanuman they knew. They even cited lines of the Hanuman Chalisa to claim that they knew their religion better than those with such stickers on their vehicles.

Somewhere in a building called Rightwing Ecosystem, someone must be laughing out loud. A sticker has brought many to a level where they are arguing that a smiling Hanuman would be better than a Hanuman with an attitude. For many among this cabal, any display of Hindu identity is taken as a sign of regressive thinking, the kind that opposes ideas of liberty and modernity. Beef festivals held on university campuses in the name of Dalit empowerment or prostitutes named after a Hindu goddess are kosher for them, though; it is just resistance to ‘Hindu fascism’. On social media, many such activists consider it progressive to carry a swastika with legs running away from a man wielding a club, presumably a revolutionary ready to beat the symbol to a pulp. Upon being questioned, they say something to the effect of, ‘Oh, this is the Nazi swastika, a symbol of fascism.’ Over the past few years, this group has made it fashionable to shout slogans of Azaadi in the same tone and lehja as heard in Kashmir. They often smile and explain, ‘Oh, but we never ask for Azaadi from Bharat.’ In their smugness, they don’t realise that the people they like to club in a single homogenous block as ‘bigots’ are not dumb. People recognise these slogans and the sentiment behind them, having heard it on their TV sets for years.

As the Karnataka election results began to trickle in, many of these intellectual activists began to berate the South for going the North India way. They attributed the BJP’s emergence as the state’s single largest party to a rising bigotry among the Hindu majority. There was no attempt at introspection, no engagement with ‘bigots’ to understand why so many people have chosen to vote for the BJP, which we are told, time and again, is essentially a vote for Modi. There is not even a pretence to mull over the thought that maybe a few political analysts are right when they argue that voters rejected the Congress attempt to divide Hindus through its new-found love for Lingayatism, a game that seems to have boomeranged on the party. There has been little accommodation of a possibility that many may have no faith in Rahul Gandhi and hence consider the BJP a better—if not good— option versus the Congress.

It was a redux of the same myopia one witnessed in 2017 after the BJP’s spectacular victory in Uttar Pradesh. In this state, intellectual activists had high hopes from an imagined Dalit-Muslim axis, in the process ignoring or just being ignorant of the ground reality. There was minimal thought spared on why the Hindu vote had got so heavily consolidated; why there had been such a sharp polarisation. Shehla Rashid wrote that she slipped into clinical depression for months after the poll results.

Some have called the BJP’s performance in Karnataka a victory for the cultural right. Many within the party like to credit Modi for bringing about this change. A senior BJP leader narrates a story about Modi’s visit to Varanasi after becoming Prime Minister in 2014. The leader who accompanied Modi says that while offering prayers at the Kashi Vishwanath temple, a priest anointed Modi’s forehead with holy sandalwood paste. As he prepared to leave, Modi, says the leader, tried to wipe off the mark before stepping outside. But the priest cautioned him, saying, “Yatha Raja, tatha Praja (As the king, so his subjects).” Modi is reported to have stopped right there, leaving the temple premises with the mark intact on his forehead.

It is easy to see how difficult it would be for anyone else to compete with such masterful evocation of Hindu symbols. Earlier, during Gujarat’s Assembly elections late last year, Congress President Rahul Gandhi was forced to avoid any mention of the 2002 riots and spent much time visiting temples, even as his partymen proclaimed him a Janeudhaari Brahmin with ‘Pandit’ as an honorific before his name.

ON THE FLIP side, however, this victory of the cultural right assumes silly proportions sometimes. When the Prime Minister refers to Ganesha’s trunk as evidence of the world’s first plastic surgery and harps on the wonders of yoga in international forums, one wonders whether a rightist cultural resurgence can be a leitmotif in India. The problem is accentuated each time militant Hindutva actually makes its menace felt, with some Muslims now hesitant to even carry cooked non-vegetarian food on trains or find that they’re barred from offering prayers in open spaces by hecklers shouting ‘Jai Shri Ram’.

Recently, Reuters reported that the Modi Government had appointed a committee of scholars for the Sangh Parivar’s dream project of ‘Hinduising’ the history of India. This includes a mandate to prove that Hinduism was the belief system of India’s original inhabitants. According to the report, the committee has also been asked to ‘make the case that ancient Hindu scriptures are fact not myth’. It gels with the Sangh’s obsession with trying to find artefacts of the Mahabharata period, or tracing the path of the Saraswati river.

In the meantime, intellectual activists are busy isolating people who may not be in the Sangh’s fold but have concerns which they think are not being addressed. But instead of engaging with them to understand these issues, these activists find it easier to label them.

In a recent piece in The New York Times, Gerard Alexander, an associate professor of politics at the University of Virginia, describes this rather well: ‘Liberals often don’t realize how provocative or inflammatory they can be. In exercising their power, they regularly not only persuade and attract but also annoy and repel.’ Alexander mentions a recent White House Correspondents’ Association Dinner in Washington where the comedian Michelle Wolf made some jokes that he says people responded less to because of her talent and more because they wanted to identify with a certain form of liberal politics. ‘For every viewer who loved her Trump bashing, there seemed to be at least one other put off by the one-sidedness of her routine,’ he wrote.

Gerard makes a prophecy for America: ‘A backlash against liberals—a backlash that most liberals don’t seem to realize they’re causing—is going to get President Trump re-elected.’ Considering how Indian liberal activists are behaving and reacting these days, it may not be too difficult to predict that some of them will fall into clinical depression in 2019.

Everything Has Changed
Narendra Modi: Still the Unchallenged
The Poor Will Pave the Way for 2019
The Executive Unbound 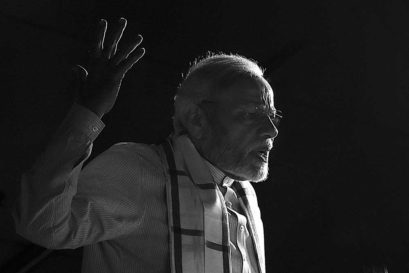 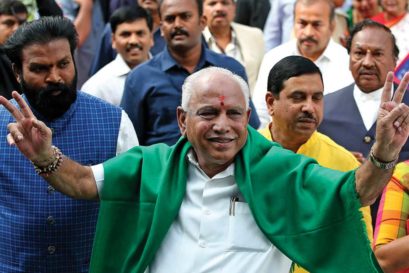 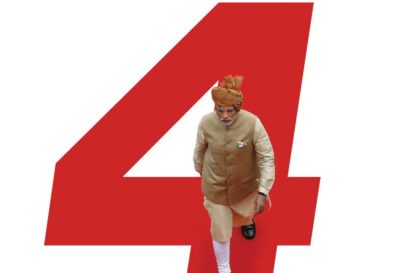