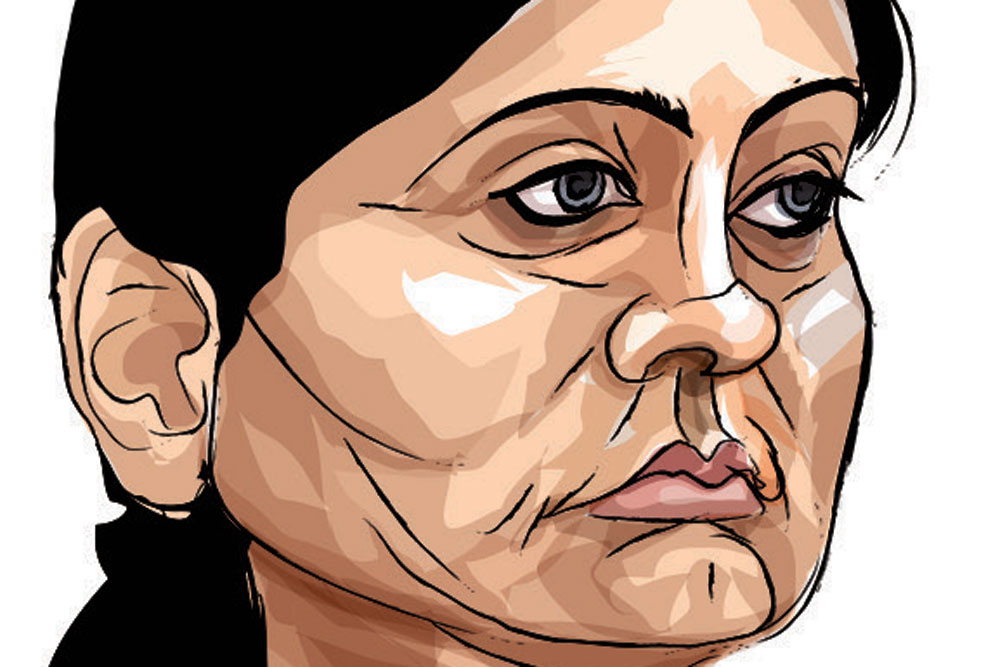 
As momentum builds up for the Uttar Pradesh (UP) election next year, Anupriya Patel of Apna Dal has suddenly become very important. The party has a significant portion of the Kurmi vote bank. The Bharatiya Janata Party (BJP) does not want Patel to make an alliance with the Samajwadi Party (SP). Historically, Kurmis and Muslims don’t politically go together, so BJP had started engaging with the former. But they still don’t have a Kurmi leader of stature and so the Apna Dal alliance matters. The main obstacle to it is Patel’s husband Ashish Singh Patel, who is drifting closer to SP leader Akhilesh Yadav. Anupriya Patel had been a minister of state in the first innings of the BJP Government but was not included when Narendra Modi returned to power. She also wanted a Cabinet berth. Will BJP now be ready to give it to her? They need to fix the alliance before the end of the year.

To Exit or Not

After Suvendu Adhikari was made the leader of the opposition in West Bengal by BJP, their other main leader, Mukul Roy, who is also a switchover from the Trinamool Congress (TMC), may be considering leaving the party. He is not comfortable with Adhikari becoming BJP’s blue-eyed boy. Also, Roy is concerned about the future of his son, who is toying with a return to TMC. Roy could also follow but then he might come under the scanner of the Central Bureau of Investigation (CBI) in the Saradha chit fund case. BJP is now figuring out how to keep Roy in the party.

The controversy over former West Bengal Chief Secretary Alapan Bandyopadhyay not being present for Narendra Modi’s meeting seems to be over after the announcement of his retirement and his polite reply to the Centre’s showcause notice. In it, he informed Delhi that he had gone to meet the prime minister that day despite his having to perform one of the last rites for his brother who had died of Covid. Bandyopadhyay, who was appointed advisor to Chief Minister Mamata Banerjee, also apparently wants to resign from the post because he doesn’t want to get involved in the political slugfest between the state and the Centre.

In the diplomatic world, the big buzz is when Prime Minister Narendra Modi will meet US President Joe Biden. When Foreign Minister S Jaishankar visited the US and met his counterparts there, they wanted to know about Modi’s plans. One possibility is in September during the United Nations General Assembly session in New York. Modi can then also go to Washington DC for a day for a separate meeting with Biden. Another possibility is during the UN Climate Change Conference in Scotland in November. But Modi will only take a call after the pandemic is under control.

The removal of BVR Subrahmanyam as the chief secretary of Jammu & Kashmir suggests that there is a change in Narendra Modi’s approach. He might be veering towards a political rather than an administrative solution. Subrahmanyam was trusted by Modi and would be privy to decisions much earlier than anyone else. But that also led to many detractors. Former Governor Satya Pal Malik, for instance, would tell people that his chief secretary avoided revealing key details to him. Even the BJP unit in J&K was not very fond of Subrahmanyam. When he was posted in Srinagar, there was expectation that since he had tackled left-wing extremism, he would improve the security situation there. But as one officer now puts it, he came to a different task and an unpleasant one.

After the death of Rashtriya Lok Dal (RLD) leader Ajit Singh, his son Jayant Chaudhary has now become the party head. He is already working for the Assembly election in western UP, where the party has its base, and the main thrust is on sympathy votes. He tells voters that they did not vote for Ajit Singh in the last election, leading to his defeat, and now is the time to make amends. If such a call resonates with voters and RLD does well in the region, it could be a stumbling block for BJP’s return to power in the state. 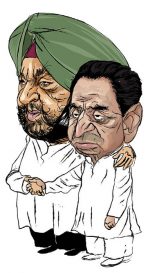 Punjab Chief Minister Amarinder Singh is facing dissidence from Navjot Singh Sidhu. So, the Congress high command called leaders from the state to Delhi to resolve the issue. In the midst of this controversy, the party’s senior leader and former Madhya Pradesh Chief Minister Kamal Nath made an unexpected move by openly backing Amarinder Singh. It then led to a ruffling of feathers in the Madhya Pradesh Congress and also the Rahul Gandhi camp. Ajay Singh, son of the late Arjun Singh, has now opened a front against Nath in Madhya Pradesh demanding action against him. He is being accused of provoking a section of the dissidents that led to the Congress government falling last year in the state.

Ashok Lahiri, who was Chief Economic Advisor when Atal Bihari Vajpayee was prime minister, won the Assembly election in West Bengal from Balurghat. He contested on a BJP ticket and may get the chairmanship of the Public Accounts Committee. It is a position that usually goes to the opposition, but that had not happened last time. Now, TMC has expressed its willingness to give it to BJP.