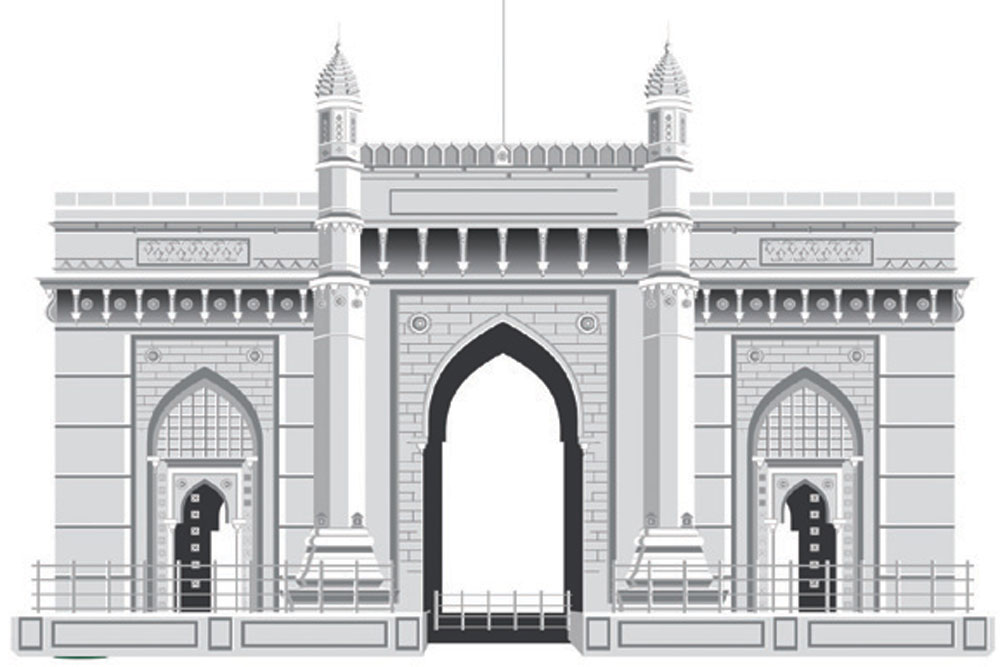 AJAY MOHAN BISHT came to Mumbai and said “Veni, Vidi, Vici.” Except, of course, he didn’t because it’s a foreign tongue; and secondly, he didn’t vici anything, except perhaps, Akshay Kumar, who being a patriotic Indian who is Canadian, is always eager to be conquered by anyone called Bisht, especially if the Bisht called Ajay Mohan is better known as Yogi Adityanath.

If you have been following the news, which means not watching television, but reading newspapers after washing them with soap and water, drying them in the sun and then reading the bits stuck to your palms (this is called reading between the lines or palmistry), you will have noticed that Yogiji was in our city to offer its sinful inhabitants good karma and punya by relocating our industries to his holy state of Uttar Pradesh, sometimes erroneously referred to as Ulta Pradesh. Yogiji was particularly keen on reforming wicked Bollywood (notorious for its late-night parties and bad acting), by moving it to his state. Presumably, it was in this connection that Akshay Kumar met him in his capacity as ambassador of Bollywood, a post which he graciously accepted when he offered it to himself on account of the fact that he is extremely good-looking, makes pots of money and is a bona fide Canadian citizen.

It seems highly improbable, but is it likely that even the Mahant of Goraknath Math in Gorakhpur could be so dazzled by the glitter of Bollywood that he overlooked the fact that some of its leading citizens are named Khan, and that if two of them—the two biggest—moved to Ulta Pradesh, he would have to get them arrested for love jihad? Perhaps it’s foresight that’s stopped the third biggie from committing love jihad, not once, not twice, but many, many times.

Don’t let Yogiji’s saffron robes deceive you though: he’s got a degree in mathematics (which explains his skill in being calculating), he renounced his family at 21, became the youngest member of the 12th Lok Sabha at 26, and has been a five-term parliamentarian. As Member of Parliament, he had 77 per cent attendance, asked 284 questions, participated in 56 debates and introduced three private member bills. He also opposed the Women’s Reservation Bill saying that if men develop feminine traits, they become gods, but if women develop masculine traits, they become demons. In his home state he opposed the BJP for diluting Hindutva, defeated its candidates in local elections, so naturally the BJP made him Chief Minister.

If all this is not impressive enough, Yogiji is also a hard-working man, having kept 36 UP ministries to himself, including Home and Prisons (which may actually be the same thing). The film city at Noida will be yet another portfolio he will command. Watch this space to know how Bollywood becomes Nollywood.

BEHIND THE HONEY adulteration controversy, there is—you’ve guessed it—a hidden Chinese hand. Mumbai-based Marico’s Saffola honey has come out smelling roses, if that’s the appropriate phrase, while a few other celebrated names, including one belonging to another saffron-clad man, have not. To be fair to the other brands, they passed the tests laid down by the Food Safety and Standards Authority of India. If you look at your next jar of honey, you will see fssai on the label, which means all is well inside. However, it’s not because the Chinese make a fructose syrup solution that goes undetected in Indian tests, so many Indian companies import it and use it to dilute real honey, thus reducing costs. Only a Nuclear Magnetic Resonance (NMR) test conducted by German labs can detect this adulteration. The brands caught with their pants down and stung by these revelations have cried foul. (I could have said fowl, but there are limits to bad puns.) ‘But we passed the FSSAI tests!’ they have protested loudly, glossing over the fact that they were undeniably introducing a spurious Chinese item into the real, genuine, product of hard-working Indian honey bees.

If you are the kind of person who revels in completely useless information, you have come to the right place: a beehive contains three types of bees—a single Queen Bee, a large number of seasonally variable number of male drone bees to fertilise the Queen, and up to 40,000 female worker bees. On average, one hive will produce 29 kg of honey per year. I leave it to Yogi Adityanath and his maths degree to calculate how many hives and millions of bees are needed to meet our insatiable greed for honey.

I could give you more useless information on how bees actually produce honey, but I won’t because it’s a pretty disgusting process involving regurgitation and digestion and I am supposed to keep this column clean. But this you might want to know: if we eat the honey produced by honey bees, what do the honey bees eat?

Apparently taking advantage of the fact that bees of all three kinds—Queen, drones and workers—being 100 per cent desi and thus lacking the facility of conducting Nuclear Magnetic Resonance tests, beekeepers fool them by feeding them with a fructose syrup solution. It doesn’t even have to be Chinese.