Three decades after 1989, the autocrat has become the sole choreographer of freedom 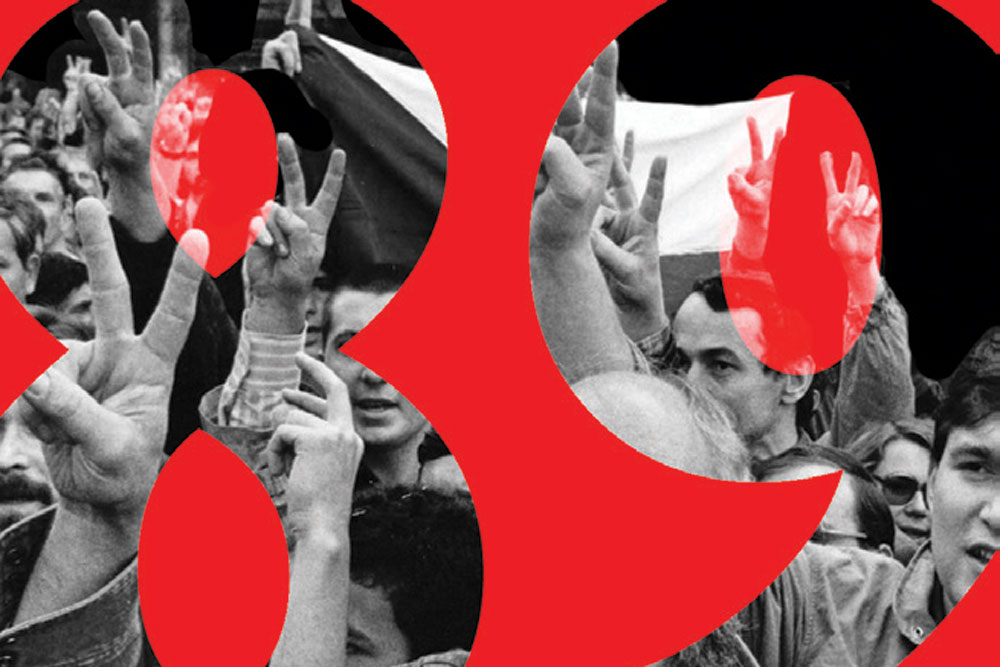 THIRTY YEARS AGO, We the People was the invocation that accompanied freedom in Eastern Europe. When the Berlin Wall was finally torn down, it marked the death of the Cold War’s most persistent metaphor: the Iron Curtain. Nineteen Eighty Nine was the year that made both hyperbole and poetry real on the street. The ghosts stopped haunting: apart from the one that inspired Marx, they included Imre Nagy and Alexander Dubček, precursors to the liberators of 1989. And it was the year that provided the unlikely adjective of ‘velvet’ to revolution, which, appropriately, began in a theatre called Magic Lantern in Prague. It was the year that brought the shipyard electrician, the playwright, the novelist, the singer and other amateur performers together in a street theatre of truth that replaced the fake show of ideology. It was the year that made the philosopher the king. 1989 brought down the Lie born out of 1917.

It is the redemptive powers of argument and imagination that make the biography of 1989 still relevant in the history of resistance. There was no argument more compelling—and ambitious—than communism. Its promises competed with religion’s, and its imagery of struggle and sacrifice in the pursuit of equally shared happiness made one of humanity’s most audacious dreams. All the necropolises it built, all the banishments it ordered, and all the questions it silenced were in the service of the Ideal Man, the Perfect Man, in a Perfect World: A Heaven on Earth. No conceit was as beguiling, and as terrifying, as communism. It was this imperium of controlled conscience that fell in 1989. There was a Pope who came home to tell a gospel of dignity; there was communism’s last emperor in Moscow who let it go; and there was a president in Washington who wanted to win history—1989 saw big men and big ideas accept the redundancy of ideology. The argument for freedom laid the Book to rest.

Thirty years on, the memory of 1989 clashes with the ironies of freedom. Then, the triumphalist saw the end of (Hegelian) history, though, it must be said, he did correct himself subsequently. Today, liberal democracy is on trial. Then, the amateur revolutionary defined dissent as ‘living in truth’. Today, the revolutionary who reaps popular resentment manipulates facts to create convenient truths. Then, the Chosen One, the loftiest of them all, was replaced by the elected one. Today, the elected one has chosen himself as the loftiest of them all. Then, democracy was such a thrill when they came out of the make-believe. Today, in the new liberation theology, democracy is a sham, and it needs to be controlled by strong hands. Then, the Western liberal model was the ideal national choice. Today, the liberal has ceded the space to the nationalist who imagines the future with adjectives borrowed from a glorious past. Then, the post-communist cosmopolitan thought he had won the world. Today, the nativist has regained his world, walled and familiar.

If 1989 killed the old certainties of ideology, 2019 seeks order through a different kind of revolution, led by those who have been moulded and even scarred by the earlier one. The rise of Hungary’s Viktor Orbán tells the story of the new Eastern Europe: the revenge of the orphaned democracy. Once out of the dark, the inheritors of freedom found the management of it harder and prosaic. And some of them in power mimed their erstwhile tormentors. President Lech Wałęsa, unlike Wałęsa the iconic Solidarity leader, personified the crudest version of freedom. The ruling party of Poland today controls the institutions of democracy to keep freedom in check. For Orbán, populism’s poster boy in Eastern Europe, the exhausted Western liberal order is incompatible with the natural instincts of the nation. Whether it is in Budapest or in Moscow, three decades after 1989, the autocrat has become the sole choreographer of freedom.

The argument today is not between freedom and tyranny.

It is between the many definitions of freedom. It is not between ideological faith and democratic impulses. It is between the self-awareness of nationalism and the indifference of liberalism. More than a decade before 1989, in his seminal essay on dissent, ‘The Power of the Powerless’, Václav Havel wrote: ‘Living within the truth, as humanity’s revolt against an enforced position, is… an attempt to regain control over one’s own sense of responsibility. In other words, it is clearly a moral act, not only because one must pay so dearly for it, but principally because it is not self-serving: the risk may bring rewards in the form of a general amelioration in the situation, or it may not… It is an all-or-nothing gamble, and it is difficult to imagine a reasonable person embarking on such a course merely because he reckons that sacrifice today will bring rewards tomorrow, be it only in the form of general gratitude.’ The enforced positions of 2019 have to be countered with the moral lessons of 1989.