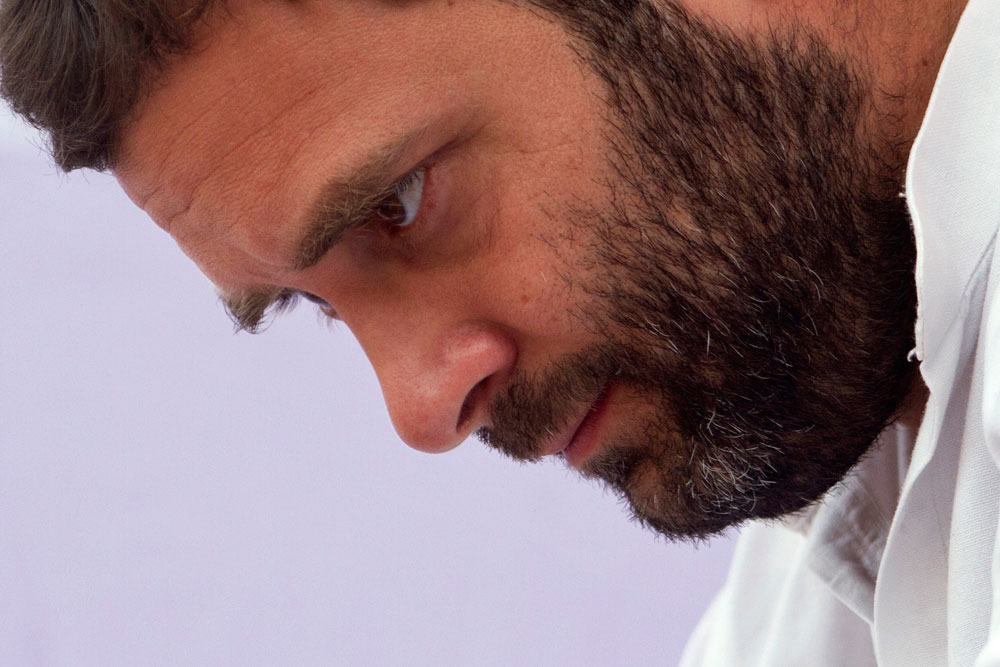 NO, IT’S NOT Narendra Modi. What frightens Rahul Gandhi is India winning its fight against the Covid-19 pandemic, the economy booming, and jobs returning. Just when the Congress-led opposition thought it had the prime minister cornered, he might pull off a Houdini act before the 2024 Lok Sabha election.

A strong Indian economy in the runup to 2024 is Congress’ worst nightmare. And it might actually happen. Exports are set to cross a record high of $400 billion in 2021-22. Foreign investment is pouring into Indian startups. Corporate profits are up by over 20 per cent. Inflation is falling.
The Production-Linked Incentive (PLI) scheme is turning out to be a sleeper hit. Foreign and domestic manufacturers are lining up to seize the financial incentives on offer if they meet incremental annual production targets.

Manufacturing meanwhile is shifting steadily, but surely, from China. President Xi Jinping’s relentless campaign to rein in Chinese oligarchs has unnerved foreign investors. Many global firms such as Tesla and Apple are hedging their bets by moving their production lines to Vietnam, Taiwan—and India.

Covid-19 is seemingly coming under control in India. Cases have moderated. Over 85 crore vaccine doses have been administered. Vaccinations are currently averaging more than 80 lakh doses a day. (For comparision, doses administered daily in the US are averaging one-tenth that figure despite a more advanced healthcare ecosystem.)

At the present rate of around 24 crore doses a month, India is on target to administer 100 crore doses by mid-October.

There are still slender pickings of bad news elsewhere, however, if Gandhi pours through the mournful weekly diatribe on job losses by the Centre for Monitoring Indian Economy (CMIE). Jobless growth could have provided welcome relief to Congress as its attacks on Covid-19 mismanagement and the prospect of an impending economic armageddon peter out.

Unfortunately, the formal economy alone recorded 9.02 lakh fresh payroll jobs in July, putting the country on course to create over 1 crore jobs in the next 12 months. Companies have begun hiring. A good monsoon could see agricultural jobs and farm incomes in the informal economy bounce back as well.


Rahul Gandhi’s biggest worry is that all the bad news—Covid-19, farmers’ protests, the economy and jobs—he was relying on to undermine the Modi Government has peaked too early. That won’t help Priyanka Gandhi Vadra who is leading the Congress charge in the UP election

Gandhi worries about the impact this would have on the 2022 Uttar Pradesh (UP) Assembly election. Till a few months ago, it was easy to revile UP Chief Minister Yogi Adityanath. Images of bodies floating in the Ganga river were splashed across international media.

But UP has turned the corner. It is recording new Covid cases in low double digits. The state has administered over 9 crore vaccine doses so far, more than any other state (Maharashtra is second with nearly 7 crore doses). Law and order in UP, even the opposition concedes, is better than it was under the Samajwadi Party (SP) in 2012-17.

All this adds up to a problem for Gandhi. He has relied for 11 months on the farmers’ protests to mould a new narrative in western UP. Bharatiya Kisan Union (BKU) President Rakesh Tikait, who is leading the protests, fought two elections in Uttar Pradesh—in 2007 with Congress support and in 2014 on a Rashtriya Lok Dal ticket. He lost both.

Tikait has used reverse-polarisation to bridge the gap between Muslims and Jats in western UP. His chants of “Allahu Akbar”” and “Har Har Mahadev” are meant to heal the wounds of the communal riots in Muzaffarnagar in 2013.

It’s a risky strategy. Counter-polarisation by invoking such hybrid slogans can alienate the rest of UP.

Gandhi’s biggest worry is that all the bad news—Covid-19, farmers’ protests, the economy and jobs—he was relying on to undermine the Government has peaked too early.

That won’t help Priyanka Gandhi Vadra who is leading the Congress charge in the UP Assembly election. Gandhi Vadra can’t afford to fail the UP test. But in a multi-cornered contest among BJP, SP-Congress, Bahujan Samaj Party, the All India Majlis-e-Ittehadul Muslimeen and regional parties, failure is the most likely outcome.

That could dull the sheen on Gandhi Vadra’s vote-catching charisma that has not been fully tested in an election so far. Rahul Gandhi knows the danger, and price, of failure.

Priyanka Gandhi Vadra turns 50 a month before the UP election. The Gandhis know her electoral test cannot be put off any longer. For Rahul Gandhi, his sister’s failure in UP will jeopardise not only Congress’ prospects in the 2024 Lok Sabha polls but loosen, perhaps terminally, the family’s hold on Congress. That is a real fear.