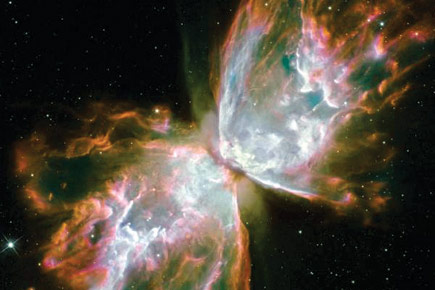 SINCE THE BEGINNING of time, three questions have confronted humankind. One, how was our universe created? Two, who created it? Three, why?

These questions have tormented scientists, philosophers and religious leaders. So, it’s not surprising that the James Webb Space Telescope (JWST) has aroused excitement across the world.

Will it answer the three questions? Of course not. It is not expected to. The human race will have to reach a vastly higher level of civilisation before it begins to understand our place in the universe.

The JWST will reach its designated orbit nearly one million miles from Earth by the end of January 2022. When fully operational, it will be able to pick up radiation from the earliest galaxies that were formed just 100 million years after the Big Bang that created the universe 13.8 billion years ago.

On a human time scale starting at midnight and compressing the universe’s lifespan of 13.8 billion years into 24 hours, that’s equivalent to peering into the beginning of time at ten minutes after midnight, or 12.10AM.

The JWST will send infrared radiation of events that took place at near the beginning of time. The most powerful space telescope ever made, the JWST cost $10 billion and millions of scientific manhours to build. Webb project co-founder John Mather said the JWST has unprecedented sensitivity: “JWST can see the heat signature of a bumblebee at the distance of the Moon.”

It has taken 13.8 billion years for the heat and light from “foetus galaxies” to reach the JSWT parked one million miles from Earth—mere millimeters measured in galactic distances.

While the JSWT will give us a glimpse of what the universe looked like moments, metaphorically speaking, after creation, the big questions will remain unanswered.

One of the most intriguing is: Does intelligent life exist elsewhere in the universe? Stephen Hawking, the late Lucasian Professor of Mathematics at Cambridge University (the chair Isaac Newton once held) said it very likely does. Other scientists like Roger Penrose, the leading mathematical physicist, agree. The philosophical and religious implications of discovering intelligent life on another planet are enormous. At this level, science and faith converge.


It’s not surprising that the JWST has aroused excitement across the world. The human race will have to reach a vastly higher level of civilisation before it begins to understand our place in the universe

Does intelligent life exist on other planets among solar systems in distant galaxies? It depends on how you define “intelligent” and “life”. There is little doubt that “life” exists on other planets. The universe is bursting with billions of galaxies and trillions of planets. The laws of probability make the existence of life in outer space a near certainty.

Is that life intelligent? And why has it not attempted to contact us?

Let’s answer the two questions in sequence. First, “life” on other planets need not look like anything we can today conceive. It can be plasmoid or in a form that our science has not yet discovered. After all, Newton’s laws of gravitation were unknown till a few hundred years ago, which is a blink in cosmic time. Einstein’s general theory of relativity was published only in 1915.

But why has extraterrestrial life, if it exists with such certainty, not made contact with us? The answer lies in distance. Travelling at the speed of the world’s fastest experimental spacecraft, Helios II (1,57,000 mph), it would take over 12,000 years for “life” on Proxima Centauri b, the planet located outside the solar system nearest to Earth, to reach us. Life, if it exists on other planets, would take millions of years to reach Earth. We are simply not visible, accessible, or important enough, for the rest of the universe.

What about God? Does he/she/it exist? Hawking sidestepped the question, calling it nature. Einstein, in a letter handwritten in German and auctioned for $2.89 million by Christie’s in New York in 2018, declared: “The word God for me is nothing more than the expression and production of human weaknesses.”

The JSWT will answer a number of questions as it analyses evidence from moments before the birth of the universe. But an answer to the biggest question—why the universe exists at all—will have to await a higher form of intelligence than the human race currently possesses.