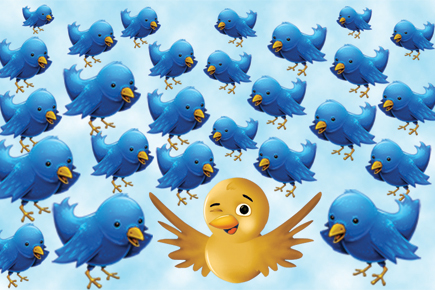 THAT DONALD TRUMP lies a lot is not disputed. But when Twitter tries to turn him into an honest person, it would be wrong to give it points for instituting good behaviour. This week, Trump tweeted against mail-in ballots that make possible for Americans to votes from homes and wove a conspiracy theory around it. It is a system that helps his opposition whose younger supporters often don’t come out on voting day. But Twitter immediately added a fact-check link below Trump’s tweet that led to mainstream media stories saying his claims were unsubstantiated. This was more or less calling him a liar.

Trump’s supporters are angry. He himself is belligerent promising to regulate Twitter. Even Facebook’s Mark Zuckerberg became alarmed at the consequences of such a move on social media companies that he said Twitter had no business being an arbiter of truth. For instance, two months ago, Joe Biden, who is his opponent in the presidential elections, called Trump xenophobic when, following the pandemic, he banned flights from China, a move that now seems very correct. But Twitter didn’t have a link to a counterpoint below Biden’s charge. The American elections are only a few months away and to now do this to Trump signals picking a side. Also, Trump himself has been his usual lying self on the platform for a decade now without being censored. Why change the rules of the game at this point if not to influence the election?

Notice also that what Trump is saying is about what will ensue and unless Twitter has developed an algorithm for seeing the future, it cannot even be sure if it is a lie. To create conspiracy theories about the opposition is fundamental to democratic politics. Everyone does it. In any election in India, opposition politicians, both at national and state level, raise questions on electronic voting machines being rigged. Should we then expect a fact-check link below an Arvind Kejriwal or Mayawati tweet when they make these claims? How is Twitter to ever be 100 per cent certain that there is no rigging? And if Twitter were to make this a standard operating practice, then it will have as many fact-check links as there are tweets in the world. And why then stop at politicians?

A big problem for Twitter is that half its users, the entire right-wing spectrum, thinks the platform is compromised ideologically against them. Its founder, Jack Dorsey, doubled down on calling out Trump with this tweet: ‘We’ll continue to point out incorrect or disputed information about elections globally…More transparency from us is critical so folks can clearly see the why behind our actions.’ But there is zero transparency from Twitter on how it goes about doing this, how is the truth arrived at, who vets what, how are such decisions made. People have been blocked for life from Twitter without being able to meet a human being to know why or present their side of the story. If Twitter wants perfect truth and transparency, then it should start with itself.