Truth as the Beginning 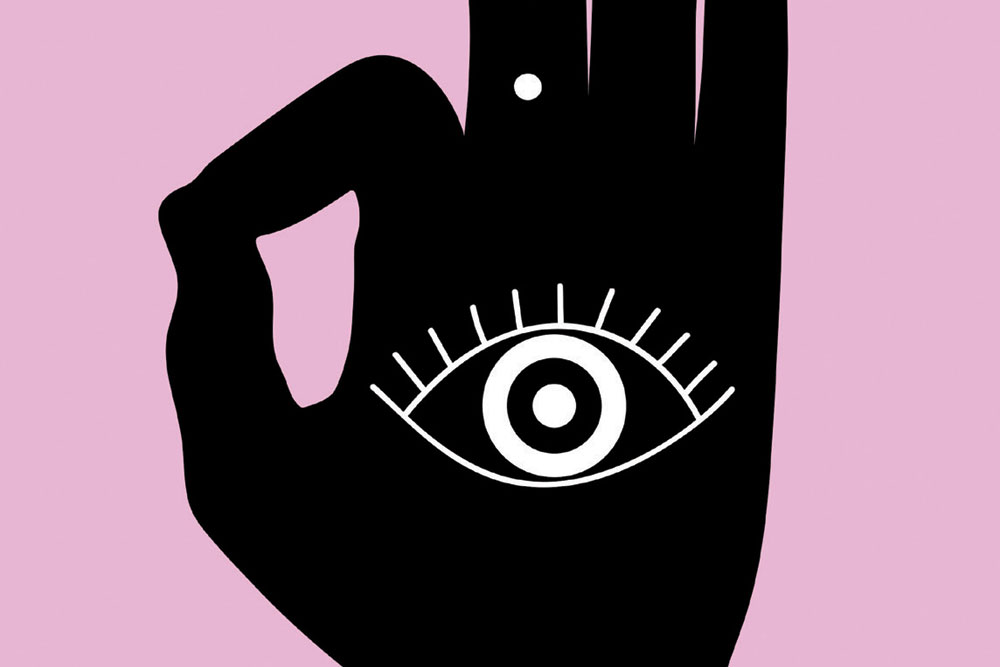 
A NEW YEAR IS as good a time as any to think about beginnings. But ‘beginnings’ are a tricky concept. Not just in the simple sense of cause-and-effect: can we truly say when something begins? But rather in that any description of a ‘beginning’ implicitly assumes that we are able to find an Archimedean position—call this position ‘now’—which comes fully equipped with concepts and consciousness, information and potentialities to analyse the past. This privileging of the ‘now’ as some sort of above-ordinary moment in spacetime is what the French philosopher Jacques Derrida called ‘the metaphysics of presence’. This phrase, rather mouthful and capacious in its portents, speaks to our mental furniture that assumes the presence of certain fundamental hierarchies. Our ‘now’ comes equipped with intuitions that there is ‘good before evil’, ‘positive before negative’, ‘pure before the impure’ and so on. In turn, and over time, we create elaborate worldviews, manufacture meanings and organise institutions that turn these binaries into the fundamental axioms out of which we spin, like a spider creates a web from seemingly nowhere, an ideological framework that grapples with history. The complex, complicated and sometimes infuriating project called ‘deconstruction’, of which Derrida was the paterfamilias, was dedicated to making explicit the pathways through which language smuggled itself into our everyday consciousness to create what we call ‘reality’.

Over the past century, as more and more Indians have entered the middle class and wilfully adopted mores of modernity, our collective ‘now’ has sought new ways to comport our past to reason. Thus, we see the rise of entire traditions of thought such as ‘naturalistic’ Buddhism, where all the supernatural and non-rational claims in traditional Buddhism are simply deemed irrelevant. (A Buddhism without rebirth, karma, nirvana, bodhisattvas, writes the philosopher Owen Flanagan, would still have much to say about metaphysics, epistemology and ethics). Within Hinduism, this rearrangement of what lives in our ‘now’ takes on a different colour. Whereas the previous generations saw the ig Veda as a foundational text from which ritual and identity was derived, over the past few decades, we have typically elevated one verse from the ig Veda called the ‘nasadiya sukta’ (often called the ‘Hymn of Creation’) above all else. This particular verse fragment asks, with breathtaking simplicity: ‘But, after all, who knows, and who can say/ Whence it all came, and how creation happened?/ the gods themselves are later than creation,/ so who knows truly whence it has arisen?’ (translated by AL Basham). Present-day Indians, faced with a society that is beholden to religious and communitarian chauvinisms, often hold this verse up as an example of intellectual enquiry. Thus we get a reading of our past in which we privilege scepticism over dogmatism, open-mindedness over rigidity, plurality over singular identities, wonder over blind certainty and so on. The ‘now’ from the inside of which we tell these stories of our collective past sees scepticism of the Indian mind as its fundamental quality. 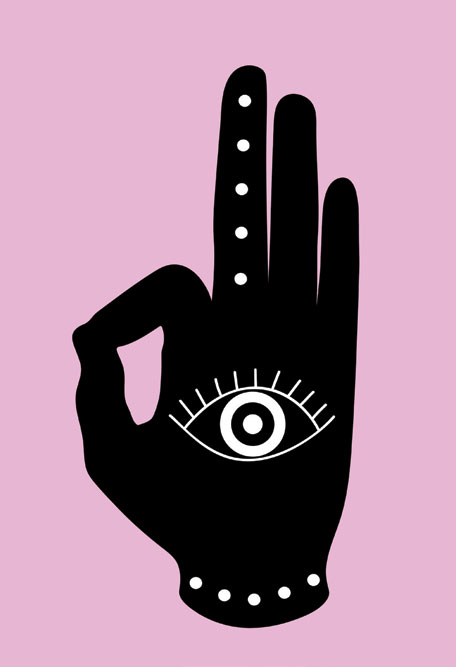 But such a reading flounders when talking about the origins of our social arrangement. Instead of scepticism and reason, what we are faced with is an elaborate and complex archipelago of caste, gender and class that resists new readings. The ‘now’ out of which our understanding of Indian social past emerges privileges purity over impurity, moksha over all else, sexual fidelity over sexual experimentation, textual learning over workmanship, context-specific rules over universal norms and so on. These binaries are born from a sociopolitical consciousness that continues to marinate in the remains of a varnashrama dharma tradition which relies on this ‘metaphysics of presence’ to generate a historical reading. This, of course, is not unique to India. Every society or tradition has similar fundamental binaries upon which society relies to construct an understanding of its past. But in India’s case, so extensive and vivid are its philosophical roots and lived histories, there is an overwhelming desire for our past as a homogenous whole and our textual traditions merely as means to reify this underlying ideology. Such critiques present the Indian tradition as uniquely uncritical of itself. The irony is that the exact opposite is true. Our textual traditions, including ones that speak of origins, often end up seeking to interrogate the very body politic inside of which these words live.

To me, no story is more moving and radical than the story of Jabala and her son, Satyakama. Once, says the Chaandogya Upanishad (among the oldest of ancient texts, composed between 800 BCE and 500 BCE), there was a boy called Satyakama who was precocious and eager to learn more about the world and the great eternal truths. As was the custom in his time, he went to his mother to seek permission to leave home and go find himself a tutor. Satyakama said, ‘Mother, I want to become a student. So tell me what my lineage is?’ (translated by Patrick Olivelle). We do not know if the mother replied sternly, lovingly, or distractedly—the Upanishads are not novels, not even poetry in the modern sense where sentiments are foregrounded; they are expressions of man’s efforts to annotate the truth as it is experienced—but this is what she said, ‘Son, I don’t know what your lineage is. I was young when I had you. I was a maid then and had a lot of relationships. As such, it is impossible for me to say what your lineage is.’ No doubt, all this was new to young Satyakama—or was he, like children everywhere, capable of intuiting unspoken truths that courses through families? We cannot say. Then, with the clarity of a person who had thought for long about such matters on her own, she told her son, ‘But my name is Jabala, and your name is Satyakama. So you should simply say that you are Satyakama Jabala.’ With that knowledge about his origins, the boy left home to find himself a teacher.

The composers of the Upanishad thought the origin story involving a young woman—her youthful ways where she may have happily had many partners or sex under duress (remember she was a maid) and later her illegitimate child—as worthy of inclusion in a work that speaks to the ultimate realities of the human mind. The sexual histories of a person aren’t seen as something to be ashamed of but rather a steady acquiescence to the fact that life is what it is

In due course Satyakama Jabala went on to become one of the most common presences in the Upanishads—despite being a mysterious spectral figure, about whose inner life we know little. Not much is heard about Jabala either after this tale. But what is striking about this episode are the unspoken aspects that live within this seemingly plainfaced conversation between a mother and her child.

One, perhaps the most remarkable aspect, is that the composers of the Upanishad thought this origin story involving a young woman—her youthful ways where she may have happily had many partners or sex under duress (remember she was a maid) and later her illegitimate child—as worthy of inclusion in a work that speaks to the ultimate realities of the human mind. Two, the sexual histories of a person aren’t seen as something to be ashamed of but rather a steady acquiescence to the fact that life is what it is. Both her matter-of-fact response and Satyakama’s willingness to internalise his mother’s ways of being as part of his own identity speak to a higher ideal—truth telling—over all else. In this sense, this fragment of the Upanishad is more Kantian (truth as a categorical imperative) than the more poetic commitments to truth, exemplified by Krishna in the Mahabharata. Third, such texts aren’t necessarily morality plays but an effort to flesh out what remains when we try to see life shorn of ideological layers and covering. What follows is a psychological experience that is both self-discovery as well as a test: should one speak truth at a cost to oneself? Fourth, more sociologically, the ease with which a mother’s name can become the ‘surname’ or an identifier of a child’s place in society speaks to a social way of being that we have now almost entirely lost. And last, perhaps most importantly, Jabala’s answers can be interpreted as her way of teaching her son that for all his wanderings in search of truth and Brahman, she had already taught him the greatest lesson: only truth can make you free.
To my mind, if we seek to locate the beginnings of Indian intellectual history, we must look not at the esoteric worlds of the seers and sages of the ig Veda, but rather to this story of a single mother, who lived her youthful years in ways she deemed fit, and then when asked about it, she spoke about it truthfully in an everyday language without fuss or fanfare. To her, there was no other way to be but to live in truth.